Up to the last decade, the pharmaceutical industry had followed a trial-and-error approach to medicine by applying a drug to an entire patient population when treating a given disease. As a result, the overall drug efficacy in selected diseases was only around 50 per cent. Moreover, adverse drug reactions were among the leading causes for hospitalisation and mortality in the US.

Given the associated cost burden with this approach and the vastly improved understanding about the important role of biomarkers in the light of disease biology and drug interactions, a significant change towards more targeted drugs was initiated by the pharmaceutical industry since then. During drug research, biomarker activities are aimed at validating drug targets or to further the understanding of drug-related pathway biology and the underlying disease mechanism. In this regard, a significant number of whole genome association studies have been performed with a focus on gene selection.

During drug development, the current focus is clearly on applying biomarker strategies to optimise clinical study designs to facilitate a faster path to proof-of concept and a go / no go decision with respect to clinical outcome. Eventually, this approach may even lead to companies conducting smaller clinical trials through patient stratification with the potential to market a drug based on a respective diagnostic outcome to guide treatment decisions. In addition, using genetic biomarkers may help pharmaceutical companies enhance product differentiation and potentially extend product life cycles by targeting therapies earlier on in the treatment of disease, or even in disease prevention.

To date, significant biomarker activities are focussed on the field of oncology where more targeted drugs have demonstrated improved efficacy and, therefore, often command a higher price. Some of the most recently marketed cancer drugs have found their niche with the aid of biomarker-related molecular assays. For example, Roche’s Herceptin and GSK’s Tykerb both treat breast cancer patients whose tumours contain multiple copies of a gene called HER2. In addition, Roche’s Tarceva, Imclone’s Erbitux and Amgen’s Vectibix all target EGFR which is activated in various ways in many forms of cancer. Novartis’ Gleevec was followed by newer ABL inhibitors including BMS’ Sprycel and Novartis’ Tasigna which address patients with BCR-ABL mutations resulting from Gleevec treatment. All drugs mentioned are supported by diagnostic assays that have been specifically developed for the respective biomarker / drug.

In addition to oncology, strong efforts are on in other disease areas with large patient populations with a high clinical need. Such disease areas include Central Nervous System, Inflammation and Metabolic Disorders.

Clinical Data Inc. is a global biotech company with over a decade of experience in discovering and applying biomarkers to drug development. It is developing vilazodone, a targeted therapeutic for the treatment of major depressive disorder. Vilazodone is a genetically-guided serotonergic antidepressant with a dual mechanism of action: a Selective Serotonin Reuptake Inhibitor (SSRI) and a 5HT1A partial agonist. In late 2007, the company announced positive results from its first Phase III registration trial which compared vilazodone to placebo in 410 patients. This trial also helped to identify proprietary candidate biomarkers for a potential companion pharmacogenetic test for assessing a patient’s likelihood of response to Vilazodone. As depicted in Figure 1, a biomarker -positive treatment group showed a two-fold increase in terms of efficacy after eight weeks compared to the biomarker -negative subgroup but also compared to placebo. Interestingly, this biomarker subgroup represents about 30 per cent of the total depression in patient population.

Clinical Data has almost completed its second Phase III registration trial, which is designed to confirm these findings from the first Phase III study and to validate the biomarkers that were identified. Results of the second study are expected in the first half of 2009, and the company anticipates filing a new drug application (NDA) with the US FDA for vilazodone for the treatment of major depression by the end of 2009.

Biomarkers represent an attractive, and arguably more efficient, approach to developing targeted therapies with improved efficacy and safety, as well as predictive diagnostics that can be used to guide treatment decisions. At the same time, biomarkers offer the opportunity to reduce both the technical risks associated with drug development and the related R&D costs. Regulatory authorities, such as the FDA, are clearly supportive of biomarker approaches as witnessed by the FDA’s guidance in 2005 with respect to the submission of pharmacogenetic data as part of NDA filings. The FDA also recently drove label changes to marketed drugs such as irinotecan and warfarin by incorporating biomarker-related information into the label in an effort to increase patient safety when using certain drugs, which in turn could reduce the healthcare costs associated with the treatment of adverse events.

Pharmaceutical companies are also beginning to advocate for label changes as new biomarker information on their drugs emerges. For example, Amgen reanalysed their clinical trial data for their colon cancer drug Vectibix following concerns from the EMEA that the drug did not provide enough benefit to patients. The drug was finally approved for patients only whose tumours did not have a mutation in a gene called KRAS. And these are just some of the recent examples which demonstrate the power of biomarkers for improving the development and marketing of targeted therapeutics and diagnostics. This trend is likely to continue and the ‘promise of personalised medicine’ may be fully realised as biomarkers become a more integral part of future drug development and commercialisation. 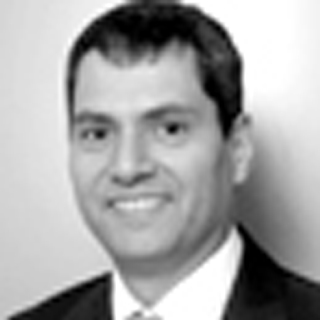 Michael Lutz came to Clinical Data Inc., a NASDAQ-listed biotech company in August 2007 following the acquisition of Epidauros where he served as Chief Executive Officer since April 2006. Lutz became Global General Manager of Cogenics, the service division of Clinical Data, in November 2007 and was also appointed as Senior Vice President Pharmacogenetic Partnerships of PGxHealth,USA, the product division of Clinical Data.