More than 1b people are impacted by chronic and acute lung diseases globally. Despite the growing health and wellness centricity across countries, respiratory conditions have not received the attention they need. Current need is two folds, covering the whole gamut of lung diseases in awareness generation including rare conditions like Interstitial Lung Diseases and increased focus on R&D for the understanding of these diseases and evaluating new lines of treatment powered by Pharmacogenomics. 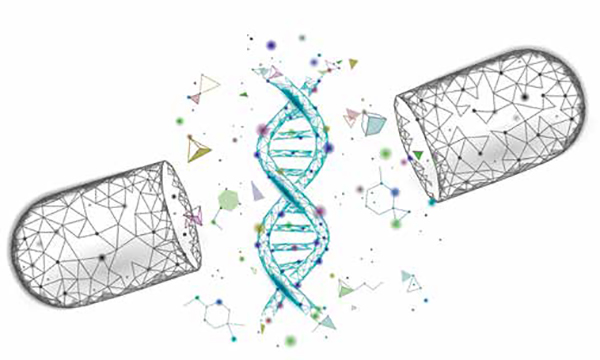 More than one billion people are impacted by chronic and acute lung diseases globally Infact, non-communicable diseases, such as chronic respiratory diseases are among the biggest reasons for fatality (WHO). Despite the growing health and wellness centricity across countries, respiratory conditions have not received the attention they need. If at all they do then it’s more for infectious conditions like Tuberculosis. But when wellness is looked at holistically, healthy lungs and lung health is paramount for overall health and wellbeing. According to WHO, respiratory illnesses lead to over 10per cent disability adjusted life years (DALYs), are second only to cardiovascular conditions such as Stroke in terms of fatality and constitute to 5 of the 30 leading causes of death (WHO ). Current awareness and efforts are mainly directed towards control of indoor and outdoor air pollution and awareness generation around the major respiratory indications such as chronic obstructive pulmonary disease (COPD), asthma, tuberculosis and lung cancer. The need, however, is two fold, covering the whole gamut of lung diseases in awareness generation including rare conditions like Interstitial lung diseases and increased focus on R&D for the understanding of these diseases and evaluating new lines of treatment powered by Pharmacogenomics.

Traditionally, pharmacogenetics considered drug response as monogenic, following the Mendelian principles. Over time multifactorial genetic influences were looked at in Pharmacogenetics, such as the influence of environment, and this widened the horizon. Pharmacogenetics now also considers variability in gene expression which may arise due to other factors such as drug induced variation, rather than a mutation. With systematic and procedural advances pharmacogenetics evolves into the wider discipline of pharmacogenomics. Pharmacogenomics helps identify the underlying genetic causes of common diseases, which implies that new and more precise drug targets can be identified. This further implies therapies with not just improved drug safety but also better efficacy. Once the right drug targets are determined, patients can be categorized into different genetically defined classes by virtue of race or population sub-groups with a particular gene. These are groups that are likely to have similar reaction to a drug. Lung conditions such as the Interstitial lung diseases (ILD) can benefit significantly with Pharmacogenomics given the observed variability in patient outcomes with current standards of care (PubMed , ResearchGate ).

Lungs are a vital organ for survival, pumping over 20,000 breaths in a day, they keep all the body organs alive by infusing the required amount of oxygen. Studies indicate that upto four million people die prematurely due to chronic respiratory diseases (Annals of Global Health ). Different lung conditions have varying prevalence across the globe. Prevalence of Interstitial lung diseases (ILD) has been noted to range from 6.3 to 71 per 100,000 people. In North America and Europe, Idiopathic Pulmonary Fibrosis and Sarcoidosis are the most prevalent forms of ILD observed. There is wide variation observed in the prevalence of ILD alone.For instance in countries of Asia like India and Pakistan, Hypersensitivity Pneumonitis has relative higher frequency. In some other countries such as Belgium, Canada and Saudi Arabia, connective tissue disease ILD has relative higher prevalence. This significant variation in
prevalence of ILDs is not a reflection of the actual prevalence in the underlying population but also represents the differences in disease classification. Lack of standard ontologies and lack of globally representative data or omparative epidemiological studies on ILD are all opportunity areas for enabling global effort in disease management.

How can pharmacogenomics help

ILD constitutes a set of heterogeneous, inherited, lung conditions, which show significant variation in response to therapies. Also referred to as Fibrotic interstitial lung diseases (ILDs), these conditions are associated with high mortality rate, tend to have an unpredictable disease course but also have clinical features that frequently overlap (PubMed ). The disease susceptibility and progression both have genetic association. With the application of pharmacogenomics, the genetic factors that influence the response to treatment, can be understood. Drug metabolism and disease activity are both influenced by different genetic factors. Several genetic associations have been established for conditions like Idiopathic Pulmonary Fibrosis (IPF), one of the Interstitial lung diseases and the most common fibrotic lung disease, with the application of genomic technology. Several studies have indicated the susceptibility to IPF and also mortality to be associated with certain genes. Studies have also indicated toxicity and severe adverse drug reactions with the current standard lines of treatment in conditions such as IPF – a patient suffering from IPF and treated with Azathioprine developed severe alveolar haemorrhage (European Respiratory Journal ). The potential that Pharmacogenomics holds is not just in avoiding situations of such ADRs but also identifying the right drug and dose for each patient for improved efficacy in conditions such as IPF.

IPF is a chronic condition with unknown etiology and high rates of mortality. With the application of the principles of Pharmacogenomics, an individual's molecular data and the 'omics' data (viz genomic, proteomic, epigenomic) can be used for identifying strategies for disease prevention and management. The Pharmacogenomic concepts can be applied to both the sporadic and familial forms of IPF and offers significant hope for better disease outcome through effective and timely predictions and overall disease management. This approach holds significant potential in not just personalizing treatment for IPF patients but also identifying the need for lung transplant. Over time cumulative data from such approaches can help in stratifying patients basis their omics data and planning the right disease management approaches for them (PubMed ).

Similarly in COPD, inhaled corticosteroids are commonly prescribed but patient outcomes and even Adverse Drug Reactions tend to vary with the same therapy for patients because of known genetic linkages (PubMed ).

Besides other lung conditions, Pharmacogenomics holds great potential in lung cancer treatment as well. Chemotherapy in Lung Cancer is known to substantially improve overall survival as also progression-free survival. However, ADRs and even mortality is known post chemotherapy and patient outcomes show significant variation. Thereby there is need for individual specific dose and treatment basis pharmacogenomic evaluation for personalised care and better outcomes. Pharmacogenomic studies have indicated variation in tolerability and response to chemotherapeutic agents used in the treatment of lung cancer (PubMed ).

Lung diseases such as IPF have been shown to have genetic linkage. This holds good not just for the familial form but also the sporadic form of IPF. Pulmonary fibrosis is observed to be caused by mutations in surfactant proteins. Some studies have indicated mutations in telomerase in individuals of families suffering from IPF. Infact even in cases of sporadic IPF, shortened telomeres have been observed. Studies have also indicated that a variant in mucin 5B, predisposes individuals to IPF and this has been observed in individuals with both the familial and sporadic types. This further implies that even sporadic is triggered by existing genetic predisposition (PubMed , PubMed ). Environmental factors, cigarette smoking, exposure to metal fumes and wood dust exposure, all exacerbate the risk of developing IPF but the disease still has a genetic predisposition. The same is evident through its familial aggregation. Pulmonary fibrosis is known to occur in many rare genetic disorders, a fact that further reinforces this.

Other forms of ILD which may have genetic origin include – Lymphangioleiomyomatosis (LAM), Nonspecific interstitial pneumonia (NSIP), Pulmonary alveolar proteinosis (PAP) and Sarcoidosis.

Besides ILDs, many other rare lung conditions have a genetic association. Chances of developing COPD or Emphysema increase in individuals with Alpha-1 Antitrypsin deficiency, a genetic condition. Cystic Fibrosis and Pulmonary Arterial Hypertension (PAH) are also know to have genetic association (Cleveland Clinic ).

The economic value in pharmacogenomic evaluations

On closer evaluation it can be surmised that Pharmacogenomic assessment in lung diseases offer economic benefit as well alongside the promise for a better quality of life for the patient. Prevalence of genetic variance, cost of the Pharmacogenomic test as also cost of choosing the wrong treatment are the primary factors that can help assess the economic viability of pharmacogenomics. The fact that Pharmacogenomics may hold potential for improved drug effectiveness and reduced ADRs for various lung conditions, impinges on the overall cost effectiveness of the treatment.  Additionally, it may help with reduced toxicity in drug development which is a big reason for Pharma companies as well to focus on Pharmacogenomics. It will be important to determine the clinical effectiveness of Pharmacogenomics for different lung conditions, esp in comparison to the standard lines of treatment before its widespread adoption can be envisaged.

Savings would be realised by elimination of costs due to a failed treatment. In a study done using retrospective health claims data of Asthma patients, the pharmacogenomic evaluation in clinical practice was assessed. The study investigated alternate clinical strategies for establishing how potential costs can be offset. Annualised per patient cost was evaluated under two approaches, not testing any patient or testing all patients on the likelihood of a non-responsive genotype. The study observed that while upfront pharmacogenomic testing costs for Asthma patients may be high, this is offset by avoiding costs of non responsive treatments (Research Gate ).

Lung diseases fail to receive the attention and concerted global effort that they deserve despite the disease burden. The global spread of lung diseases varies still chronic respiratory diseases are among the leading causes of fatality globally. The overall spread of Interstitial lung diseases (ILD) or the diseases constituted within ILD shows marked difference across countries. This can be ascribed to not just a difference in population and their genetic makeup but an important reason is also the lack of standard definitions and ontologies for classifying these diseases.

Pharmacogenomics offers great hope for several lung diseases which tend to have variable outcomes with traditional lines of treatment and also lead to high mortality. With the leverage of Pharmacogenomics based diagnostic tests, underlying genetic causes of lung diseases can be determined. With this approach new and more precise drug targets can be identified such that overall effectiveness of treatment can be improved with better safety results. Patients can also be stratified into sub-groups based on multiple parameters such as race, genetic make-up; this is especially important considering that genetic factors can lead to upto 95per cent variability in treatment response. The benefit of Pharmacogenomics lies in not just capturing the genetic effect but also considering other factors such as the impact of environment or drug induced variability in gene expression which may otherwise be construed as mutation. 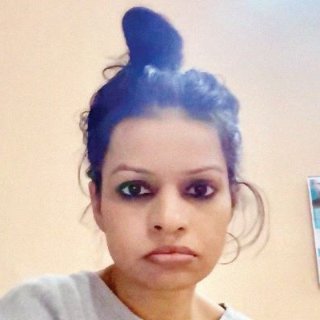 Awani is a consultant with 18 years of experience in Life Sciences and Healthcare industry. She is a Biotechnology major and has worked with several leading Pharma clients in providing research and analytics services.