Synergy Between the Industry and Academia

\"Genetic passports\"-derived from the Human Genome & HapMap Projects-help guide the choice and dosing of drugs throughout each individual\'s lifetime.

Personalised medicine and individualised drug therapy are terms that characterise an evolving goal of therapeutics. Although studies in the underlying science that facilitate personalised medicine were primarily initiated by investigators in government and academic laboratories, some in the pharmaceutical industry have been active participants (or interested bystanders). Regulatory agencies are also increasingly involved in such efforts1. The goal of personalised medicine is to move beyond the “one-size-fits-all” approach that commonly characterises therapeutic strategies, especially in adults, to one that tailors such strategies, in terms of drugs and their doses, to individual patients.

Although clinicians have often made efforts to individualise treatment regimens—therapeutic decision-making, including dosing—has generally been empiric. Progress in biomedical science, most prominently in greater understanding of pathogenesis, has given healthcare providers the opportunity to choose therapeutic agents that more precisely target the molecular entities that cause or have impact on particular diseases in particular patients and that take into account inter-individual differences in drug handling and drug action.

The key developments in this regard have been the completion of the Human Genome Project and the more recent results from the International HapMap Project2,3. The Human Genome Project defined the number and identity of genes and gene families, based on genomic sequencing of a small number of individuals. The HapMap Project extended such studies to a larger number of ethnically diverse individuals and defined haplotype blocks, i.e., regions of individual chromosomes that are inherited together and can thus be identified / tagged by particular markers, generally Single Nucleotide Polymorphisms (SNPs), which represent changes in individual bases that comprise DNA. Such polymorphisms occur ~1/200 bases in human genomic DNA and can alter the sequence that encodes amino acids (i.e., non-synonymous SNPs) or because of redundancy in the DNA code, substitute one base for another without changing the encoded amino acids (synonymous SNPs).

Other SNPs occur outside the exonic coding region and are located in upstream 5’ and downstream 3’ non-coding regions or in introns; at those locales, such SNPs can influence gene expression and stability by altering the binding and action of regulatory proteins. Genetic variants also include deletions and insertions. Work in progress seeks to define the functional importance and influence of genetic variation on physiology, disease (propensity, phenotype, severity and progression) and drug responses. The next phase in the major initiatives related to genomic analysis is the ENCyclopedia Of DNA Elements (ENCODE) Project, which is designed to identify all functional elements in the human genome via computational and experimental efforts4. Crawford and colleagues have stated that, “If one were to look across the human genome in the entire world population, every base compatible with life has been mutated”5. This conclusion likely requires further experimental documentation, which is being sought in numerous basic and clinical research laboratories.

A major driving force for the Human Genome and HapMap Projects has been the notion that information derived there from would prove essential for defining the contribution of genetics and genetic variation to human health and disease. In turn, results from these projects were expected to identify new drug targets and improve the ability to diagnose and treat patients, thus helping advance rational therapeutics. Results indicating that the overall inter-individual variability in the genome is quite small (<1>

Progress related to such genomically-enabled medicine6 includes efforts to: 1) reclassify diseases, e.g., various cancers and cardiovascular disorders, based on genetic/ genomic “signatures”, i.e. patterns of genetic changes; 2) stratify patients so as to facilitate identification of features of diseases and outcomes in genetically uniform populations and 3) use of genetic information to guide the discovery, choice and dosing of therapeutic agents. Because we are at an early phase of the application of genomic information to human health, disease and therapeutics, one cannot predict with certainty its ultimate impact. Even so, predictions can be made based on what has been learned so far and how this information has begun to be applied.

With respect to therapeutics, the role of genetics has been recognised for several decades. The term pharmacogenetics was introduced to reflect the role of genetics on pharmacokinetics (drug absorption, distribution, metabolism, excretion) and pharmacodynamics (drug action). By contrast, pharmacogenomics is defined as the use of genetic information (identification and characterisation of genetic variants, including throughout the entire genome) that influence pharmacokinetics and pharmacodynamics.

Most work in pharmacogenomics has emphasised genetic variants that influence pharmacokinetics. This is likely a consequence of several factors, including the much greater understanding of genes and proteins involved in drug absorption, distribution, metabolism and excretion. For example, the existence of genetic polymorphisms, especially SNPs, in cytochrome P450s that metabolise most drugs and environmental chemicals and the resultant inter-individual differences in such metabolism were known for many years prior to the Human Genome Project. There are numerous clinically relevant examples of genetic differences in drug metabolism that alter drug efficacy and toxicity: these include those in thiopurine methyltransferase that enhance 5-mercaptopurine- and azathioprine (which is metabolised to 5-mercaptopurine) promoted bone marrow depression and variations in CYPD6, which metabolises >60 drugs that are commonly prescribed and in CYP2C9, which metabolises ~15 commonly used drugs.

One of the drugs metabolised by CYP2C9 is the anticoagulant warfarin, which shows substantial inter-individual variation in doses required for anticoagulation through its ability to block the formation of Vitamin K-dependent clotting factors. Recent data reveal that genetic variation in the key molecular target of warfarin, Vitamin K epOxide Reductase (VKOR), which catalyses the conversion of Vitamin K 2,3-epoxide to Vitamin K, is an important source of inter-individual variation in response to warfarin. Rieder et al7 identified 10 common noncoding SNPs in the VKOR Complex 1 (VCORC1) that are organised into multiple haplotypes, two of which, A and B, predict, respectively, high-dose and low-dose requirements for warfarin and influence transcriptional expression of VKORC1. Asian-Americans and African-Americans more commonly express the A and B haplotypes, respectively. Genetic variation in VKORC1 contributes ~25% of the inter-individual variation in warfarin dosing while variation in warfarin metabolism by CYP2C9 contributes ~10%. Thus, genetic variation in both metabolism and action, i.e., pharmacokinetics and pharmacodynamics, contribute to inter-individual differences in warfarin dosing and response; knowledge of the key genetic contributors to such differences should help improve the clinical use of warfarin and prevent bleeding events that result from excessive administration of and response to the drug.

Genetic variants in adrenergic receptors (adrenoceptors) represent another example related to pharmacodynamics. Nine adrenergic receptor genes encode each of the 3 subtypes of ?1, ?2 and ?-adrenergic receptors that mediate response to the endogenous catecholamines norepinephrine and epinephrine as well as to exogenous adrenergic agonists and antagonists. Many studies have assessed genetic variants in adrenergic receptor genes and their possible contribution to various diseases and responses to adrenergic agents8,9; diseases of particular interest include asthma and other pulmonary disorders, hypertension and various cardiovascular disorders—all settings in which adrenergic agonists and/or antagonists are commonly prescribed. The precise role of genetic variants of adrenergic receptors in such disorders has not yet been fully defined. Of note is the recent demonstration of the contribution of the Gly ?Arg389 variant in the ?1-adrenergic receptor in congestive heart failure patients10. This variant is associated with greater agonist-promoted cardiac contractility and with greater benefit (reduced mortality) in a large clinical trial with the ?-blocker bucindolol. Such data suggest that genotyping may facilitate stratification of heart failure patients and identify individuals who will benefit from treatment with bucindolol and perhaps other ?-blockers.

Findings such as those noted above have the potential to enhance interactions between investigators in academia and those within the pharmaceutical industry. The application of genetic information provides the opportunity to improve drug efficacy and decrease toxicity, thereby increasing the therapeutic index of particular drugs in individual patients and groups of patients. This goal may become an imperative with respect to reimbursement, quality of care and prevention of medical (i.e., therapeutic) errors by governments and third-party payers. If a therapeutic complication can be avoided by conducting a genetic test, such a test may be required as part of the standard-of-care in medical practice. The precise settings in which such genetic information will prove essential are still being defined. Testing to characterise genetic identity (termed “explicit genetic inference”) offers a means to define the contribution of genetic factors that previously were inferred through the family medical history, a subjective and often incomplete recollection of relevant medical information. As the cost of genotyping decreases and its availability increases, future extensive (or complete) genotyping will likely occur at birth or in utero, thereby generating “genetic passports” that will help guide diagnostic, therapeutic and preventive approaches for each individual, although challenges remain in terms of implementation and availability of genetic passports11.

Such a scenario creates opportunities for synergy between investigators in industry and academia. Those in the pharmaceutical industry must have access to normal subjects and patients with appropriate diseases for drug testing and validation, especially since Phases 1-4 are likely to remain the sine qua non for the drug approval and monitoring processes. Such clinical testing should be aided by genetic stratification that identifies individuals who have disease- causing or disease-modifying molecular entities that also serve as drug targets. Clinical trials that utilise genetically homogeneous groups of patients have the potential to yield more cost-effective ways to obtain insights into drug efficacy and toxicity, as suggested by the results of the bucindolol trial in heart failure, noted above. Indeed, genetic information may “rescue” the latter drug since the trial was terminated because bucindolol was deemed to have no benefit, when, in fact, the drug was efficacious in patients with Gly ? Arg389 ?1-adrenergic receptor10.

In sum, pharmacogenomics provides the opportunity to optimise treatment for patients based on greater insight into both pharmacokinetics and pharmacodynamics. Knowledge is likely to advance most prominently regarding drug targets and underlying genetic differences in the inter-individual expression and properties of those targets. Genetic information is being rapidly generated with the use of increasingly feasible, economical methods. The ultimate utility of this information, though, will likely require partnership between academia and industry, probably together with government regulatory agencies, in their complementary and synergistic approaches to improve human health.

Work in the author’s laboratory is supported by grants from the National Institutes of Health, Leukemia and Lymphoma Society and Ellison Foundation.

6. Austin CP. The impact of the completed human genome sequence on the development of novel therapeutics for human disease. Annu Rev Med. (2004) 55:1-13. 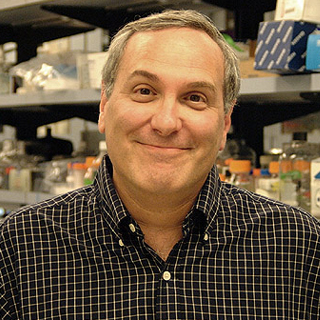