In the pre-clinical phase of drug development, no in vivo or in vitro methods to screen the hypersensitivity potential of drugs are performed on routine base. Our improved understanding of molecular mechanisms underlying drug-induced inappropriate immune activation that could be used to assess allergenic potential of drugs will be discussed.

Drug Hypersensitivity Reactions (DHRs) belong to type B adverse drug reactions, defined by the World Health Organisation (WHO) as dose-independent, unpredictable, noxious, and unintended response to a drug at dose normally used in humans. They include drug intolerance, drug idiosyncrasy, drug allergy and non-allergic anaphylactic reaction. Most of type B reactions have an immunological basis, including idiosyncratic liver injury, often resembling hypersensitivity reactions.

Gomes et al. reported that DHRs represent about one third of adverse drug reactions, overall, affecting 7 per cent of the general population and up to 20 per cent of hospitalised patients. The incidence of drug-induced anaphylaxis has been estimated to range from 0.04 to 3.1 per cent, with an increased rate by 150 per cent from 1997 to 2005.

DHRs are responsible for significant morbidity, mortality and socioeconomic costs. Therefore, it will be extremely important to have tools in the preclinical phase to identify potential drugs having the intrinsic ability to activate an inappropriate immune response to have proper risk management measures in place.

Despite the important adverse reactions linked to hypersensitivity, currently in the pre-clinical phase, there are no validated or requested in vivo/in vitro tests to assess the sensitising potential of a drug.

This article will focus on low molecular weight drugs, discussing available in vitro tools and challenges in the pre-clinical safety assessment of drug-inducing hypersensitivity reactions. Different it is the case with therapeutic proteins, which possess the structural complexity sufficient to induce a specific immune response, or drug-inducing pseudo-allergic reactions, in which adaptive immune response is not involved. Readers are referred to a recently published article by the same authors on the same topic.

Hypersensitivity reactions can be divided in non-allergic (pseudo-anaphylaxis) or allergic when mediated by a specific adaptive immune response. In the latter case, they can be defined as an excessive humoral or cellular immune response to an antigen which can lead to tissue damage or systemic effects.

Although the underlying mechanisms of drug-induced hypersensitivity are not completely understood, the creation of neo-antigens and/or the provision of adjuvant-like effects, together with danger signals resulting from cell or tissue damage, are considered important elements.

Central to all immune-mediated hypersensitivity reactions are helper T cells (Th). Th cells are an essential component in the pathogenesis of both antibody-mediated or cell-mediated hypersensitivity reactions to drugs or chemicals. These cells only see the antigen if associated with MHC class II expressed on antigen presenting cells, such as Dendritic Cells (DC). DC are central in the initiation and regulation of any adaptive immune responses. Following the contact with antigens, DC undergo a process of maturation associated with the expression on the membrane of several co-stimulatory molecules (e.g. CD80, CD86 and CD40), various adhesion molecules (e.g. CD54, CD58), and secrete different cytokines (e.g. IL-1β, IL-12, IL-18). Thereafter, DCs migrate in the draining lymph node or in the spleen, where antigens are presented to specific T lymphocytes, through DC-bearing MHCclass II molecules and co-stimulatory adhesion molecules expressed on both DC (i.e. CD86) and T cell (i.e. CD28) necessary to ensure full T-cell activation.

Traditional drugs have low molecular weights (< 500 Da) and as a such they are too small to be “seen” by T cells, which do respond only to MHC/HLA-peptide complexes typically consisting of 8-12 amino acids in length. Immune-mediated drug hypersensitivity primarily results from immune-sensitisation to a druginduced neo-antigen. Therefore, low molecular weight drugs have first to bind to a larger peptide or protein before they can be recognised T cells or in some cases the drug may bind directly to HLA molecules and /or T cell receptors to initiate a T-cell response. In addition, drugs may alter protein structure, the process of antigen presentation, or by causing cellular or organ damage may induce the release of previously hidden auto-antigens (e.g. DNA or histones) for which no tolerance exists, favouring the development of hypersensitivity and autoimmune reactions.

While the complexity of the immune system cannot be easily duplicated in vitro, if we agree on the hapten hypothesis as the main mechanism together with the centrality of DC in the activation of specific immune response, where the adaptive immune response leading to severe DHRs are presumably preceded by an innate immune response, we could imagine to be exploit these two aspects in the screening of drugs that could induce unintended immune activation for hazard identification. Keeping in mind of course, that the effective risk of a hypersensitivity reaction in the patient will also depend on other factors, including formulation, dose, route of administration, genetic predisposition, disease conditions, etc..

As the use of animals in toxicology is gradually and globally being phase out, also for drugs, efforts should be devoted to develop reliable in vitro assays and integrated testing strategies.

In past decades, an incredible progress has been made in the development and validation of non-animal test methods for skin sensitisation assessment.

Methods based on keratinocyte activation maybe useful for topically applied drugs, for drugs inducing photo-allergic reactions or for medical devices contacting the skin. While these methods are probably of limited interest for drugs systemically administered, the DPRA (Direct Peptide Reactivity Assay) and the ADRA (Amino acid Derivative Reactivity Assay) for assessing haptenisation, and methods based on dendritic cells are potentially useful and relevant for systemically administered drugs (8). Among the validated DC-based methods, I can mention the human cell line activation tests (h-CLAT), which quantifies changes in CD86 and CD54 expression in the human THP-1 cell line following 24 h exposure to the test chemical; the myeloid U937 skin sensitisation test (MUSST), which measures the induction of the expression of CD86 by flow cytometry after 48 h of chemical treatment; and the more recently validated IL-8 Luc assay, which measures the effects of chemicals on IL-8 promoter activity can be mentioned. Among the more than 145 substances in vitro tested and publicly available, few drugs associated with UDRs, including benzocaine, hydroquinone, p-benzoquinone and diphenylclopropenone were tested and correctly classified.

We developed a strategy based on IL-8 production, CD86 and /or CD54 expression in THP-1 cells useful for the in vitro identification of drug sensitisers. The test we developed allowed the correct identification of all the selected drugs tested, including penicillin G, sulfamethoxazole, probenecid and procainamide for which metabolism is needed.

There have been many efforts to develop integrated approaches to testing and assessment of skin sensitisers. For drugs as a possible strategy, as initial screening the ADRA / DPRA should be performed and if positive, classify the drug as sensitiser, while if negative, h-CLAT or any other DC-based methods or keratinocyte-based assay for topically applied drugs should follow - a positive outcome denotes a sensitiser, a negative, a non-sensitiser. The choice of using different assays depends on how they compensate for each other's in terms of technical limitations and applicability domain.

Besides, in vitro methods to assess T cell activation are also available. Information on this event could provide additional evidence to support a safety assessment approach: if the test substance is unable to induce a T cell response, it may be possible to conclude that it does not cause sensitisation, provided the T cell assay is sufficiently sensitive which is still and issue to resolve. The T cell priming assay may offer promises for the in vitro assessment of chemicals inducing a primary immune response if a T-cell repertoire is present in the donor cells. The assessment of immunogenic potential using the T cell priming assay based on blood samples from human donors (>50) may generate information on the frequency, variability and magnitude of responding donors towards a given compound. T cell-based assays could also provide detailed mechanistic information (e.g. T cell receptor repertoire, HLA type, presented peptide by DCs, T cell subset activation and whether the response is CD8+ or CD4+ T cell mediated) on the antigen-specific T cell response. Not least, the other reason for performing the T cell priming assay is related to drugs inducing hypersensitivity by hapten/carrierindependent mechanisms resulting in direct T cell activation. In vitro T cell assays still represents a challenge but it holds high promises. Further investment and collaboration are required to simplify assays, optimise sensitivity, better define human donor-to-donor variability and evaluate the value to predict sensitiser potential of drugs.

One of the challenge is the metabolic capacity of the test system, as in many cases are drug metabolites the culprits rather than the parent compound. Lack of metabolic activity is one of the bottleneck of many in vitro methods. We know from chemical allergens that pro-haptens are negative in the DPRA, while they can still be identified in several of the other assays, but of course this requires a special attention

In Figure 1, a schematic view of DHRs and in vitro methods is presented.

The problem of the pre-clinical identification of immunologically-based DHRs is related to the lack of appropriate experimental models but also to the insufficient use of what is available. We should try to make the best use of our knowledge to identify drugs potentially able to induced hypersensitivity reactions in the preclinical phase.

The number of drugs tested in the currently validated or published methods for the in vitro identification of skin sensitisers of chemicals is overall limited, no more than 15. Currently, there is too little data to know how accurately these assays might be for the prediction of DHR risk. However, additional efforts and extensive resources are necessary to improve preclinical testing methodologies, including optimisation, better design and interpretation of data.

The knowledge that allergenic drugs share with chemical allergens common mechanisms, could enhance targeting toxicity testing in drug development and hazard assessment of hypersensitivity. It is possible to speculate for drugs, as it has been done for chemicals, the possibility of tracking human drug allergens from identification of peptide-bound reactive small chemicals to chemical-specific naive human T-cell activation. 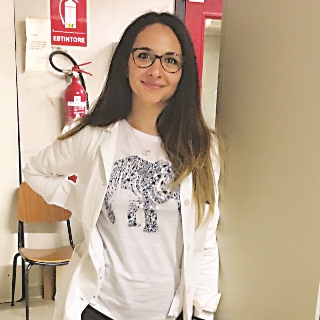 Valentina Galbiati 4 years ago obtained the PhD in Pharmacological Sciences and from 2015 she holds a PostDoc fellowship in the Laboratory of Toxicology at the University of Milan. Starting from 2010, she has been working on non-animal methods for chemicalinduced hypersensitivity. She has authored 36 publications with an H index of 14. ORCID ID: 0000-0003-3380-1501. 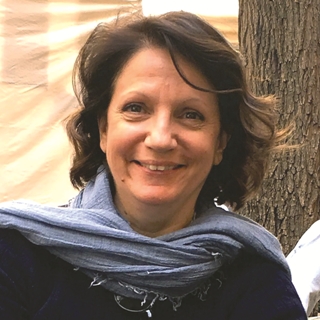 Emanuela Corsini has been working in immunotoxicology and immunopharmacology for over 25 years. Research has been moving in the context of immunotoxicology and immunopharmacology with the study of substances having allergenic/irritating and immunomodulatory effects including drugs, pesticides, endocrine disruptors and nanoparticles. She has authored over 170 publications with an H index of 41. ORCID ID: 0000-0002-6927-5956