The Next Generation of Recombinant Immunotoxins

Reducing Immunogenicity of the Cytotoxic Part

Today’s cancer drugs have considerable side effects caused by off-target activity. Various therapeutic concepts have been developed to improve drug specificity through the use of ligands that bind uniquely to cancer cells. Immunotoxins comprise a cell-specific targeting component coupled to a plant or bacterial toxin, and many such molecules have been evaluated for the treatment of malignancies. Although clinical data are encouraging, the problem of immunogenicity remains unsolved. To allow repeated administration, human immunotoxins with greatly reduced immunogenicity need to be developed. A series of novel constructs encoding different human enzymes to induce targeted apoptosis have been generated with an overall objective to develop tailor-made immunotoxins not only in terms of the targeting component, but also carrying appropriate cytotoxic agents specifically to destroy tumour cells.

The high relapse rates in malignant diseases predominantly reflect the survival of residual tumour cells after standard therapy. Additionally, today’s cancer drugs have the disadvantage of inducing side effects due to their off-target activity. Various therapeutic concepts have been developed to increase specificity and reduce non-specific toxicity. Tumour cells display unique surface markers, making it possible to develop rational strategies for targeting tumours without harming the surrounding normal cells. Thus, the selective elimination of minimal residual disease using adjuvant immunotherapeutic agents, which specifically bind to the diseased cells or tissues, could dramatically improve the prognosis in cancer patients.

Immunotoxins are protein-based therapeutics consisting of a component that binds to disease-specific cell-surface target molecules and another that confers cytotoxicity. The two components are either joined covalently by chemical conjugation or expressed as a fusion protein generated by recombinant DNA technology. The binding moiety is usually a monoclonal antibody, a derivative thereof or a cytokine, ultimately of mammalian origin. In contrast, the cytotoxic moiety is a catalytically active protein-based toxin or enzyme and may originate from any source, including plants and bacteria as well as mammals. After selective binding to diseased cells, immunotoxins are internalised and released into the cytosol. The cytotoxic component then induces cell death through its catalytic activity.

The first generation of immunotoxins were prepared by conjugating native, glycosylated plant toxins to tumour-specific antibodies. This resulted in some non-specific toxicity due to the affinity of the native B chain for common oligosaccharide groups, as well as binding between the glycosyl groups of the toxin and non-parenchymal mannose receptors on liver cells and cells of the reticulo-endothelial system. In the second generation of immunotoxins, tumour-specific antibodies were therefore conjugated to the deglycosylated, catalytically-active A chain, resulting in increased activity and better tolerance both in animal models and phase I/II trials in cancer patients. In patients, the major non-specific and dose-limiting toxicity associated with immunotoxins is Vascular Leak Syndrome (VLS), characterised by fluid leakage from capillaries, a fall in serum albumin, fluid retention, edema and weight gain. Vitetta and colleagues identified a (x)D(y) motif present in both the ricin A chain and human interleukin-2 that caused non-specific binding to integrin receptors on vascular endothelial cells. However, endothelial cell damage caused by high immunotoxin concentrations can usually be managed by adequate hydration of patients. Major challenges for the continued development of chemically-linked immunotoxins include better purification strategies for these heterogeneous compounds, reducing the production costs, and removing the non-specific integrin-binding motif to reduce toxicity towards endothelial cells.

The current third generation of immunotoxins consist of mutant versions of bacterial toxins such as Pseudomonas aeruginosa exotoxin A (ETA) and diphtheria toxin (with the internal integrin-binding motifs deleted) genetically fused to targeting components that recognise disease-specific ligands. The ETA deletion mutant retains the original domain II (responsible for translocation) and catalytic domain III. After binding to its cell-surface receptor, the immunotoxin is internalised and guided to the trans-Golgi network and Endoplasmic Reticulum (ER) by its C-terminal ER retention signal. In these compartments, the immunotoxin is bound to the protease furin, located on the inner membrane, through its furin consensus site in domain II. After cleavage by furin, only the C-terminal portion of the toxin (including the catalytic domain) is actively translocated into the cytosol, where its catalytic activity causes the arrest of protein biosynthesis and cell death.

The first immunotoxin approved by the Federal Drug Administration (FDA) was a fusion of the catalytic/translocation domains of diphtheria toxin with interleukin-2. This was known as DAB389IL2, Denileukin diftitox and Ontak. In a phase III trial of 71 cutaneous T-cell lymphoma patients, a 30 percent response rate was achieved, including 10 percent complete remission. Impressive data was subsequently published on the recombinant anti-CD22 immunotoxin RFB4(dsFv)-PE38 (BL22). This dose escalation study involved the treatment of 16 Cladribine-resistant patients suffering from hairy cell leukemia. Eleven patients went into complete remission; two showed partial remissions and the remaining three had lower doses of the immunotoxin or had pre-existing antibodies against Pseudomonas aeruginosa. Recently, 46 patients with LeY-positive metastatic carcinomas were treated with the recombinant anti-LeY immunotoxin BR96 scFv-PE40. Stabilisation of the disease was documented in 31 percent of the patients. The major problem in comparison to the BL22 study was the immunogenicity of the bacterial toxin.

Theoretically, all non-human structures can provoke these kinds of immune responses. Thus, in patients with functional immune systems, the immunogenicity of recombinant immunotoxins continues to be a major challenge and repeated administration is inappropriate. Possible solutions include the deletion of T-cell or B-cell epitopes, modification with polyethylene glycol or treating patients with immunosuppressive agents. The most obvious modification would be the complete humanisation of the recombinant immunotoxins following the identification and integration of human enzymes that induce apoptosis when internalised. The first new constructs of these fourth-generation immunotoxins are now in development.

Since human RNases are present in extracellular fluids, plasma and tissues, they are considered to be less immunogenic when used for the generation of immunotoxins. Angiogenin, a 14-kDa protein with 64 percent sequence identity to RNase A, was first isolated from tumour cell-conditioned medium, where it was discovered because of its ability to induce angiogenesis. Subsequently it was demonstrated that angiogenin can develop cytotoxic potential with its t-RNA-specific RNase activity. Corresponding chemically-conjugated immunotoxins also showed cell-specific toxicity. Mammalian ribonucleases linked to a recognition moiety that binds a specific cell surface marker have been described and protected.

Granzyme B is an immune defense protein that, following the activation of cytotoxic T-cells or natural killer cells, is secreted from their cytotoxic granules. Following the perforin-dependent translocation of Granzyme B into the cytoplasm of the target cells, a proteolytic cascade is initiated which culminates in the target cell undergoing apoptosis. The initial examples were fusions of Granzyme B with vascular endothelial growth factor and with an antibody fragment targeting
gp240 on melanoma cells showing specific in vitro toxicity against antigen-positive tumour cell lines. Complexes of human proteases including Granzyme B and a binding activity for cellular surface structures have been described and protected in Europe and the US as well as in the rest of the world.

Another tumour-specific property that can be exploited therapeutically is the epigenetic modification that often accompanies the activation of oncogenes and inactivation of tumour suppressor genes, as often seen in apoptosis-associated pathways. It has previously been shown that tumour development can be suppressed by re-establishing the expression of single tumour suppressors such as retinoblastoma protein and p53. In each case, however, the expression construct was delivered on a plasmid or viral vector, making the approach unsuitable for specific tumour targeting in vivo. Drugs that inhibit aberrant kinase activity have been developed to treat proliferative and inflammatory diseases, and some are currently in clinical use, including small molecule inhibitors such as Gleevec (imatinib), Iressa (gefitinib) and Tarceva (erlotinib), and monoclonal antibodies such as Avastin (bevacizumab) and Erbitux (cetuximab). Until now, there have been no reports of therapeutic agents based on the restoration of a missing kinase activity.

A novel combined approach has been developed involving the selective delivery of a putative tumour suppressor protein to CD30-positive Hodgkin’s lymphoma cells by genetically fusing a constitutively active version of death-associated protein kinase 2 (DAPK2) to a CD30 receptor-specific binding ligand. Constitutive reconstitution of DAPK2 activity by this immunokinase resulted in efficient induction of cell death in these tumour cell lines. Complexes of constitutively active human kinases and extra-cellular surface structures internalised after binding have been described and protected.

Having shown the specific cytotoxicity of these human immunotoxins, ongoing studies aim to develop human enzymes as novel immunotherapeutic agents for the future. The ultimate objective is the application of tailor-made immunotoxins not only in terms of the targeting component, but also the cytotoxic agents which will be chosen specifically to destroy tumour cells. 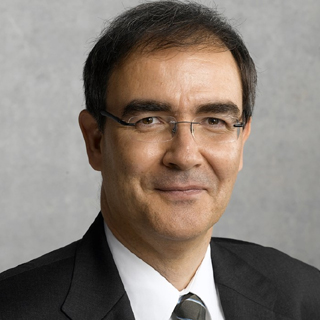