The cellular protein-protein interaction network that governs cellular proliferation (cell cycle) is highly complex. Here, we have developed a novel computational model of human mitotic cell cycle, integrating diverse cellular mechanisms, for the purpose of generating new hypotheses and predicting new experiments designed to help understand complex diseases. The pathogenic state investigated is infection by a human herpesvirus. The model starts at mitotic entry initiated by the activities of Cyclin-dependent kinase 1 (CDK1) and Polo-like kinase 1 (PLK1), transitions through Anaphase-promoting complex (APC/C) bound to Cell division cycle protein 20 (CDC20), and ends upon mitotic exit mediated by APC/C bound to CDC20 homolog 1 (CDH1). It includes syntheses and multiple mechanisms of degradations of the mitotic proteins. Prior to this work, no such comprehensive model of the human mitotic cell cycle existed. The new model is based on a hybrid framework combining Michaelis-Menten and mass action kinetics for the mitotic interacting reactions.

Disruption of cell cycle is an element of almost all diseases including cancer and viral infections. In the context of viral infections, viral proteins manipulate the host cell cycle constructing pseudo-cycles to support virion particle replication (reviewed in [1]). Cell cycle consists of oscillating changes in protein concentrations and activities within the cell allowing for duplication of the host genome and eventual cell division. This process is highly regulated involving multiple cellular mechanisms directly participating in the process and others that sense the cellular environment. These include oscillating changes in protein expressions regulated at the transcriptional and post-transcriptional levels, changes in post-translational modifications and functional activities, and changes in protein-protein interactions and subcellular localizations (reviewed in [2–4]). Alteration in any one of these events can result in changes in the dynamics of each relationship, and ultimately in the cell cycle dysregulation and pseudo-cycle creation, a hallmark of cell pathobiology in cancer and viral infections.

Progression through mitosis is driven by a complex set of protein-protein interaction reactions and their regulations that change over time. These relationships have been experimentally defined over several decades using a variety of conditions, and each published study compares subsets of relationships at limited time points. Our goal was to develop an in silico simulation of human mitosis using published experimental data from human cells by integrating subsets of mechanistic relationships using both quantitative and qualitative data into a single base computational model with enough resolution to approximate outcomes upon perturbation. Mitosis, as described within the Introduction, begins upon MPF kinase (CCNB1:CDK1)

We have developed a novel integrated computational model of human mitotic cell cycle for the purpose of understanding how the human mitotic protein-protein interaction network (Fig 1A) is altered during disease. Unique features of this model include: (1) Integration of multiple pathways and regulations defining entry into, progression through, and exit from mitosis; (2) the role of PLK1 kinase in the regulation of mitosis; (3) inclusion of synthesis and process-dependent degradation of mitotic proteins; and (4) inclusion of the APC/C, CDC20 and CDH1 interactions.

Copyright: © 2020 Terhune et al. This is an open access article distributed under the terms of the Creative Commons Attribution License, which permits unrestricted use, distribution, and reproduction in any medium, provided the original author and source are credited.

Data Availability: All relevant data are within the manuscript and its Supporting Information files.

Funding: This work was supported by the Advancing Healthier Wisconsin, Research and Education Program grant 5520429 to SST and RKD, and by National Institutes of Allergy and Infectious Disease division of the National Institutes of Health under award number R01AI083281 to SST. ST and RD were funded by NIH R21 grant R21-AI149039-01. The content is solely the responsibility of the authors and does not necessarily represent the official views Advancing Healthier Wisconsin or the National Institutes of Health. The funders had no role in study design, data collection and analysis, decision to publish, or preparation of the manuscript. 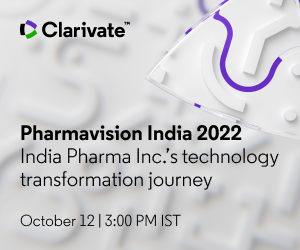