STEPPING INTO THE FUTURES

The pharmaceutical industry is undergoing several changes that are affecting its growth on a global scale. Despite the fact that the Asia-Pac market has faced ongoing challenges associated with regulatory ambiguity, long-drawn approval timelines and evolving policies, an increased global focus on multi-regional clinical trials and real-world evidence, rapidly evolving capabilities in data analytics and AI, a significant focus on precision medicine, in addition to access to a genetically diverse and treatment naïve patient population, has made it the fastest growing market today.

The increasing cost of research in the west, the ongoing tightening of regulations and pricing policies, and major funding cuts for biomedical research have led to an increased interest in the outsourcing of clinical trials. Not only is the APAC pharma market growing faster than the rest of the world, it has a large treatment naïve population, and has shown improvements in the regulatory environment, rapidly making it a preferred outsourcing destination for clinical trials. But are these factors enough to overcome the perceived challenges associated with an unharmonised regulatory environment and problems with IP protection?

North America has the largest share of active clinical trials. While APAC accounts for about 19 per cent of the global clinical trial share, it is expected to reach 30 per cent in the next five years. The Compounded Annual Growth Rate (CAGR) for global CROs is 12.8 per cent. CROs in North America are expected to grow at 10.4 per cent, whereas CAGR for APAC CROs is over 20 per cent, making it the fastest growing CRO market in the world.

Cost predictions for conducting clinical trials have varied over the past several years from US$200 million to over US$2 billion and continue to escalate in the west. The average increase in the cost of conducting clinical trials is 7 per cent higher than the average rate of inflation over the past 20 years (from 1989 to 2009). A few key trends have contributed significantly to the same.

• The productivity of the pharmaceutical industry has led to only incremental improvements in the efficacy/safety of drugs, needing extensive trials to conclusively demonstrate these improvements, while the introduction of novel therapies is rare.

57 per cent of clinical trials fail owing to challenges in recruiting patients. With an increasing focus on chronic diseases, study sizes are growing, resulting in increasing challenges in recruiting patients. In the US, only 25 per cent of elderly cancer patients enroll in clinical trials while accounting for more than 60 per cent of new cancer cases. Low participation has encouraged companies to conduct trials beyond the US and Europe. According to the EMA, between 2005 and 2011, 62 per cent of patients were recruited outside of the EU.

Over a drug’s lifecycle, lengthy timelines lower revenues because of:

The ambiguity of regulations and pricing policies has only increased with the 2018 US fiscal budget indicating major cuts in funding for biomedical research. The average time for a drug to go from discovery to approval takes 11-15 years in the US and Europe. Proposals to repeal the Affordable Care Act and the individual mandate have repeatedly failed, keeping the future unclear and placing pressure on pharma companies in the US.

One of the greatest assets of the Asia Pac CRO market is the access to a large treatment naïve population. Home to 53 per cent of the world’s urban population, and with an annual rate of urbanisation 3 times that of the West, Asia’s emerging middle class, acts as a growth engine for clinical trials in Asia-Pac. China, Philippines and Malaysia, all have less than 10 clinical trial recruitment centres per million people, while India has 0.5, as compared to over 150 in the US. The lower density of recruitment centres indicates greater patient access for pharma companies.

The per-capita healthcare spend in the US is 3 times (Japan) to over 100 times (China) greater than that of Asia (2014). Moreover, patients in Asia pay a far greater percentage of the costs for treatment out of pocket: Out of pocket costs in the US in 2015 were 11 per cent, while those for most Asian countries ranged from 30-60 per cent. With a higher proportion of costs for novel therapies borne by patients, clinical trials prove to be a more cost-effective way to get access to innovative treatments.

Similar disease patterns to the West

Disease patterns in Asia are increasingly mirroring those of the west; with some diseases once prevalent in the West, showing greater occurrence in Asia than the west. Examples include stroke, ischemic heart disease, gastric and lung cancers in China, liver and lung cancers, and chronic, geriatric diseases in South Korea, cervical and gastric cancers in India,providing an opportunity for pharma companies to conduct clinical trials in these countries.

Not only is the number of highly skilled workers in Asia-Pac and citable articles coming out of these geographies rapidly increasing, expertise in various therapeutic areas, the establishment of specialised clinical trial centres hosting thousands of beds and hospitals with de-identified clinical trial databases is putting APAC at the forefront of the CRO industry. Over 80 per cent of tertiary hospitals in South Korea have adopted EHRs, with China aiming to reach 80 per cent EHR adoption by 2020.

EMA Good Clinical Practice (GCP) inspections (2000-2012) have revealed a smaller percentage of critical findings (4.9 per cent) in APAC as compared to the US (15.9 per cent) and the EU (9.1 per cent). In fact, only 1.3 per cent of findings necessitated that official action was indicated (OAI), which was much lower than in the US (9.3 per cent). While there undoubtedly have been ups and downs in the recent past, these low numbers of critical findings indicate high regulatory compliance.

APAC countries have an added benefit over the US in terms of having much lower legal liabilities. A potential lawsuit targeting healthcare providers substantially increases legal liabilities in the US as compared to APAC, slowing down the recruitment process.

Most countries in APAC show great fragmentation of market share. IQVIA is the largest CRO with a 15.6 per cent share of the global CRO market (global or Asia-Pac). Other major global players with a great influence on the Asia Pac include, PPD (8.4 per cent), PAREXEL (7.6 per cent), Covance (6.5 per cent) and ICON (6.1 per cent). On segmentation by trial phase, Charles River Laboratories has 17 per cent of the marker for pre-clinical studies.

Amongst APAC CRO countries, Japan would be considered tier 1, Taiwan, Singapore, Korea and Australia tier 2, and India and China tier 3, based on quality.

China is rapidly catching up with the US and EU in terms of expenditure on R&D with more than US$206.5 billion (US$408 billion using purchasing power parity exchange rates) as of 2015, and US$278 billion as of 2017. It boasts a developing but sturdy research infrastructure and has over 30 regenerative medicine centres and at least 16 public hospitals with more than 3,000 beds each. Regulatory approval in China for clinical trial initiation involves passage through six regulatory bodies contributing to unpredictability as delays can occur at any of these steps. This necessitates partnership with a CRO that can navigate local regulatory requirements that can overcome the language barrier.

China hosts several global pharma players such as Merck, Sanofi and Bayer. However, it has increasingly demonstrated a trend indicating closure of these R&D locations and increased dependence on CROs. The Chinese CRO market still demonstrates a high level of fragmentation, with WuXi AppTec and Tigermed Consulting being the leaders All other players account for less than 1 per cent of the market.

India boasts a highly qualified medical population experienced in conducting clinical trials. The turbulent regulatory system is gradually streamlining, with median approval times falling to 10 weeks. Several multinational CROs in India have end-to-end development capabilities, for which there has been an increasing demand. Another factor influencing partnerships with CROs in India is that there is no language barrier, facilitating partnerships even with local players.

Digital initiatives such as the launch of the SUGAM, the online portal for clinical trial applications, the revision of Indian GCP, the notification of 2017 Medical Device Rules, the drafting of the New Drugs and Clinical Trial Rules 2018 (enabling accelerated approvals for life-threatening or rare diseases, and diseases of special relevance to India ) are expected to drive robust growth of research in India. Thus, there has been a change in how India is being perceived, from skepticism to acceptance.

The Japanese CRO market has been expanding for the past 10 years, reaching $1.5 billion by 2016. It has made strides in lowering regulatory timelines and increasing harmonisation. The Pharmaceuticals and Medical Devices Agency (PMDA) in Japan has made concerted efforts for the standardisation of regulatory processes. Japan’s Sakigake route provides priority review to rare/life-threatening disease drugs or worldfirstdrugs and aims to complete the review within 6 months. It also provides a conditional marketing approval option for regenerative medicines. Singapore and Japan are consistently ranked among the 10 most secure countries in the world in terms of IP rights. The United Kingdom and United States are 14th and 15th, respectively.

The market has been largely occupied by large multinational CROs; EPS, CMIC, Quintiles and Parexel are offering full-stack capabilities.

China, Japan, and South Korea’s Tripartite Cooperation on Clinical Research allows trial data generated in one country to be accepted for drug registration in the other.

The ASEAN countries’ harmonisation initiative, AFTA (ASEAN Free Trade Area), has improved harmonisation of regulatory policies, ASEAN Common Technical Documents (ACTD) and ASEAN Common Technical Requirements (ACTR). ACTD gives information on the format, while ACTR acts as a guide for applicants to prepare an application that is consistent with the expectations of all ASEAN drug regulatory authorities.

Clarification of the regulatory environment over the last few years have set Australia up for a 15 per cent annual growth in trials. Companies are increasingly looking to invest in Australia due to favourable R&D tax incentives, as well as cash rebates such as a 43.5 per cent refundable cash benefit for eligible R&D activities in Australia. Asian countries on an average can provide cost savings to the tune of 30 per cent as against 40 per cent in Australia, as compared to the US. The market is expected to reach USD 600 million by the end of 2019, with a CAGR of 12 per cent with an emphasis on early phase clinical trials. Some of the leading players in Australia include Novotech and George Clinical. An increasingly streamlined regulatory atmosphere and favourable costs are making Australia the leading clinical trial destinations in the word.

APAC is continuing its path to becoming a clinical trial powerhouse. Industry experts foresee major growth in the APAC region. Large patient populations and maturing healthcare systems in India and Australia are demonstrating a huge potential for clinical trial outsourcing. China, South Korea and Japan are strengthening their infrastructure and demonstrating equivalence to the West in terms of quality of clinical trials.

Pharma companies have demonstrated that maintaining quality is more important to them than cost savings and that they would prefer to partner with CROs providing end-to-end services and that would help them navigate local regulatory bodies and that can help address local language barriers, such as those in China.

Although sponsors face significant challenges navigating APAC’s IP, regulatory and language barriers, it is unlikely that a large number of trials will move back to the West. The cost incentives, shorter timelines, lower legal liabilities and strengthening infrastructure tip the scales in favour of investing in APAC. As mentioned, patient recruitment is the number one driving factor for strategic clinical trial outsourcing decisions. The presence of large patient naïve populations and greater recruitment success at APAC sites as opposed to the West makes APAC an integral part of the clinical trial ecosystem of the future. 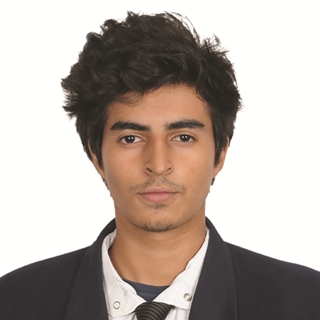 Anmol Limaye, a biotechnologist, is serving as a Business Analyst at Nymro Clinical Consulting Services, where he has contributed to business strategy, competitive intelligence and pricing strategy. He has gained research experience at Tuft’s University School of Medicine and the Advanced Centre for the Treatment, Research and Education in Cancer.