If you had run into Mark Engel, CEO and founder of Excel PharmaStudies, at the recent 2008 China Pharmaceutical R&D Summit at Shanghai, you would realise that even the young biotech industry in Asia is not immune to the rapid globalisation of drug discovery and development. Excel, a leading CRO, was started by a western businessman in China and serves customers all over the world. Moreover, some of the multinational pharmaceutical companies sent more than 20 delegates to the conference. Investment banks, law firms, accounting companies and government agencies also showed up in large numbers to scout for new industry trends. Meanwhile, delegates from many Chinese biotech companies were also there reaching out to other geographies by offering contract research services or trying to attract international investors. With such an international mix of people at the conference, it is not hard to imagine that in a few years it may be difficult to find a mid-size Asian biotech company whose CEO, shareholders, employees, scientific advisors and customers are all from a single country.

About 60 per cent of the world's 6.5 billion people live in Asia. Yet, because of differences in genetics, environment and food, the prevalence of major diseases in Asia is different from those in the West. Bacterial infection is still a major healthcare problem in most parts of Asia, leaving enough scope for large-scale production of antibiotics in China and India. Stomach cancer and lung cancer are more common in Japan and China than in Western countries. Liver disease, the 'National Disease' of China, is much less of a threat in Europe than in Asia. Fortunately, multinational pharmaceutical companies have started to take a closer look at Asian opportunities, especially after clinical trial results demonstrated that Iressa, the anti-cancer drug, was more efficacious in Asian populations.

Even when the US is still recovering from subprime crisis, the GDPs of China and India, the two most populated countries on earth, are growing between 8 and 10 per cent per year. Economic growth is driving the Chinese healthcare market to grow at double-digit rates. With Japan as the second largest healthcare market in the world, developing drugs for diseases prevalent in Asia has now become a priority for Asian biotech companies. Currently, most Asian countries lack sufficient economic power, established business models, or scientific talents to develop strong domestic pharma industries. This situation demonstrates the urgent need for Asian biotech companies to pool their resources across borders.

From late 1990s to the early 2000s Asian government policies encouraged the growth of local biotech companies by offering tax incentives, cheaper land, incubators and direct investment. Since 2000, the Chinese government has attracted Roche, AstraZeneca, Novartis and Pfizer to set up R&D centres in Shanghai's Zhangjiang Hi-Tech Park, hoping to eventually build up close ties between the Chinese biotech industry and multinational pharma companies. Singapore's government has also been consistently investing in biotech infrastructure. Since the late 1980s, Singapore National University has recruited talent from all over the world to fill important faculty positions in the biological sciences. For example, Dr Xin Yuan Fu is one such person, who grew up in China, received his PhD in the United States, and has now moved to Cancer Research Centers of Excellence in Singapore.

Struggling with the high cost and slow speed of clinical trials, which are the major bottlenecks of drug development, Western pharma companies are looking at India and China as the solution. At the same time, many Asian governments have also realised that their countries' limited financial resources, human talent and market size do not justify the development of drugs limited to their own country. To facilitate cross-border clinical research among Asian countries, Japan's Pharmaceuticals and Medical Devices Agency (PMDA), the Chinese State Food and Drug Administration (SFDA) and the Korea Food & Drug Administration (KFDA) have recently held the East Asia Pharmaceutical Regulatory Symposium in Tokyo. With increasing numbers of Japanese pharma companies, such as Eisai and Sankyo, moving their clinical trials to China and India, it is natural for the regulatory bodies of those countries to start thinking about harmonising their different standards.

Today, it would be surprising if a life science department in an American university does not have many Chinese and / or Indian graduate students. Since the late 1990s, waves of 'returnees' have come back to Asia. In fact, most of the 200 biotech companies in Shanghai's Zhangjiang Hi-Tech Park were founded by returnees, who bring back not only international investment, but also their previous academic and industry networks. For example, one of the biotech companies in Shenzhen, China has its company registration in the Caribbean, its operation in China, scientific advisors in the United States, and board members in Hong Kong and Singapore. Likewise, the target markets of these companies' products are also not limited to China alone. Even at the clinical development stage, their products are already licensed out to pharma companies from the United States and Europe.

A mixture of collaborative research, contract research, outsourcing, and co-development is also sprouting all over Asia. Following the success of their Indian colleagues, Chinese entrepreneurs are playing a quick catch-up game in the chemistry outsourcing field, represented by Wuxi Pharmatech and Shanghai ChemExplorer. After successfully outsourcing chemistry on a large scale, the next growth opportunity is testing those compounds in various biological assays locally. However, biological discovery outsourcing is growing at a relatively slow rate due to the complexity of discovery projects. Because quality control and training of teams require more effort, Western pharma companies are yet to feel confident about outsourcing their discovery research projects to Asia. Recently however, GNI / Shanghai Genomics have extended and expanded its FTE-based research programme with Organon (part of Schering-Plough), an achievement that represents a breakthrough in this area.

Although outsourcing or contract research does not generate intellectual property for Asian biotech companies, it provides stable revenue streams and important platforms for their future opportunities. In 2007, Lilly signed drug development agreements with Nicholas Piramal of India and Hutchison MediPharma of China. Such agreements demonstrate that Asian biotech companies are moving up the value chain from pay-for-service to risk-sharing with pharma companies.

The growth potential of Asian biotech companies is by no means off the radar screen of international investors. Venture capitalists, private equity groups and brokerage houses are combing China and India for new opportunities. Recently, Lead Therapeutics completed a seed financing round of US$ 17 million in the US. The company's business model is to have experienced chemists in California generate novel and differentiated small molecule pre-IND candidates against clinically validated therapeutic targets, and then synthesise and test those compounds in China. This approach is one way to reduce the burn rates of young biotech companies in the West. Other leading biotech companies in China, such as MicroPort Medical, Medicilon, Bridge and Ambrosia all have major shareholders from Japan, the United States, or Singapore.

Merger is probably the most direct way to create cross-border advantages. In 2005, Tokyo-based GNI merged with Shanghai-based Shanghai Genomics. The combine has more than 100 people and two drugs in clinical trials in China. GNI was later listed on the Tokyo Stock Exchange. Recently, Wuxi Pharmatech of Shanghai acquired AppTec, and Beijing-based Venturepharm Laboratories acquired 39 per cent of Commonwealth Biotechnologies. Acquiring companies from United States enabled these Chinese companies to be proactive in reaching out to a broad range of customers in the West. After M&A, it is plausible that business development, financing, and some research may remain with high-cost countries, while development, testing production, and support may be moved to low-cost regions.

Recently, GNI / Shanghai Genomics published two target discovery-related articles in the Proceedings of the National Academy of Sciences, USA, demonstrating that the quality gap in discovery research between the West and the East is closing. However, lack of original discovery research is still the major weakness of Asian biotech companies. Closer collaboration with universities all over the world may be a feasible way for Asian biotech companies to access cutting-edge knowledge and new discoveries.

Cooperation among government regulatory agencies is also an urgent issue. Not every Asian country has the size of market or human resources to develop full-fledged pharmaceutical companies. American and European markets are still much larger than that of any Asian country, except Japan. If regulation of clinical studies can be standardised and the clinical results obtained in one Asian country can be accepted by the others, it will create a Pan-Asian pharmaceutical market large enough to encourage all the biotech companies to find their niches, and thus provide a major competitive advantage for the Asian biotech industry. As of today, the borders have not yet broken down, though there are positive signs that it will occur sooner than people think. 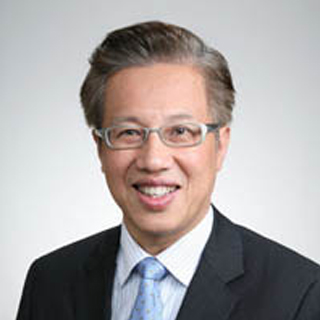 Ying Luo received his PhD degree in 1991 and did his postdoctoral research on HIV gene regulation at the University of California at San Francisco. He is currently CEO of Tokyo based GNI and Shanghai Genomics. His articles have been published in more than 30 scientific publications. In 2007, he received the Magnolia Award from Shanghai Municipal Government for his contribution to the economical development of Shanghai.