Lessons from other Sectors

Pharmaceutical sales forces can overcome their challenges by learning how companies from other sectors have dealt with similar challenges.

Sales force, the main communication channel of the pharmaceutical industry, faces many challenges: lower perceived product differentiation, great heterogeneity in the needs of customers and the value of customers to the company, pressure to find more efficient communication channels, restricted physician access, tighter regulatory constraints, the growing power of non-physician customers, and adversarial relationships with payers and other non-physician customers.

Many primary care physicians are visited by different representatives from the same company. While this makes it more difficult to obtain a holistic understanding of physician needs and respond to them, it allows a sharp promotional focus on individual products. However, in many primary care categories competing brands are perceived to be only weakly differentiated, and the promotional focus on products has become less effective.

Xerox was facing analogous issues in the 1980s. Many of their customers received visits from five different Xerox representatives, each promoting a different product line. However, intense competition-especially from Japanese competitors in the copier category-had reduced perceived product differentiation. This led Xerox to abandon its product-based sales force structure in favour of a market segment-based structure.

Customers were assigned to segments on the basis of size (large, mid-sized, small businesses) and other characteristics (two additional segments comprised distributors, and "institutional" customers respectively). Sales representatives were responsible for the sales of all of Xerox's products to all customers in their designated segment, within a geographic area. The new sales force structure allowed Xerox's sales representatives to better understand their customers, tailor the offerings to their needs and, thereby, compensate for the loss of product differentiation. Together with other initiatives, the restructuring of the sales force resulted in a significantly improved market position for Xerox.

Confronted again with a loss of differentiation in the 1990s, Xerox further sharpened its customer focus by sub-segmenting the largest business segment into several industry segments (e.g. financial, manufacturing, graphic arts and others), and restructured the sales force by industry segments.

Tailoring the communication channels to differences in customer needs

Similar to the pharmaceutical industry, the traditional stock market investment firms such as Merrill Lynch and Morgan Stanley employed highly-paid professionals who provided customers with sophisticated advice, often based on proprietary research. However, the growing availability of stock market information in a variety of media enabled motivated investors to form their own preferences about where to invest. Targeting these "self-directed" investors, who preferred to manage their investments on their own, Charles Schwab's low-price "discount brokerage" firm eliminated the high-cost information services and concentrated on making stock market transactions easy.

After having successfully penetrated the "self-directed" investor segment, Charles Schwab defined two other segments-"validators," who also wanted to manage their own portfolios but required some consultation, and "delegators," who wanted someone else to manage their portfolio for them-and designed communication channels that responded to the different needs of these segments.

Finding the most efficient communication channel for each function

A face-to-face sales representative visit operates as a multi-function communication channel, which can carry many types of communications from the firm to physicians and other types of customers (e.g. information about diseases, products, patients, other physicians), and from customers back to the firm (e.g. customer needs, perceptions, preferences and behaviours; competitor activities). But face-to-face visits are expensive, and some of the functions performed by such visits might be carried out with equal or greater effectiveness at lower costs by some other channels.

Traditional thinking in the copier market had it that copiers, especially large ones, could be sold only through face-to-face visits, particularly to key accounts. Like at other copier companies, the doctrine at Rank Xerox, Xerox's European subsidiary, was that sales representatives should spend as much time as possible on the road seeing customers face-to-face, and minimise the time in the office. But Rank Xerox discovered that salespeople in Colombia and Dubai interacted with customers mainly by telephone, for different reasons: to avoid the risk of being shot while driving in Colombia, and to avoid the sizzling heat in Dubai. Dubai was especially successful. They used the telephone for clients of all sizes and all types of copiers, small to large, visiting customers face-to-face only as required (e.g. to provide a demonstration), and achieved an average revenue-per-salesperson three times that of Europe. When introduced in Europe, the new channel strategy was rapidly adopted throughout the region, boosting Rank Xerox's market share and revenue-per-salesperson.

Matching customer value and the cost of communication channels

Physicians differ in their value to pharmaceutical companies. Indicators of value include actual and potential revenue generation, influence (e.g. opinion leadership) and knowledge (e.g. advisory board members selected for their knowledge of physicians' needs). Communication channels differ in their cost, e.g. face-to-face sales representative visits are more expensive than other channels such as the telephone, fax, and e-mail. The greater a customer's value, the greater can be the cost of the communication channel.

For example, Dell in the U.S. assigned its customers to nine different segments varying in their value to Dell, and provided a channel mix that matched each segment's value. Customers in the highest-value segment were connected to Dell through all conceivable channels including dedicated account teams comprising field and telephone sales personnel, program managers and technical support, and customer-specific websites with extensive functionality. Individual consumers, on the other extreme, could reach Dell only via telephone and Dell's website. Segments in between these two extremes were served by a channel mix in which the availability of costly channels such as field salespeople increased with the value of the segment.

Avon, which sold beauty products directly to consumers in one-to-one meetings in the consumer's home, also was confronted with problems of consumer access. As more and more women entered the workforce, they were not at home during the day and, therefore, not available to meet with Avon representatives. Realising that many representatives sold Avon products as a second job, the company encouraged Avon representatives with other jobs to sell the Avon products at work. By 1998, the at-work-sales accounted for about 28 percent of all Avon sales.

Like the pharmaceutical industry, the tobacco industry is subject to many constraints on promotional practices. In fact, the industry has been engaged in a race of adaptation with regulators; every time regulators impose a constraint, the industry invents novel promotional methods, which trigger new regulations, which in turn stimulate new promotional practices, and so on. For example, the ban on TV advertising led to a surge in sports sponsorships (e.g. Formula 1 races), until sports sponsorship was banned. Other novel promotional methods invented by the industry over the years include the promotion of non-tobacco products with the same brand name as tobacco products (e.g. Salem music stores, Camel clothing stores, Peter Stuyvesant Travel outlets, and Benson & Hedges bistros), overt and covert bar and nightclub promotional events (e.g. models and actresses place a pack of the sponsored cigarette brand on the bar and get men to bum a smoke), and product placement in films.

Pharmaceutical promotion has traditionally targeted primarily physicians. However, the influence of non-physician customers such as pharmacists, patients, and payers is rising in many countries. Pharmaceutical companies need to allocate more promotional efforts towards these new target audiences.

The success of Federal Express in the small package airfreight industry resulted in part from its decision to target non-traditional customers. Prior to the emergence of Federal Express, in most organisations the responsibility for selecting a carrier to handle a specific shipment rested with individuals whose title typically was traffic manager, mailroom supervisor, shipping clerk, or dispatcher. The individuals who originated most of the shipments-executives and their assistants-and who had most to lose from a shipment which arrived late or in poor condition, were rarely involved in shipping decisions for lack of information about the options. Research comparing delivery speeds for Federal Express and its main competitors showed that Federal Express delivered 93 percent of packages the next day compared to 42 percent by the best competitor. Federal Express used this result as the basis for a television and business magazine campaign targeted at executives and their assistants. The campaign sensitised them to the risk of late arrival of shipments, increased awareness of Federal Express and its superior performance, and empowered them to increase their influence over shipping decisions. This resulted in a significant increase in Federal Express's sales and market share.

Transforming an adversarial into a collaborative relationship

With the rise in power of non-physician stakeholders comes the risk of heightened conflict, for the interests of the pharmaceutical industry may not be perceived to be aligned with the interests of pharmacists, payers and others. Each party's attention may be focused on value appropriation. For example, the price of each individual product may become the main focus of discussions, with pharmaceutical companies always insisting on a high price, and pharmacists and payers always demanding a lower price.

Relationships between many fast-moving consumer goods companies and large retailers were similarly focused on price negotiations for each individual product. For example, Procter & Gamble (P&G) and Wal-Mart were in an adversarial relationship whereby each of P&G's salespersons, representing one of P&G's twelve product divisions, was negotiating independently with one of Wal-Mart's purchasing agents. P&G's representatives were wedded to a "load 'em and leave 'em" strategy: "If I can swap more of my product for more of your dollars, I will 'control' the store" (Lou Pritchett, former Vice President for Sales, P&G). Wal-Mart's purchasers, naturally, pursued the opposite goal, namely to minimise Wal-Mart's inventory and the price paid to P&G.

Discussions between senior managers at both companies led to the recognition that their adversarial relationship destroyed opportunities for mutually beneficial value creation. This paved the way for a collaborative partnership, in which the two companies saw themselves as members of a common team with the following mission: "The mission of the Wal-Mart/P&G Business team is to achieve the long-term business objectives of both companies by building a total system partnership that leads our respective companies and industries to better serve our mutual customer-the consumer." P&G assigned 300 full-time staff to its global Wal-Mart team, more than 200 close to Wal-Mart's headquarters alone. Sharing a great deal of information, the team and Wal-Mart cooperated to develop new profitable products and services, allocate resources to in-market products and services and optimise the supply chain. The partnership has served both companies well not only in their relationship with one another but also in making each of them a more valuable partner in other relationships. In an annual survey, in which manufacturers rate the performance of retailers and retailers rate manufacturers, both P&G and Wal-Mart have held the number one spot for many years in a row.

Pharmaceutical companies are facing many challenges in relation to their primary communication channel, namely the sales force. But these challenges are not unique to the pharmaceutical industry. Companies in various other sectors have been confronted with analogous challenges, and some have addressed them successfully. The specific solutions at which they arrived may not be transferable to the pharmaceutical industry. What is transferable, however, is the need to challenge the status quo, the need for creativity, ingenuity and an open mind in the search for solutions, and the need for courage and skill in managing the necessary organisational transition. 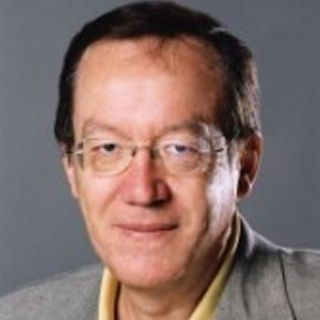