The article focuses on the key implications for international players of the PRC BioSecurity Law, especially by introducing the administration scheme emphasized by this new law on the administration of the collection, preservation, use and provision of human genetic resources.

Against the background of the COVID-19 global pandemic, China fast-tracked and passed last year its first national biosecurity law (‘Biosecurity Law’). The law, which took effect on 15 April of this year, adds another key component to China’s overall national security.

As a comprehensive and somewhat ambitious set of laws covering a wide range of areas under the broad definition of ‘biosecurity’, the Biosecurity Law attempts to address the absence of punishment against biotechnology related misuses in China over recent years and brings together an existing piece meal set of regulations in the following areas:

The Biosecurity Law adopts the same legal principles as provided in the HGRAC Regulation (which remains effective unless expressly amended by the Biosecurity Law) but introduces some noteworthy changes which may have key implications for foreigners.

Similar to the restrictions provided under HGRAC Regulation, the Biosecurity Law confirms that foreign persons are generally prohibited from collecting or preserving HGR in China or providing HGR abroad. Foreign persons will have limited rights to acquire and/or use China’s HGR through scientific research activities conducted in collaboration with Chinese entities but only with the prior approval of China’s Ministry of Science and Technology (MOST). The only exception to the requirement of obtaining approval is for clinical trials conducted through international cooperation at clinical trial institutions for the purpose of obtaining the license for the listing of drugs and medical devices in China that does not involve any export of China HGR materials. Such clinical trial collaboration must still be pre-registered with MOST.

The definition of ‘foreign persons’ under the Biosecurity Law remains the same as under the HGRAC Regulation, which includes any overseas organisations, individuals and any institutions established or actually controlled by such overseas organisations or individuals. In practice, the criteria is not clear in determining whether an entity is controlled by an overseas organisation or individual. For example, it is not clear whether a variable interest entity structure (often used where foreign investment is prohibited or restricted) would be considered as ‘foreign persons’ with respect to HGR protection. Another example would be whether a Chinese entity engaging in research activities based on China’s HGR could have foreign individuals on its research team.

In addition, it is noteworthy that HGR may also be considered as personal data under the new Draft PRC Personal Data Protection Law, which is currently under review by the State and is expected to be promogulated soon. As the Draft PRC Personal Data Protection Law provides a long-arm and extra-territorial application to certain personal data processing activities outside the PRC, foreigners will also need to take into consideration the requirements under this new data protection law.

Another important requirement under the Biosecurity Law is that permitted collaborative international research projects must ensure that the Chinese entity and its researchers substantively participate in the research throughout the process and share relevant rights and interests in accordance with the law. This requirement follows the principle provided in the HGRAC Regulation however the HGRAC Regulation provides more detailed requirements focusing on the joint ownership of the technical achievements.

One frequently asked question in practice is whether the collaborative parties are able to contractually agree for the technical achievements to be solely owned by the foreign party. The general principle under the Biosecurity Law is that the Chinese party should be entitled to share the interests and rights arising from the collaborative international research project. The HGRAC Regulation provides that patents deriving from a collaborative international research project involving the use of HGR must be jointly applied and owned by both the foreign and Chinese entities. The relevant provision under the HGRAC Regulation go on to provide that rights relating to other (being nonpatented) technical achievements arising out of such project, including use rights, transfer rights and profit shares, can be agreed contractually.

As the collaboration international research project involving the use of China’s HGR must be submitted to MOST for prior approval, upon its review, MOST will review the agreed distribution plan for any potential scientific achievements by the parties and only approve a plan which they consider as reasonable, clear and accords with the contribution of the parties. MOST will also request that the definitive agreement sets up consistent distribution plans with regards to any technical achievements.

This limitation on the joint ownership of technical achievements substantially restricts the negotiation ability of the collaborative parties with respect to the research project. Foreign players are going to be reluctant to share internal
confidential research and technical resources with their Chinese counterparts.

It is also provided under the Biosecurity Law that a ‘report’ with backup information shall be submitted to MOST before any HGR is provided or made available to a foreign person. This is a noteworthy change under the Biosecurity Law when compared to HGRAC Regulation where only a filing with backup information needs to be submitted to MOST. It is unclear how the ‘report’ requirement under the  Biosecurity Law is to be implemented. It is also not clear whether the submitting party should wait for the biosecurity review decision, if applicable at all, or whether the ‘report’ to MOST is sufficient in order to provide China HGR to a foreign person. Some experts in the industry are of the view that the ‘report’ requirement changes the ‘filing’ scheme under the HGRAC Regulation and requires the approval of MOST before providing any HGR to a foreign person, while under the original filing scheme, notice to MOST is sufficient.

The legal liabilities and penalties have been substantially increased under the Biosecurity Law when compared with the HGRAC Regulation, especially for foreign parties. For example, where illegal income is equal to or greater than RMB 1 million, the foreign violators can be subject to fines of up to 20 times the illegal income. and the authorities have the power to impose suspension orders of up to 5 years as well as revoke operation permits and licenses.

In addition, according to the Amendment (XI) to the PRC Criminal Law, which took effects on 1 March 2021 provides that any serious breach of laws by illegally collecting the HGR of China or illegally export the HGR of China and endangering the public health or social and public interest should be considered as a crime and would be sentenced to up to imprisonment of 7 years and a fine in especially serious scenarios. This is a newly added crime with regards to the protection of China’s HGR and could show the attitude of the authority in this field.

Approval and recordal system for biotechnology research and development

With the demand for innovative biomedical technologies around the world, another significant development under the Biosecurity Law is the introduction of an approval and recordal system for biotechnology research and development and application. Specifically, it categorises biotechnology R&D activities into high, medium or low risk categories determined based on the risk of harm to public health, industrials, agriculture and ecology. Foreign entities are prohibited from conducting high or medium risk biotechnology R&D activities in China; in other words, they will need to be conducted by a legal entity in China and obtain the necessary approval or recordal. Further details of the approval and recordal requirements are still to be released.

Due to the increasing demand of innovative biomedical technologies and the rapid development of biopharm, and the fact that the mainland China government actively welcomes foreign investment in technological innovation, especially in biomedical technology innovation areas, it is believed that the issuance and implementation of the Biosecurity Law will have significant implications for both international and Chinese companies in a wide range of industries such as pharma, healthcare, biotech, cosmetics, food and agriculture, especially for global and regional R&D labs.

Depending on the detailed activities of international players’ commercial operations, they will need to take proper compliance and risk management actions, such as reviewing current on-going programs, setting up appropriate internal governance structure for biosecurity, and conducting internal training to business and technical team to ensure a proper understanding of the requirements under the Biosecurity Law. Specifically for businesses which may involve the utilisation of HGR, prior communication with MOST is to ensure compliance with laws and to avoid the extremely high fines for breach of the laws. 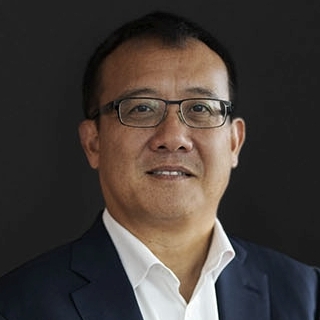 Michael Chin has over 20 years' experience advising on a broad spectrum of corporate transactions in the Asia-Pacific region. As an Australian Chinese having worked in Australia, Hong Kong and China, Michael has a unique ability to bridge the cross cultural gap, often critical to completing deals in the region.