The COVID-19 pandemic has affected people of more than 200 countries, with more than 4200 thousands people infected and about 300 thousands deaths are confirmed worldwide. There is no specific drug which can cure the disease. Only supportive care is available. Many companies have started clinical trial of existing antiviral drugs against COVID-19. Gilead’s Remdesivir has got approval for treatment of COVID-19 patients. Fujifilm’s Favipiravir is also recommended by Tokyo for treatment of COVID-19.

China and India are the leading players in bulk drugs, and manufacture more than 40 per cent of global bulk drug. China is the largest bulk drug supplier in world, and India is second. As reported by ministry of commerce, India exported drugs formulation and biologicals of 12.9billion USD in 2017-18, which increased to 14.4billion USD in 2018-19 (11.46% increase). At the same time, India also imported bulk drugs/intermediates of 2.9billion USD in 2017-2018, and it increased to 3.5billion USD in 2018-2019 (18.95% increase). Similarly, India imported organic chemicals of 14.2billion USD in 2018-2019, which is 14.66% higher than previous year (12.4billion USD). This signifies that though India is self-reliant on drugs formulation, it is dependent on other countries for many APIs and intermediates. The import is also increasing each year. The current situation is inhibiting the supply of those intermediates/APIs, which are procured from abroad as there is lock down. This may affect supply of finished dosage forms of those APIs.

To avoid these unwanted situations and to get uninterrupted supply of essential medicines, India is planning to become self-dependent. Currently, the key starting materials (KSM) of many drugs are being procured from abroad, as they are available at competitive price. This has led to shut down of many Indian small and medium chemical industries. Indian government has already decided to set up pharma parks in different places in India. The state governments of Punjab and Tamil Nadu are also in the process of setting pharma parks in their respective states. This will act as an incentive and encourage pharmaceutical industries to manufacture KSM and API in India. This will also be advantageous for fine chemical industries, as huge amount of organic chemicals is being imported every year. The major concern will be competing with foreign companies in cost. The Indian government is preparing a list of 38 essential APIs where India needs to be self-dependent. So, these API should be manufactured in India which also includes production of intermediates and other organic chemicals used for these API syntheses.

India has more than 1200 US FDA approved API manufacturing units. There are large talent pools in the field of organic chemistry. There are also international level universities and research institutes which are actively involved in organic chemistry research. Indian bulk drug industries have the expertise of developing process for synthesis of complex molecules. The major concern is to be cost-competitive. The key factors for reduction of cost could be scientific advancement, economic or government support and new strategies for business (industrial symbiosis and cluster manufacturing). The new process development involves different synthetic route scouting, optimisation / fine tuning of process, technology transfer along with manufacturing chemists. Generally, different new synthetic route design and feasibility studies are done by experienced organic chemists. Then comes optimisation of process by process chemists. Parameters like yield, impurity profile and solvent selection are done during this process. Then a team including process chemist, production chemist, and chemical engineers facilitate the technology transfer of new process.

Indian companies have excellent expertise and skill in process optimisation and technology transfer. But, scientific knowledge or technological advancement in new synthetic route design is highly essential. This includes development of new scalable synthetic transformation, reactions with high atom economy, new technologies like flow chemistry, etc. Pharmaceutical industries can enhance these kinds of research by collaborating with research institutes and universities. The government’s plans to establish mega bulk drug (API) parks where benefits can be availed by using common facilities for pollution control, effluent treatment or solvent recovery, water supply etc. can be useful for containing costs. Such mega parks will also provide clearances for plants with minimum interface and other various facilities.

The process should be designed in such a way that chemicals can be used in cascade: they can not only be recycled, but also reused. Industrial symbiosis is a form of bringing companies together in innovative collaborations, and finding ways to use the waste from one as raw material for another. Hence, through ‘industrial symbiosis,’ spent chemicals from one industrial process can become feedstock for another. For example, Ferric Chloride (FeCl3), the by-product of steel pickling in Hydrochloric acid (HCl), will be useful for water treatment processes. This will lead to massive emissionscutting, reduction in chemical waste and cost-saving process. This is a timeconsuming process. This may not give immediate financial benefit to industries. Here, the collaboration between industry and leading research institutions are highly desired.

A manufacturing cluster makes business easier and cost-efficient. It is an interconnected system of like-minded businesses in a centralised location, allowing industries to benefit from collective growth. Clusters create an environment with good communication which allows industries to bridge gaps and generate a more efficient ecosystem for design, production, and distribution. There are different frameworks for designing clusters. In ‘Sectoral innovation system and cluster’, innovation capability is one of the focus parameters. Pharmaceuticals is a research-based sector. So, more improvement of innovation capability will help rather than simple analytical framework. Franco Malerba initiated the conception of a sectoral innovation system. This system helps to study the interaction mechanism of the technology, organisation and institution which occurred in the process of innovation from the perspective of the sectoral system.

This framework involves three parts: knowledge base, actor and networks, and institutions. The knowledge refers to the specific science and technology of a sectoral innovation activity. The actors refer to industries and non-business organisations. Industries are the key instigators of innovation, involved in the whole process such as production, sale, and application of new technology. The non-business organisations are universities and research institutions, which support the innovation and technology diffusion, and promote the integration and complementarity of knowledge, skill, and specialisation. These actors share knowledge, and interconnect through various methods of cooperation, competition, exchange, and communication, which materialise the network of
the sectoral innovation system.

While moving for successful pharmaceutical clusters, any undesired effects should be taken care for the sake of sustainable growth. Instead focussing only on tier-I cities, the industries may look into tier-II and tier-III cities for lower labour and manufacturing cost. As China and South Korea are facing the rising labour cost, the same problem will also arise in India 10 years from now. The rate of pollution is also another key factor to be controlled. The development of high atom economy processes, and efficient effluent treatment and waste disposal can help in this regard. Many starting materials for API synthesis are harvested from nature rather than organic synthesis. India may not have enough natural resources, which prompts use of technologies like ‘hydroponic’ to grow medicinal plants and increase production. Inorganic metals like copper, zinc, nickel, etc., are classical catalysts in several organic reactions. Mostly, these are imported from abroad. African countries’ natural resources could be a good source of cheap and continuous supply of these inorganic metals.

In summary, the necessity of continuous supply of intermediates, medicines under this pandemic situation has prompted Indian pharmaceutical industries, and government to start efficient plans to be self-reliant. The action plan and effect will be visible in the very near future. 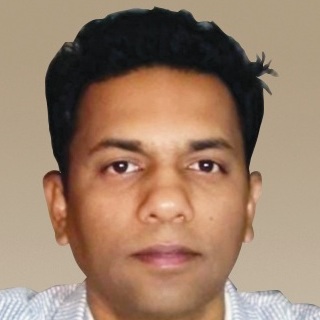 Sharada Prasanna Swain is an Associate Professor in medicinal chemistry at National Institute of Pharmaceutical Education and Research-Kolkata. He has broad experience in industrial research in new process development for API (Dr. Reddy’s Lab Ltd), and new non-immunosuppressive anticancer agent (SPS-7) development for prostate cancer (preclinical is under progress). 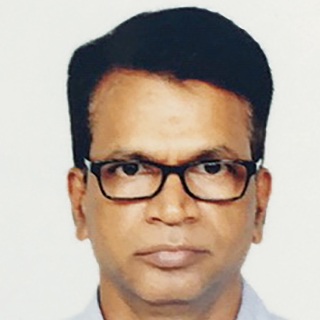 V Ravichandiran is Director of National Institute of Pharmaceutical Education and Research-Kolkata. He is Member Scientific Advisory Board in Central Council for Research in Ayurvedic Sciences (CCRAS), Ministry of AYUSH, Govt. of India. He has 26 years Professional and research experience in field of Pharmacy, Drug discovery, and Natural products.