In India the agreement on Trade Related Intellectual Property Rights (TRIPS) was brought about through an amendment to the Patent Act of 1970 and became active as on January 1, 2005 and was obliged from that day to grant patents for pharmaceuticals. In 2005 the Indian Patents Act, 1970, which provides patent protection for pharmaceutical products or drugs, was amended However this amendment was only applicable for patentability of pharmaceutical substances to new chemical entities. Section 3(d) of the Patents Act, 1970 explains that the new form of a known substance, new property / new use for a known substance and the mere use of a known process are not patentable and is not different from the known substance and is, therefore, not an invention, unless there is a significant increase in efficacy. Though, there were several outcries from the both the generic companies and the innovator companies, the fact of the day is that the section still exists.

There are still several patents that are being granted for salts, ethers, esters, polymorphs and other “derivatives of known substance” as mentioned in the clause. This is due to the fact that the Indian law provides a provision for patenting such derivatives, if there is an enhancement of efficacy.

a. Patentability of various forms of substances
There have been instances of patents being granted for polymorphs, e.g. certain polymorphs of sertraline when mixed with certain excipients demonstrated increased bioavailability and improved pharmacokinetic profiles and were considered patentable. Similarly, a new polymorphic form of celecoxib, wherein bioavailability was increased from 40 to 95 per cent has been patented.

Nevertheless, certain isomers, both stereo and enantiomers have been considered as obvious over the racemic mixture and non-patentable. For example, esomeprazole was considered as non patentable over omeprazole. Similarly, due to the lack of unexpected properties over that of the parent compounds, metabolites are also considered as non-patentable. Pro-drugs is still an unexplored domain and the merit of pro-drugs being patentable have to be still considered case by case. If the pro-drug has better properties than the drug by itself, it may be considered patentable. Hydrates, acid addition salts and other derivatives, which are routinely prepared prima facie, lack inventive step and hence in many cases, they are non-patentable, before the question of 3(d) arises. The practice may also evolve to consider the long standing issues such as stability and absorption as efficacy.

However, Section 3(d) and its interpretation by the Patent office, and its ultimate practice are still evolving. Decisions by the Controller and courts of India on the several pending pre-grant, post-grant oppositions and revocations may provide the much needed direction.

Nevertheless, effective use of this provision is not being made by many companies and only a small percentage of the granted patents are being opposed. It must be admitted that the oppositions are also tiresome at some instances, as here in India, a pre-grant opposition does not prevent the same or a different party from applying for post-grant opposition, and later a revocation. This leads to delay in the execution of the Patents and such delays are of course, a big cause of worry, for the MNCs, as the patent’s term starts from the date of filing of the application. In most cases, the Indian Patent Office is really much faster in making decisions of oppositions than many developed countries.

The opposition filed against Glivec riveted the attention of the world to the Indian Patent system. Novartis could not seek protection of Imatinib Free base in 1993 which discloses the salt Imatinib mesylate, as one amongst the various salts, decided in 1998 to file its application (without any support regarding the enhanced efficacy) before three critical amendments were made in 1999, 2002 and 2005.

The Chennai Patent Office rejected the application in January 2006 under Section 3(d). Novartis appealed the decision in Chennai High Court and the case was later shifted to Intellectual Property Appellate Board (IPAB). The Supreme Court also suggested having an expert member on the Intellectual Property Appellate Board (IPAB) that reviews decisions of the Indian patent office.

In the TRIPS Agreement the vital constituents of patentability i.e. “novelty”, “inventive step” and “industrial application” were left undefined. It was almost certain that member countries of the WTO would take liberties in defining them. When the standard of patentability advocated by the TRIPS is unclear, the question of domestic laws confirming to that standard has to be viewed more critically. Thus, while the interesting issue of whether Section 3(d) complies with the TRIPS Agreement still remains unanswered, the questions that remain to be debated are:

1. Is there a really any need for a national law to be more stringent than TRIPs agreement?
2. Is it proper to question the constitutional validity of a provision of the Indian Patents Act merely because it could not achieve what it intended?

Several other oppositions mainly involving the issue of Selection Patents are in progress. For instance, Ranbaxy had filed an opposition questioning the validity of the Valcyte patent here as the drug was not proved for enhanced efficacy in comparison to what is already known. Sun Pharma filed an opposition against a granted patent to Janssen Pharmaceuticals, related to sustained-release particles of Risperidone, which Sun Pharma had considered as a Selection Patent.

Roche India received the first product patent in 2006 in India for its biotech drug Pegasys (pegylated interferon alpha 2a), a recombinant DNA technology drug. Pegasys product patent is under post-grant opposition by Wockhardt and an NGO Sankalp on various grounds, but mainly on Sections 3 (e) and 3(d). It was alleged that “mere admixture” of known substances is not patentable under Section 3(e) of the Patents Act 1970, and hence Roche’s “invention” was not patentable. It is to be seen how long the patent office will continue to decide patent oppositions based on Section 3(d).

One of the other high-profile case is that of Tarceva. The Indian patent application on Tarceva was filed in 1996 by Roche and was granted in 2007 and Roche, intermittently obtained a market approval from the Drug Controller General of India to market Tarceva, in 2005. Cipla launched a generic version of Tarceva in 2008. Immediately, Roche filed a suit for infringement against Cipla. A division bench of the Delhi High Court upheld an earlier ruling that allowed Cipla to manufacture and market a copy of patented drug Tarceva in the Indian market citing that there is a price difference between the drug sold by Roche and its generic version by Cipla. The court did not want patients to be deprived of a low-cost alternative by allowing sales of the generic product as there was substantial price difference. For the first time in India, court recognised the need to consider public interest in allowing or rejecting an order of injunction. However, many innovator companies feel cheated as they are unable to recover the cost of “drug discovery”.
It also brought to light the fact that there is no link between the drug approval authority and the Patent divisions of India. Legal system in India will have many more such cases in coming years. There will be a need for having specialised court / legal experts’ pool to hear these legal cases.

While on the one hand MNCs are using all tactics to get the so-called ever greening patents granted, on the other hand, Section 3(d) is protecting poor people paying from higher money for their medications. Indian government should continue to ensure that the best interests of the population are kept in mind without coming under the international pressures.

c. Proposal to link generic approvals with patents
Currently, the Indian Patent Office grants the patent and Drug Controller General of India (DCGI) provides marketing approvals without cross-checking with the other division. Hence, a generic manufacturer has to launch the drug in Indian market at his own risk. There are proposals to link the approvals with patents. However, there are still some major roadblocks for this proposal. For instance, the complete database detailing the legal status of the patents is still unavailable. Currently, as a temporary solution, DCGI has asked the industry to provide details of granted patent for new medicine, with an intention to pass patent details to the Indian Patent Office and obtain an opinion before approving generic drugs.

Biological products
The law on biotechnological products is still evolving and still comprises a lot of grey areas. Many biotechnological firms believe that the law is not clear on patentability of biomolecules, i.e. nucleic acids and polypeptides, and hence the grant of patent is still subjective. The allowability of the products under the section and the requirements for disclosure of geographical origin and source of biological materials used for invention are still areas of concern for many biotechnological firms. Many firms are of the opinion that by revealing the source and origin, they are opening a ground for opposition.

The patents ahead
The products in the countries where the laws are in transition become the first casualties as they face the risk of testing them for the first time. More litigation would come as some of the products gain value by then and there will be many more attempts by big MNCs to stop launching of major products.

It will be very unfair to compare IP / legal systems of developed countries, where all these systems are in place since last 25-30 years, with the developing countries like India which are in the initial phase of developing the systems.

Many pharmaceutical giants have recently announced expansions of their Indian operations. However, even with such expansions, companies are still cautious until the enforcement of the new patent bill has shown to be effective at preventing infringement. There is, however, a longer-term issue. The lingering doubt in many a mind if patent rights will be allowed for ever greening patents in developing countries, where the extra costs MNCs impose may be at the expense of the necessities of life for poor people. 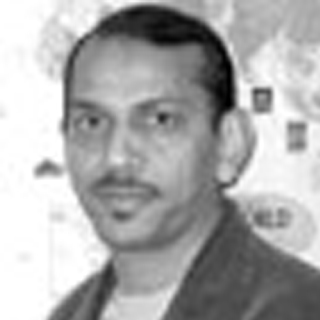 Vijay Soni is the Executive Vice President of IP of Glenmark Generics Inc. based in New Jersey, and is responsible for Global IP for the company. He was Senior Director IP of Dr Reddys Laboratories and has also worked for Ranbaxy Laboratories as Senior Scientist. He has completed his PhD in organic chemistry and has over 18 years of experience in the areas of R&D of synthetic molecules, regulatory affairs and Intellectual Property.