The Indian pharmaceutical industry has evolved substantially and transformed itself from a reverse engineering led industry—focussed on the domestic market—to a research-driven, export-oriented industry with a global presence

The pharmaceutical industry is a risky business, but in some ways the key promises of safety, integrity, transparency, compliance and corporate sustainability have not changed over time. The way promises must be delivered, however, is changing fundamentally. Pharmaceutical companies increasingly are relying on others to play key roles in this new system and deliver on their respective promises so that its reputation and footprint continue to grow.

The quest for global leadership has started with the anticipation of the world becoming flatter and factoring in strategies to capture the global advantage by leveraging the benefits that accrue from operating in India. However, the area that will emerge as critical for success of Indian firms going global is maintaining the equilibrium between global and local operations along with pipeline building for the future.

The impetus behind India’s fresh challenge for a greater share of the global industry is driven by last year’s introduction of product patents. For the previous 25 years, patents were largely granted on processes—a decision which made many multinational companies (MNCs) re-look their India strategy, but which resulted in India becoming a leading player in the market for generics. There was never much incentive in Indian manufacturers spending too much on drug discovery on their own, when their new product discoveries could not be patent-protected.

However, with the amendment in the patent regime, the once generics oriented industry had to align its business model with the new global paradigm. Alliances and investments in basic drug discovery became the buzzwords in the industry as companies scrambled to replenish their near term product pipelines and build up a future portfolio of drugs.

In addition, the attractiveness of the US market has suffered some setback in recent periods, especially for the large generics targeting exclusivity. The reasons include legal challenges by patent holders delaying and increasing the cost of launch authorised generics taking away large market share, and hence, profit from the generic patent challengers during exclusivity periods, amongst others. These factors have severely impacted the exclusivity-related profits that generic players seek from the US market.

To invest or not to invest, was the key dilemma the Indian companies were facing. Some of the companies had taken the risky approach of building up a drug discovery programme from scratch, that roughly coincided interestingly with the return of the expatriates from the regulated markets.

It was a gamble and some of the companies took it head-on. At the moment, there are at least twelve Indian pharma companies that are working on developing new drugs. An estimated 60 new compounds are in various phases of development and testing.

Though costs of conducting research in India are lower than the West—primarily because of more affordable scientific manpower—It is also true that most Indian companies would find it a challenge to take a new compound through all the stages on their own. This is precisely why the majority of the Indian firms are pursuing two basic strategies that help in mitigating their risks as well as lowering of costs. The first being a research strategy pertaining to analogue research, while the second being in the licensing arena.

The outlicensing strategy works in the following manner. An Indian company identifies a number of new compounds in a family that are likely to succeed, and then takes them up to the preclinical trial phase. Thereafter, they strike a deal with a commensurate Big Pharma company operating in the same area. The deal is structured this way: the multinational has the rights to market the compound in a particular market, if it clears all the tests. The Indian company gets ‘milestone payments’— a certain amount for each stage of clinical trials that its compound clears. If the compound successfully clears all tests, it also gets royalty when the drug is introduced in a market.

In addition to the investments in drug discovery, a quiet revolution has happened that had gone largely unnoticed. It is the acceptance of the fact that aggressive patent litigations are a thing of the past. Now, it is alliances that matter in a product patent regime. Alliances help shape best practices and leverage core competencies.

Co-optition, denoting collaboration and competition at the same time, whereby companies collaborate in identifying best practices and sharing the various steps in drug discovery to competing on generics, has been identified by all the leading MNCs and their Indian counterparts.

Co-optition has increasingly been adopted as a model for sustaining the growth momentum. This adoption has happened on the back of cross-border acquisitions, licensing (both inlicensing and outlicensing agreements) and by becoming preferred outsourcing partners of multinational pharma companies. Competitive pressures, new growth opportunities, diversification of risk and funding enablers are some of the key factors behind acquisitions, licensing and outsourcing partnerships happening across various segments of the industry. This has made Indian pharma companies redefine the global pharma value chain by building collaborative networks and has resulted in increasing visibility of growth.

In certain cases, the M&A route was adopted for sprinting up the growth curve. Indian companies look for pipeline acquisition, relationship building and technological competence as the major influencers in any acquisition. An enabling factor for Indian firms’ activity overseas is their increased liquidity in the market, with increasing numbers of Foreign Currency Convertible Bond listings and private equity fundings.

Also, although the US is the world’s largest generics market, most of the acquisitions were in the EU. Industry sources believe that Indian firms consider European valuations to be more reasonable, and there is a wider price range of companies available. Use of generics is growing quickly in Europe, due to government price controls and other pro-generic measures, while the EU regulatory climate is proving a disincentive for some European firms to continue, creating buying opportunities for Indian firms. The three main European generics markets are Germany, France and the UK, together worth around US$ 3 billion annually.The way to the future

The way to the future lies in identifying ways and means of achieving the laudable goal of increasing access to medicines throughout the country. There has never been a more important time for India’s government and its drug producers, both multinational and domestic, to work together in partnership for the good of the industry and the nation.

The interaction between the industry and government will be one of the keys in the coming years. The comparison with China is a fair one as the Chinese government’s strong commitment to pro-industry policies has created a positive environment with a strong patent regime and data protection; admittedly with issues still remaining over how these are enforced. The aims of the Indian industry—and of the government— are ambitious, but will require a strong pricing environment if the Indian people are to access the life-saving and innovative medicines they need. Industry leaders will have to work with the government on issues of affordability to point out that price controls are limited in their ability to increase access to new and effective treatments. 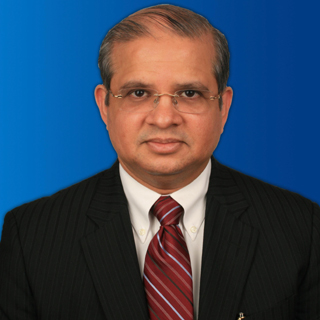