Not many people recall that India remained a net importer of pharmaceutical products until 1987-88 (Table 1). The 1990s witnessed a marked departure and saw India emerging as a major supplier of generics to the world. The situation changed rapidly thereafter. By 1994-95 India’s exports grew ten-fold to US$ 504 million as against imports of US$ 219 million, generating a trade surplus of US$ 285 million.

The foundation for the emerging trend was laid by the years of strangulating controls: the Government policy that forced local manufacture of Active Pharmaceutical Ingredients (APIs) and the cost-based price control system that forced the companies to improve their efficiency. Moreover, the presence of the foreign companies and the government support to the Public Sector Units (PSUs) helped in the development of the pharmaceutical industry. The absence of product patent provided both an opportunity and a challenge for the Indian companies. 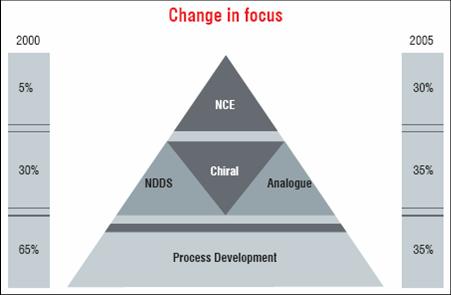 The milieu played a key role in the emergence of the pharmaceutical industry in India and thereafter in its transformation from manufacturing generics to developing innovative drugs. The need for being competitive laid the foundation for a very cost-effective industry in the country. The opportunity of earning premiums pushed the companies to concentrate on innovation: innovation in plant design, layout, chemistry, and drug delivery system. The combination of innovation and competitive edge is very potent and that is what the transformation of the Indian pharmaceutical industry brings to the world today!

The year 1995 is a significant landmark for the pharmaceutical industry in India. That is the year when Trade Related Aspects of Intellectual Property Rights (TRIPS) agreement came into force obliging India to re-introduce product patent. India had abolished product patent in 1971, while retaining process patents for pharmaceuticals, agrochemicals and food products. The abolition of product patents was prompted mainly by the dominance of foreign companies that were charging very high prices for pharmaceutical products. This was more prominent in the case of imported products, where the foreign companies refused to part with their technology even on payment of consideration and the public health concerns for access to medicines. The abolition of product patents thus enabled national companies to “reverse engineer” commonly used drugs. Almost at the same time (1970) the government introduced, for the first time, a formal system of price controls on medicines. The companies having local production witnessed the beginning of a system of price control that turned draconian in the years to come. However, in hind sight, one may say that the system of price control at home made them very competitive in the world today.

The year 1995 is also significant for the composition of its production and subsequent transformation as supplier of APIs to supplier of finished dosage forms to the world.

The key factors contributing to this change are government policies regulating pharmaceutical industry, presence of government owned PSUs, policy of encouragement to Small Scale Industrial Units (SSIUs) and the potential of Indian market to foreign pharmaceutical companies that remained invested in India.

Noteworthy among the government policies were the abolition of product patents, introduction of measures that forced every company in the organised sector, whether national or foreign, to invest in and undertake production of APIs and use specified share of indigenous materials as against imported materials; involuntary dilution of equity holding by the foreign companies; and cost-based system of price control that compelled companies to improve efficiencies. The PSUs adopted a policy of “social pricing” which put competitive pressure on the private industry. In addition, easy access to APIs encouraged new units to enter the industry, raising the level of competition. The PSUs also became “training institutes” for many technocrats who used them for experience before setting up their own units, thus helping diffusion of ownership. The growth of SSIUs is a unique phenomenon and could be traced to the spirit of enterprise, education and enabling environment. Most of the major companies today were at one time SSIUs. The continued presence of foreign companies, their forced investment in local manufacture of APIs and involuntary dilution of equity holdings served the cause of development of a very vibrant and broad-based domestic industry. They provided ready market for domestic manufacturers of raw materials and APIs and became footboard for technocrats to set-up their own units. 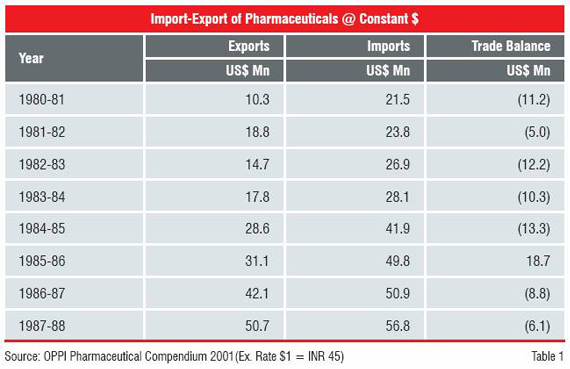 Thus, by 1995, when India signed the TRIPS Agreement, the foundation blocks were already in place. The industry had demonstrated its ability not only for technology absorption but also to develop alternate processes independently and improve upon existing know-how. The time period for “reverse engineering” a product was reduced from 36-48 months to 12 months. Formulation development, use of conventional technology, plant design, etc. had all been in place. This is what differentiated Indian pharmaceutical industry from the domestic industry in many developing countries which also did not have product patent regime.

Moving up the value chain of R&D

The TRIPS Agreement therefore triggered a strategic shift in the business. The companies, having excelled in synthetic chemistry and process development decided to focus on innovation. The spending on R&D recorded a marked increase in the 10-year period from 1995 to 2005. The Indian companies not only increased their spending on R&D, but also changed the quality of R&D. Until 1995, almost the entire effort was on “reverse engineering”, but by 2000 the industry showed signs of moving up the value chain. 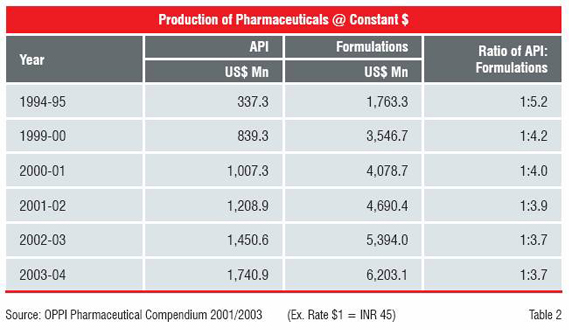 By 2005, it was very evident that two-third of its effort were on R&D that generated some sort of intellectual property. The evidence of this shift is incidentally also taken note of by the Government of India-appointed Technical Expert Group (TEG) on Patent Law Issues. Its report lists 215 PCT applications for drugs and pharmaceuticals (not 339 as shown) in Annexure IV. 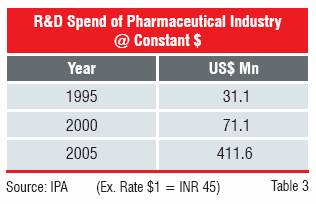 The second major shift triggered by the TRIPS agreement relates to territorial expansion of markets. As the data on Drug Master File (DMF) filing and Abbreviated New Drug Application (ANDA) submissions up to 1995 indicate, Indian companies did not have any significant presence in the USA. The situation in Europe was no different. The Indian companies had focussed on the markets in Africa, Russia and Asia for exports. However, all this changed with the emergence of the product patents that deprived Indian companies of their ability to bring in new products. Their response to the TRIPS Agreement was to invade the largest and most lucrative pharmaceutical markets of the world. It is now reflected in the export data. 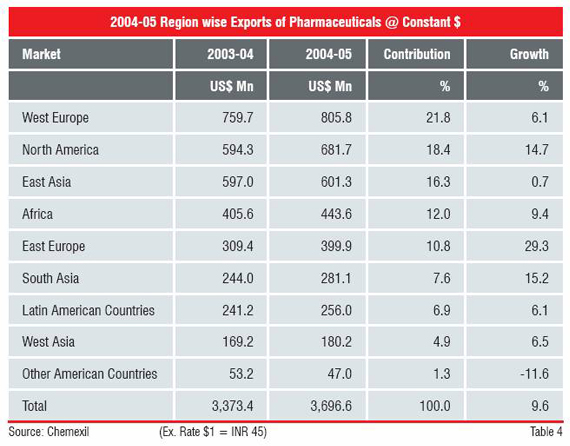 The Indian companies, encouraged by initial success in the regulated markets, acquired confidence to move aggressively. They started looking at acquisition opportunities to cut short entry and gestation periods. They began with small acquisitions ranging from US$ 2 million to US$ 10 million and soon found out that they can do it. Having tested the waters, their appetite grew bigger. They looked for larger companies and the budget for acquisition rose from US$ 100 million to US$ 500 million.

The mergers and acquisitions were not confined to a few front runners only. Many mid-size and smaller companies also took the plunge. Thus, territorial expansion received a greater boost and became deep-rooted.

The entry of the Indian pharmaceutical companies in the regulated markets had some unintended and indirect benefits. The globally innovative and generic companies started taking note of the quality of their products, management capability and competitive strength, opening up new opportunities for strategic alliances. The Indian pharmaceutical companies discovered to their surprise that the very companies they were overawed by were looking to form alliances with them for Contract Research and Manufacturing (CRAM). Most technocrats in the industry had grown in stature by “learning while earning”. The CRAM provided yet another opportunity to do what they were good at. They did not waste any time to seize the opportunity. Some, sensing the need of alliance partners, took time to carve out better deals. Thus, many major Indian generics companies started working closely with the leading global pharma companies. The proximity and ongoing interactions provided rare learning opportunities in the fields of patent challenge and discovery research. 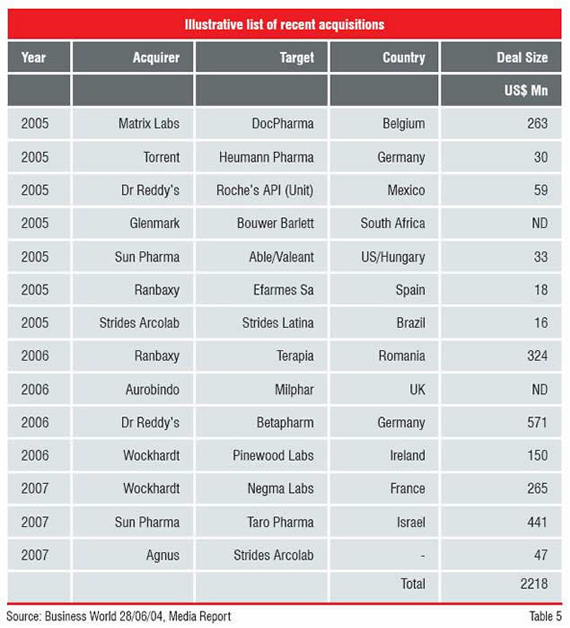 The Ranbaxy-GlaxoSmithKline, Dr. Reddy’s Laboratories-Novartis, Torrent-AstraZeneca and a host of other such alliances in the field of R&D are examples of this nature. They not only provided valuable experience and learning but also built the confidence of the Indian companies to commit more funds to R&D.

The journey from generic to innovation has just begun for the Indian pharmaceutical companies. The spirit of enterprise drives the journey. The willingness and capacity to take risks fuels its growth. The technical education, access to skilled manpower and their exposure to global multinationals are acting as catalysts.

The enabling policy framework provided the building blocks and facilitated the journey. The Indian pharmaceutical industry is still three years away from the first major land mark, the launch of an original research molecule, that will herald its entry into the big league. That is the day when people will refrain from calling the Indian pharmaceutical companies “pirates” and “copycats”.

However, in the meantime, generics will continue to be the driver of growth and territorial expansion. The current momentum and acceptance of safety and quality standards of the Indian pharmaceutical companies will raise its share of the world generic market from about 18 percent in 2006 to over 28 percent by 2010. The major challenges in this path are

The Indian pharmaceutical industry is aware of both these challenges and is working closely with the government to pre-empt them. 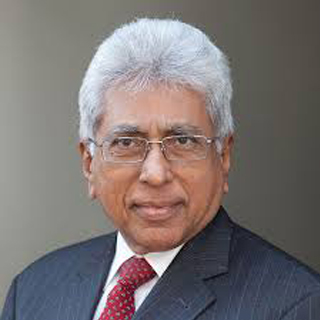