In the next five years, Indian pharma will do well in terms of gaining a fair understanding and being able to further evolve the drug discovery environment in India.

Where do you think the Asian pharma market stands today against the global market in terms of drug discovery?

From a global front, the US, Europe and Japan are still the leaders and they will continue to dominate the drug discovery space in terms of coming out with molecules, primarily because they have been in the field of discovering new drugs for the last 100 years. Therefore, they will continue to lead the path. In Asia, Japan is the leader, followed by countries like India and South Korea who are now getting more active in drug discovery.

What are the drivers for Indian companies to transform from generic producers to drug discoverers?

There are two key drivers: one is the generics business where, given the pricing pressure that exists and the commoditisation of generics, companies would increasingly have to look for innovation as a key driver to change their business models. The other factor driving companies to transform into drug discoverers is—now that the patent laws are enforced in India—companies are forced to get involved in innovation. The pricing pressure too has come to the fore because the pipelines are starting to diminish in the Indian market.

What are the reasons behind Western companies collaborating with Indian companies for drug discovery?

The primary objective of Western companies is to reduce the cost of research and they continue to at look India as a destination where they can reduce cost by outsourcing certain activities of the drug discovery process.

What are the pros and cons of tying up with foreign companies?

Though we feel Glenmark is an exception because we are developing our own product pipeline and then outlicensing it. The advantage of a collaborative research model is that it gives the Indian companies a better understanding of how to carry out research and also help in revenue generation. These are the two prime reasons for collaborative research. The disadvantages are that a lot of management, time and resources would get diverted towards ensuring that the collaboration is successful as opposed to generating their own intellectual property.

What new areas of research hold promise for the Indian pharma industry?

Biotechnology is a very promising area in addition to chemical based research. There are various new initiatives like stem cell research and very niche areas which offer a lot of promise where India could look at. Glenmark develops promising lead candidates till early clinical stage and then outlicenses to international pharmaceutical companies.

How does Glenmark profit after the out-licensing?

Firstly, there is a huge financial gain to be made through the deal. Secondly, Glenmark would keep the rights for rest of the world markets which is mainly our focus while the entire development cost responsibility is taken over by the collaborative company. Glenmark would be able to establish a pipeline in the regions where we hold the rights. Glenmark has two of its drug molecules (for asthma and diabetes) in Phase II.

How are these molecules different from the existing ones?

Both the drug targets that are in Phase II are novel. One of the two—the asthma molecule is novel which means there is no existing drug in the market with this therapy. It is an oral drug whereas most of asthma therapy is inhaled. The drug is given once daily, and we think it holds a lot of promise in terms of relief for patients. As far as the diabetes molecule goes, there is one drug that has recently been launched by Merck & Co., Inc., US called Sitagliptin. The drug belongs to a novel class which will capture the bulk of the oral diabetes market because the target itself is devoid of side effects of the existing therapies like hypoglycemia and weight gain.

What are the challenges that the Indian companies face in the drug discovery process? How well equipped are they to handle these challenges on their own?

The biggest challenge is the limited talent pool that exists and access to them. The second challenge is finance i.e. being able to raise sufficient capital to fund the development of new drugs. The third challenge is competing with the Western world which has been doing research for the last 100 years when compared to India which entered into the research field just a decade back.

What are the other drug molecules in the pipeline and what are the future plans of the company?

We have one more drug which is in Phase I now for pain indications and three preclinical candidates, one for obesity, the other for pain and the third for rheumatoid arthritis. We hope to move these into the clinics and pursue a similar model of outlicensing them at various stages of development.

Any other comments that you would like to make...

In the next five years, Indian pharma will do well in terms of gaining a fair understanding and being able to further evolve the drug discovery environment in India. 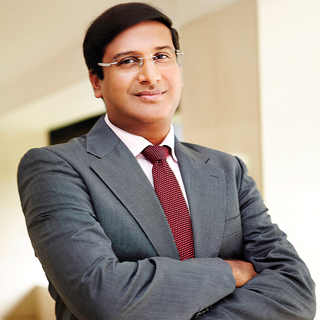