The nexus to value-based pricing

With only 12 per cent of drug candidates entering clinical trials resulting in an approved drug, and 20 per cent recouping their investment, there is an unquestionable need to change the way pharma develops drugs. This paper will show how a modern, state-of-the-art integrated drug development strategy uses quantitative methods to demonstrate safety, efficacy, and comparator effectiveness. By leveraging the full range of model-informed drug development solutions, we can more effectively pressure test and guide regulatory and payer success and deliver better outcomes for patients.

The burgeoning costs of healthcare globally are not sustainable. The Tufts Center for the Study of Drug Development reports that it costs on average US$2.6 million and 15 years to develop and obtain regulatory approval for a new drug. Driving up drug prices is the fact that only 12 per cent of drug candidates entering clinical trials result in an approved drug, and only 20 per cent of innovator companies recoup their investment. Ageing populations, with increased chronic healthcare needs, further add to healthcare costs. For example, more than one quarter of the Japanese population is older than 65 years of age, and this percentage is expected to rise to 45 per cent by 2050.1

To control these increasing costs, innovation and optimisation are required from all sectors of the healthcare ecosystem. This paper will show that by leveraging contemporary modelinformed drug development strategies, cost-effective medicines can be delivered to patients.

Certara believes in global equity in patient access to cost-effective medicines. To that end, the company strives to increase the efficiency of drug development through an integrated approach, informed by quantitative in silico models. These models inform clinical trial design and comparative effectiveness evaluation, optimise dosing, predict drug safety, and reduce the unnecessary exposure of patients and animals to experimental drugs in clinical trials. These methods have also driven new regulatory and drug pricing policies.

During the past three years, Certara technology and services supported 90 per cent of drugs approved by the US Food and Drug Administration (FDA). Further highlighting the importance of such quantitative methods, US FDA Commissioner Dr. Scott Gottlieb in 2017 stated that the FDA is using quantitative in silico tools as part of its comprehensive Innovation Initiative ’to predict clinical outcomes, inform clinical trial designs, support evidence of effectiveness, optimise dosing, predict product safety, and evaluate potential adverse event mechanisms.’

Many other global regulatory agencies such as the European Medicines Agency (EMA), Australian Therapeutic Goods Administration (TGA), and Japanese Pharmaceuticals and Medical Devices Agency (PMDA) also embrace Model-Informed Drug Development (MIDD) and have issued guidances for its use to support regulatory filings.

Further underpinning the importance of MIDD, the PMDA announced that between 2014 and 2016, Physiologicallybased Pharmacokinetic (PBPK) modelling and simulation reports were included in 17 NDAs.2 In those instances, PBPK was used primarily to evaluate drug-drug interactions (DDIs), predict drug exposure in paediatric patients, and determine the impact of ethnic differences and disease states on drug PK.2

Guided by the target product profile and the goal of developing cost-effective drugs, Certara supports the drug sponsor’s R&D program by employing MIDD to translate animal study data to humans, improve clinical trial design, determine the optimal drug dose and dose regimen, assess safety and efficacy across the exposure range, evaluate the potential for DDIs, and inform drug labels. The key result is expected improvement in technical and commercial success.

PBPK informs drug dose, dosing regimens and DDIs. It is also used for bridging studies to establish safety and efficacy in special populations, including paediatrics, ethnic, the elderly, pregnant women, and patients with renal or hepatic impairment.

QSP integrates quantitative drug data with systems biology knowledge, such as mechanisms of action. US FDA is interested in QSP for its ability to address the high rates of drug failure by providing the missing link between target modulation and clinical efficacy / safety outcomes. Certara routinely applies QSP in the lead optimisation phase to help determine which assets to progress.

MBMA examines curated publicly-available data and proprietary clinical data for drugs in development or on market for a particular clinical indication and predicts the probability of technical and commercial success for a proprietary drug. MBMA evaluates comparative effectiveness, safety and tolerability. It is also used to test target product profiles, optimise clinical trial designs, and provide decision support for portfolio and marketing strategy.

Regulatory approval alone does not guarantee drug reimbursement and patient access to new drugs. Payers and health authorities must be convinced of a new drug’s value for it to be placed on the formulary, factored into reimbursement rates, incorporated into treatment plans and prescribed to patients. Historically, discussions with payers only occurred in late clinical development. To facilitate earlier payer engagement, we have developed quantitative frameworks to provide value-based narratives for engaging stakeholders regarding the features and benefits of experimental drugs. By integrating HEOR and real-world value assessments with pharmacometrics data, we can deliver safety, efficacy and effectiveness insights from as early as Phase 1 clinical trials, through the product life cycle, and into health technology assessment and payer decisions.

Certara has called one of these ‘end to end’ frameworks, Pharmacology to the Payer (P2P)3. The P2P framework provides an agreed lexicon between stakeholders which integrate data into an agent-based model incorporating pharmacology, epidemiology, and health economics for a given drug. The P2P framework has major applications for preparedness, planning and deployment of medical countermeasures for infectious diseases.

Mantle Cell Lymphoma (MCL) is a rare form of non-Hodgkin lymphoma that affects about 3,000 patients per year in the US4. When Imbruvica, a tyrosine kinase inhibitor, was shown to be an effective treatment for MCL, it was submitted to the US FDA’s Accelerated Approval Program. That application was successful and Imbruvica became one of the first drugs to be awarded breakthrough status by the US FDA.

Due to the known involvement of CYP3A in the metabolism of Imbruvica, it was necessary to identify potential DDIs in different patient populations and to define the dose and dosing regimen in those populations.

Imbruvica is now approved for MCL, first line treatment for chronic lymphocytic leukaemia, and for the treatment of adult patients with chronic graft-versushost-disease that is not responding to other standard therapies.

The US FDA highlighted this Imbruvica case study during one of its workshops as an example of a successful application of PBPK predictions to fill in clinical gaps during the evaluation of a breakthrough drug treatment. PBPK is a key tool in the MIDD armamentarium informing precision dosing in different patient sub-populations.

In this case, PopPK and PK/PD, together with viral kinetic models and contemporary clinical trial design, delivered high value in an RSV early development program. RSV often infects paediatric patients, the majority of which are under two years of age. While the morbidity and mortality are high in this patient population, there is no effective treatment and no precedent for regulatory acceptance of an accelerated development pathway for RSV therapeutics in infants.

The development team considered a Human Challenge Model (HCM) — where healthy adults are infected with RSV and then treated with the drug — to be the most relevant translational medicine tool for bridging to children.

The development team was confident that the PK/PD determinants of ALS-8176 efficacy could be established in an HCM. These PK/PD readouts inform ‘therapeutic exposures,’ which PopPK and PBPK models then assist in converting from adult to paediatric doses to be evaluated in future paediatric clinical trials. This type of translational medicine and MIDD bridging program also makes it possible to accelerate drug development for paediatric populations.

The cost and time required to conduct the HCM study were significant considerations for the biotech team. Therefore, it agreed to embark on a novel adaptive design for its HCM clinical trial, which used the evolving PK/PD data in real time to develop a picture of the underlying exposure response relationship for ALS-8176.

Evolving clinical trial data for ALS-8176 were used to augment the MIDD model and predict subsequent cohort dosing decisions. Those dosing decisions included whether to increase or decrease the next dose, incorporate a loading dose regimen, recruit additional subjects at a given dose, and when to stop the clinical trial. This “learn-confirm” approach was continued during the clinical trial between cohorts, successfully identifying the PK/PD targets to inform the ongoing program. In this way, the exposure response surface was very efficiently established.

In this example, rich PK and PD data from the HCM were coupled with PopPK and PBPK, to deliver robust recommendations on dosing regimens to be studied in RSV-infected infants under two years of age.

The adaptive design of the HCM study required only about 50 per cent of the patients needed for a conventional placebo-controlled trial, saving an estimated six months of development time and more than five million dollars. The study was published in the New England Journal of Medicine.5

Furthermore, this integrated MIDD program set new precedent when EMA accepted this scientific strategy in support of an accelerated development pathway to paediatrics. It permitted the movement of ALS-8176 from healthy adults to RSV-infected children under the age of two very early in the drug development process.

Both case studies showcase compounds that helped strengthen the sponsor’s portfolio, whereby these small biotechs were acquired at a significant valuation by leading pharmaceutical companies.

These cases demonstrate the many ways in which MIDD adds value to a drug development program. It can provide strong scientific evidence to improve decision making; support leaner study designs and reduce time and costs; develop new regulatory pathways; and facilitate regulatory science innovations and ecosystem improvements. It can also demonstrate drug value to payers and help expedite getting new medicines to the patients that need them. 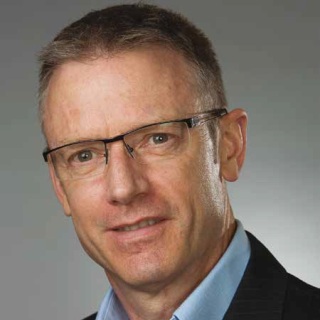 Farrell is Senior Vice President-Asia Pacific Commercial at Certara. He has more than 20 years’ experience in the biopharmaceutical industry. He has served as VP of Business Development at Biota Pharmaceuticals, Associate Director at GBS Venture Partners, Research Manager at Johnson & Johnson Research, and CEO of Gene Shears. He is a Fellow of the Australian Institute of Company Directors and a member of the Walter & Eliza Hall Institute Board Commercialization Committee.