One of the big differences between the life science industry and other sectors is the way that the marketing process happens not only in the marketing department but also in sales, medical affairs, market access and many other departments. This ‘distributed competency’ means that excellent marketing flows not only from superior capabilities in each department but also from effective and efficient cross-functional capabilities. But where do these come from? What distinguishes companies that are great at it from other companies for fail to coordinate well? In this article, Professor Brian D Smith will describe his research findings in this area and how they guide firms to become better at creating value across functional boundaries.

Allow yourself a moment to dream. Imagine that you could give your medical marketing team superpowers. What would they be? Being invisible would allow your marketers to watch competitors as they work. Being able to read the minds of key opinion leaders would make your medical affairs team incredibly insightful. Time travelling market access teams could observe the future and use that knowledge to shape reimbursement. A team of medical marketing X-men would be unbeatable.

It’s a dream of course. The fictional superheroes owe their powers to the mutated X-gene and we can’t genetically modify our medical marketers. Or can we? There is a very real and practical sense in which we can. This idea emerges from my research into the evolution of the industry and, if you stay with me whilst I make a diversion into that science, I’ll explain how your firm might transform the abilities of its medical marketing teams in the real world.

The Genetics of Teams

The traits of any living creature — a giraffe’s neck, an eagle’s eyesight, your intelligence – are the result of physiological processes. Those processes are enabled by proteins, the workhorses of the body. And as any high school biologist knows, those proteins are expressed by sequences of DNA that we call genes. The triumph of modern biology is the way we understand observable traits as the result of sequences of base pairs, shaped over millennia by evolution.

But this idea — the neo-Darwinian synthesis — has spread far beyond biology. Since the 1980s, management scientists have been using the same idea to explain the evolution and performance of organisations. And my research group at the UK’s University of Hertfordshire is the only one in the world applying it specifically to the pharma and medtech sector. 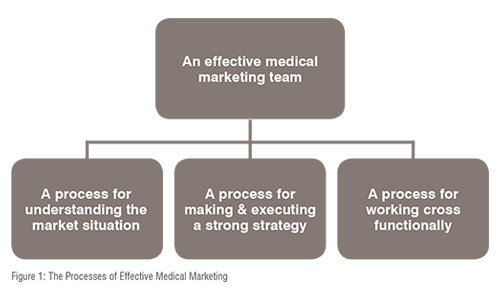 The Darwinian evolution of industries is directly analogous to biology. The traits of a firm – its innovativeness, its operational efficiency, its marketing prowess – are the results of business processes. These processes are enabled by capabilities, the ability of the firm to do certain things well. And just as proteins are expressed by genes, capabilities are the expression of organisational routines. These are the thousands of little sub-processes that every organisation has for doing everything from ordering stationery to making sense of the market. Routines are just like genes. They store information about how to do something, they can be copied and they can mutate. And just as genes are sequences of DNA, organisational routines are aggregates of micro-foundations, a term I’ll explain later in the article.

The Engineering of Excellence

This scientific analogy between biology and business is not just a figure of speech. It is a direct parallel with important consequences. If we want to give a living creature a particular trait — a child without cystic fibrosis, for example — we would need to modify its genes by changing its base pair sequence. We would regard as insane anyone who thought they could train the child not to have that genetic condition.

The same logic applies to pharma and medtech companies. If we want a certain trait to be strong — insightful market understanding perhaps or compelling value propositions — we would need to change its capabilities. To do that, we must modify the organisation’s routines, which would mean changing the micro foundations of those routines. Training is not enough; many firms find that training fails to deliver the traits it wants. That is explained by seeing training as superficial, like training a wolf to be a family pet. Most of us would not trust our children to a wolf. But many of us trust our children to the family dog. The difference is not training alone, it is genetic modification. In other words, improving the performance of your firm, or a part of it like the medical marketing team, is a matter of engineering its microfoundations, to change its routines, to express stronger capabilities, to improve its process and so transform its traits. To repeat, this is not a metaphor; it is a direct analogy.

Enough of the science. How does this new perspective help us to create a medical marketing team of X-men and women? It’s not enough to grasp the principle, we need to understand the practice. And the best way of explaining that is by example.

An effective medical marketing team understands the market situation, it creates and executes a strategy that fits that situation and it does these three things by pooling its crossfunctional expertise. As figure 1 shows, effectiveness is the result of these three processes.

Each of these processes is made possible by a set of capabilities. Figure 2 shows a simplified picture of the capabilities than enable the process for understanding the market situation.

Each of these five essential capabilities is the combined expression of a set of organisational routines. For example, figure 3 shows the routines that enable the identification of critical alignment issues between the market’s opportunities and threats and the company’s strengths and weaknesses.

And each of these five routines is the result of a set of microfoundations, which are aspects of the medical market team that make routines possible and effective. These routines fall into four categories, which usefully share the same initial letters of their biological analogues- ACTG – as shown in figure 4. 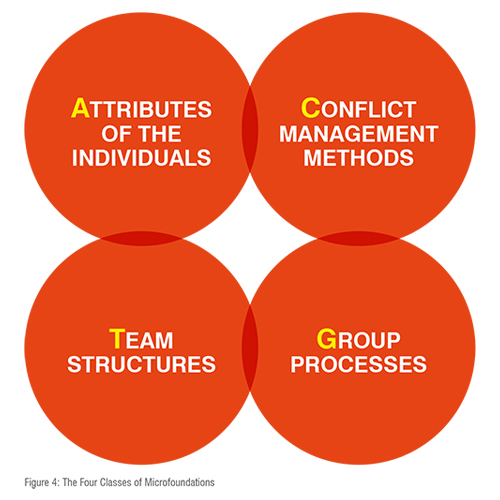 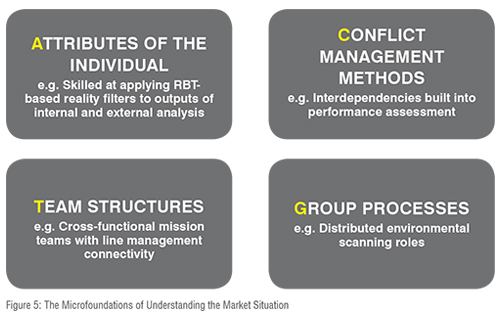 From Theory to Practice

In the above paragraphs, I’ve outlined some concepts that might seem theoretical but, like their genetic engineering analogue, have very important practical implications. They mean that it is possible to engineer a medical marketing team that is much superior to the present and to your competitors. But training alone is not the answer.

In practice, transforming the capabilities of the medical marketing team involves answering a sequence of five essential questions. These are summarised in figure 6.

As figure 6 reveals, creating a medical marketing team of X-men and women demands more thought and effort than the routine, bottoms-on-seats training that most pharma and medtech companies often use. The lesson is that superpowers don’t come easily. But nor does anything worth having. 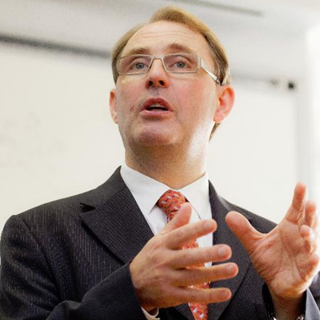 Brian D Smith is Adjunct Professor at SDA Bocconi, Italy and Visiting Research Fellow at the Open University Business School, UK. After a 20 year career as a research chemist then marketer in the pharmaceutical and medical technology sectors, he has spent the past 15 years researching competitive strategy in markets where the customer is the healthcare system. He works with many of the industrys global leaders and he is editor of the Journal of Medical Marketing. He has published almost 300 papers and books, the most recent of which, the Future of Pharma, is the basis of this article. He welcomes comments and questions at brian.smith@pragmedic.com