In the coming years, China will become an important player in local and global healthcare, from both provider and utilisation perspectives.

In 1968, the noted singer/songwriter Bob Dylan penned the hit song, “The Times They Are a Changin.” However, in his wildest dreams, I am sure that Dylan could not have imagined how prophetic his words were with regard to China.

China has emerged from the shadows of isolation to become a world economic power with a staggering growth rate (8% per annum for the past five years) that will soon eclipse the likes of France and England. Low-cost manufacturing and the availability of inexpensive and abundant labour have fuelled this growth. However, in order to sustain such growth and become a significant global economic power, the Chinese Government recognizes that future growth will only be achieved by investing in Research & Development (R&D).

China’s pharmaceutical market, including ethical and over-the-counter (OTC) drugs, already ranks in the top ten . Furthermore, it has been suggested that this sector will rise to $24 billion by 2010 – making it the fifth-largest market worldwide (Leonard, D. Wellspring of Knowledge, 1998, Harvard University School Press). Projecting further into the future and considering that along with economic growth and prosperity ensue the unwanted emergence of late onset chronic diseases, such as diabetes, arthritis and cardiovascular disorders, some theorize that by the middle of the century drug sales in China will outstrip those in every other country.

Unlike many developing nations, science education is strong and extensive in China. A UNESCO report on global education revealed that China has the largest number of college students in the world and produces approximately 300,000 students with graduate degrees each year, (Burrill & Company, Greater China Group 2005), a large portion of which are in life sciences. Clearly, more scientists are needed to fuel innovation and it is commendable that these talented young scientists are eager to enter the workforce and learn about the process of discovering medicines.

All of the above, coupled with a global pharmaceutical industry, which is suffering from increasingly higher costs to fuel their R&D engines and lower than expected productivity, suggest that investing in emerging markets, such as China, makes sense.

R&D investments by multinational pharmaceutical companies come in three flavours. The first and most advanced is simple fee-for-service outsourcing. Today many Contract Research Organisation (CRO)-based chemistry and pharmacology companies are emerging in China. Most were founded by Western-trained Chinese scientists, who returned to develop their business models. These models involve value-creation, which can be driven by cost-efficiencies passed on to the partner, coupled with high quality and timely output. Overall, this approach has had mixed success as most CRO-based relationships are not motivated primarily by cost savings. Rather, it is the quality of the work and the timeliness of delivery that drives
long-term relationships. Consequently, the jury is still out for some CROs in China. Nevertheless, they are quick to learn and adapt and are now striving to improve the quality of their services.

More recently, some multinational CROs are looking to China to establish facilities with similar business models. Their understanding of the needs of pharmaceutical and biotech companies, coupled with their know-how of global regulatory environments, will make them important players in the market. In addition, these companies have begun to recognise additional growth drivers that will develop in the coming years. These include gaining access to a highly trained and motivated workforce, the growth of biotech, pharmaceutical and clinical research centres, as well as an environment that allows freedom of operation in the area of safety pharmacology, and an overall trend in off-shoring. However, the potential growth of the multinational CRO sector in China will be challenged by rapid increase in operating costs, owing to the overall increase in affluence. A prime example has emerged during the past three years, as the cost for hiring Master’s level synthetic organic chemists in Shanghai almost doubled.

The second type of outsourcing will come from relationships between multinational pharmaceutical companies and biotechs, and emerging biotechs in China, which is being fuelled by Chinese scientists returning to market, with prior drug discovery experience and a focus on collaborative innovation. Today, the biotech sector is funded largely by private investors, local venture capital firms (VC) and the government. Similar to CROs, this sector provides both cost-efficiencies for the partner, along with novel approaches for discovering new medicines. While the talent is there and the entrepreneurial spirit is high, many of the emerging biotechs are under-funded. Unreasonable pressure is also being placed on these companies to provide a rapid return on investment. However, this dichotomy is not healthy and could, therefore, pose a serious threat to future growth. Clearly, this sector will grow, once U.S. and Western European VCs enter the market, driving the creation of more and better-funded start-ups, with reasonable business models.

The third outsourcing model will occur via a long-term investment in R&D by multinational pharmaceutical companies in the market. Roche, a pioneer among these firms, agrees with the Chinese Government that growth is driven by investing in R&D, which led us to create the first wholly owned R&D centre in China. This important commitment to both business and science in the Chinese market could not have occurred without strong support from the Pudong and Shanghai governments and a mutual understanding of the value-proposition. This was evident in 2004 by the visit of Vice Mayor Zhou Yu Peng during the opening ceremony of the Roche Shanghai R&D Centre.

Our initial focus in Shanghai is on medicinal chemistry to support lead generation and lead optimization, which we envision evolving to include all of the functions necessary to drive compounds into the clinic. Specific emphasis will then be on developing differentiated medicines that address diseases, which are prevalent in China and the Pacific Rim. These include Influenza, Severe Acute Respiratory Syndrome (SARS), Nasopharyngeal Cancer, Hepatocellular Carcinoma and Hepatitis B. Supplemented by the existing clinical development team and collaborations throughout the country supporting genetic/genomic efforts aimed at target discovery and lead generation, Roche now has a true innovation network in China, with the R&D Centre as its hub.

While there are many issues that Roche addressed before investing in China, one that remains key is protection of intellectual property rights. It is encouraging that since 1985, Chinese patent law has undergone two revisions that better define the legal framework concerning the application, evaluation and approval process for patents, as well as enforcement. Today, Chinese patent law complies with WTO/TRIPS requirements and since the Chinese government is now investing considerable funds in support of drug discovery, there is a strong interest to assure IPR protection going forward. As a result of the increase in both local and global support of the emerging biotech industry, intellectual property continues to be a major factor to consider for all innovation-based domestic and multinational companies. Clearly, the direction the government has taken, to address this key issue, has led to greater investments
in innovative healthcare.

On the pharmaceutical development front, medical care in China at times outstrips its Western counterparts. Hospitals and their networks are the backbone of the Chinese healthcare system and these hospitals are modernizing and focusing on developing preclinical/clinical trial capabilities that meet international standards. They enjoy a huge patient flow. On average, a doctor in China will see two-to-three times as many patients per day as in Western countries. The Beijing Tumor Hospital has more than 1,400 beds with a bed turnover rate of more than 100%.

However, the efficiency gained from this with regard to patient recruitment for drug development programs is counterbalanced by lengthy procedures required for approval and review of clinical trial designs, which makes China less desirable than other markets for conducting international clinical trials. On the brighter side, the government is now turning its attention to this issue and it is hoped that changes in the regulatory practices will likely emerge. In the meantime, not all is lost, and based on our long-term view; Roche is currently conducting about 23 clinical trials in China.

China emphasises the development of infrastructure to support the development of novel medicines, which includes building new high-tech parks clustered with biotech companies, hospitals and university institutes throughout the country. One example is Zhangjiang Hi Tech Park in Shanghai, which offers multinational companies an environment that fosters talent recruitment and close cooperation between inter-related healthcare organisations.

Clearly, China will become an important player in local and global healthcare from both provider and utilisation perspectives. The market and the people cannot and should not be ignored and both outsourcing and insourcing will be major growth drivers. When the transition from fee-for- service to innovative drug discovery emerges in the coming years, medicines from China will have a major impact on patients suffering with diseases around the world.

At Roche, our goal is to help drive that growth in China via collaboration and to provide our medicines and diagnostic products to healthcare providers and patients. 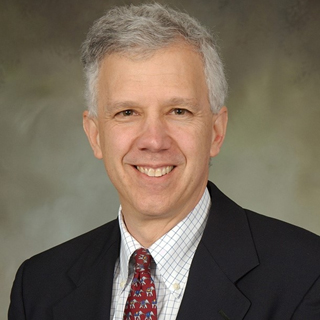