To respond to pressures like skyrocketing development costs, uncertainty around regulatory and reimbursement, patent cliffs, generic erosion, and a sluggish global economy, biopharmaceutical companies have been changing the way they approach virtually every aspect of their business, including R&D.

What are the drivers behind pharma outsourcing and how are they changing?
Currently, the pharmaceutical industry is facing some significant challenges. The blockbuster era is over, development costs are skyrocketing, uncertainty around regulatory and reimbursement, patent cliffs, generic erosion, and a sluggish global economy all have industry executives losing sleep at night. To respond to these pressures, biopharmaceutical companies have been changing the way they approach virtually every aspect of their business, including R&D. To remain competitive, drug makers are intensely focusing on generating more value and productivity from every dollar spent on R&D. The challenge of accelerating pharmaceutical product development while also controlling costs creates a difficult balancing act for industry executives. Through the use of strategic outsourcing with third-party vendors, drug makers can maximise their internal resources while at the same time enter into risk-sharing agreements with CROs to generate significant cost savings.

Why are certain areas, like R&D and clinical trials getting outsourced more, and which countries are benefiting from this?
One of the fastest-growing emerging markets for clinical trial work outside China is South Korea. According to Outsourcing-Pharma.com, the number of clinical trials initiated in South Korea increased from 206 in 2006 to 513 in 2009: a 150 per cent increase over the four-year span (Outsourcing-Pharma.com, 2010). While Korea’s pharmaceutical industry is competitive in terms of chemical and synthesizing technologies, it is considered less competitive in drug screening, safety evaluation and clinical development. Companies have therefore found partnering to be an ideal way of becoming more involved in R&D.

The increased investment in South Korea is not only coming from outside the country. The government is also putting forward initiatives to spur investment dollars into the country’s clinical trials market. One government initiative is the Korea National Enterprise for Clinical Trials (KoNECT), a collaboration between the South Korean government and a number of global Contract Research Organizations (CROs) to provide life sciences groups with clinical resources, training and support. Icon and KoNECT will collaborate on a series of educational events for local and multinational pharmaceutical companies, investigators and industry executives. Programs will aim to further enhance the already high standards for clinical research in South Korea, including creating therapeutic-focused seminars.

In addition to KoNECT, the Korea Drug Development Fund (KDDF) is a consortium of three health-related Korean ministries established to help Korean drug companies develop and commercialise healthcare products for the global market. With assets approaching US$1 billion, KDDF was established in September 2011 to develop at least 10 new drugs by 2019 for the global pharmaceutical market.

The emerging markets in Europe, the Middle East and Africa (EMEA) have become attractive regions for pharmaceutical outsourcing due to easy access to large treatment-naïve patient pools, low labor and manufacturing costs and highly skilled medical research talent. In fact, the population of Central and Eastern European countries exceeds that of either the US or the five largest Western European markets combined. Furthermore, there is a lower saturation of competing trials within the region compared to other, more developed markets, and recruitment and retention are also strong. However, due to regional differences in commercialisation and regulatory pathways, the need to partner with local clinical trial expertise is a critical plank in any pharmaceutical company’s globalisation strategy.

After the fall of the Iron Curtain more than 20 years ago, countries such as Russia and Poland arose as outsourcing hot spots in Europe, however the clinical trial market has been stagnant there during the last decade. Now, thanks to the mercilessness of the patent cliff and maturing drug markets in the US, Japan and Germany, pharmaceutical companies are searching for opportunities in Central and Eastern Europe for renewed profit generation and to grow market share. As a result, CROs are following their pharmaceutical brethren into EMEA, which has led to an increase in deals activity and infrastructure investment into the region. The larger presence in countries such as Russia will help CROs to expand both their client lists and revenue bases.

How is the nature of outsourcing in Asia changing? What are the key challenges Asia needs to address?
Asia is a mixed bag of tricks with each country having its own internal dynamics. Countries such as China, Taiwan, Singapore, Korea and Vietnam have become important destinations for conducting clinical trials. Singapore, for example, is often considered the nucleus for clinical research in the Asia-Pacific region. With mainland China and the Korean peninsula to the north and Australia and Oceania to the south, it is a natural hub for clinical outsourcing. The government of Singapore promotes translational and biomarker research and has put in place laws protecting intellectual property. It also adheres to Good Clinical Practice (GCP) guidelines, offering a sense of security and assurance to pharma clients looking to conduct trials in the country. However, with a small patient pool, clinical trial opportunities in Singapore (and other small countries) are limited to mostly Phase I/II trials, leaving the heavily populated countries (China) to grab the bulk of late-stage trials where large patient numbers are required.

The Chinese CRO market has been rapidly growing over the last few years as Big Pharma looks to tap into the region’s burgeoning drug market. However, pharmaceutical companies and service providers are entering China (and certainly India) with tepid hesitation, and for good reason. Both countries have lax standards around patient safety, which is concerning to pharmaceutical companies looking to conduct clinical trials. While both India and China offer access to large pools of treatment-naïve patients and cheap labor, each country’s regulatory structure lacks the transparency seen with the US and EU agencies and are riddled with hurdles. China and India offer byzantine regulatory regimes, making each country far more complicated than originally thought. As a result, the labor savings in China and India are commonly juxtaposed with longer approval timelines for bringing a drug to market. This is beginning to change how pharmaceutical companies and CROs do business in these countries.

India is a different story. Demand for conducting clinical trials in India has essentially evaporated as pharmaceutical companies wait on the sidelines for it to overhaul its regulatory framework in light of the some 400 clinical trial deaths reported in 2012, a number many watchdog groups attribute to the country’s lax regulations. However, the government has begun to put in place policies to start rebranding its image for conducting clinical research. It is in the process of establishing independent ethics committees similar to those which exist in the US and in Europe, and regulators are pushing for the requirement of studies to be conducted in GMP-compliant facilities that are on file with regulators, and subject to random inspections. Time will tell if these measures are robust enough to reintroduce confidence to the system, but until then, pharmaceutical companies will have a wait-and-see approach. 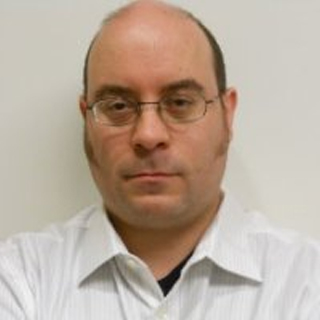 Adam is an Analyst in the Healthcare Industry Dynamics Team at GlobalData. He is an author of GlobalData’s PharmaLeaders benchmark reports, which rank the competitive positions of the top companies in the pharmaceutical, biotech, and CRO/CMO sectors. Adam received his B.S. in Neuroscience from Merrimack College, and M.S. in Marketing from the University of New Haven.