Pharmaceutical advertising or prescription/non-prescription drug promotion will remain a widely debated topic, perhaps until a global understanding of regulations surrounding it is established. When it comes to promoting prescription and non-prescription drugs, evolving laws and regulations bring about a complexity like none other in pharmaceutical regulatory Affairs. In multiple countries, the primary source of educating the end users/prescribers is a unidirectional promotional material flow. For a company aiming to launch a molecule in multiple markets insight of the regulations in that market and drawing a comparison to regulated/semi-regulated/unregulated markets may help understand and navigate precedents and complexities. This piece consolidates the current thought process behind promotional material globally and the author’s opinion on pharmaceutical advertising utopia.

One of the most important tasks of any regulatory body is to ensure that pharmaceutical products are developed in accordance with the local/regional regulatory requirements. It not only includes the process of regulating and monitoring the manufacturing of medicines but also the processes of their distribution and promotion.

Therefore, for any global pharmaceutical marketer, it is important to analyse the differences and commonalities of regulatory requirements and pharmaceutical legislation around the world.

Over the last few years, pharmaceutical companies have faced several challenges when it comes to their ad campaigns.

The reasons why the recent news is focused on pharmaceutical advertising and promotions, is- the changing regulations and stricter laws surrounding promotions, put into place by health authorities to keep in check, pharmaceutical manufacturers from often unknowingly making-flawed, misleading, and unlawful statements about their products. Rising fines, notices of violation and cease-anddesist letters cost pharma a lot, and as an industry-wide movement, pharmaceutical companies are now moving towards performing a medico-legal-regulatory review that they should have taken up before beginning to market their products.

With about US$ 1.6 billion spent by pharma in print advertising, approximately US$ 565 million in programmatic ad spend between January 2020 and August 2021, and an expected US$ 15 billion expenditure on influencer marketing by the end of 2022, it’s no doubt that people are talking about pharmaceutical advertising and promotions. The way promotions are done is changing, and it’s time that the laws governing promotion are decoded and communicated to marketeers in a manner that aids compliance.

Where exactly is the problem?

Based on the analysis of an independent survey of over one thousand (1000) recent healthcare advertisements, it was found that:

Those are alarming numbers

One may ask why they are even observed with the current set of laws in place. What is the root cause for these misleading advertisements and promotions? The answer to this question is rather simple.

Each country and its regional laws - the existing, the adapted and/or translated, and the deep grey chasms in between, and the inconsistencies in understanding, consolidating differences, and similarities in said laws are the pain points in creating globally compliant promotional material.

Therefore, when a comparison was drawn between developed and regulated markets and semi/unregulated ones on promotional material for pharmaceuticals, it was found that almost every country follows the developed nations and regulated markets with slight deviations, However, here the deviations seemed to arise from the ability, or lack thereof, of a statutory body to be able to regulate, legislate and govern while keeping a watchful eye over what’s happening. Or it stemmed from the lack of confidence in developing selfregulation parameters.

Another reason could be that the pharmaceutical manufacturers aren’t looking at specific markets as potential earners and are yet to start heavy promotions there. But we can only speculate.

Globally, the mandates are rather similar, –barring certain small deviations.

• DTC (Direct-to-Consumer) is risky, so do it with care in a mannerism of education
• Self-regulate, and we trust you to not mislead the consumers
• Do not claim that which is untrue.

Some examples of country-specific deviations are as follows:

• Larger regulated markets like the US and Europe have multiple regulatory authorities, while semi-regulated have a single, or sometimes no specific authority to monitor the promotions

• In countries like Portugal, Estonia, Belarus, Denmark, Ireland, Belgium, and Norway, the definition of advertisement is perceived as being informative rather than communication-focused as compared to others

• Finland, Belarus, Czech Republic, Iceland, Portugal, etc. have specifically called out that they do not allow direct comparison with competitor products directed to the general public as compared to other countries Prescription advertisement is prohibited in all countries except New Zealand and the US. Google Ads allows manufacturers to advertise digitally in Canada with certain restrictions

Advertisers, in terms of copy or creatives, are under immense pressure to follow global mandates and guidelines and are sometimes forced to sacrifice creativity in the pursuit of compliance. This frenzy, clutter in tracking, memorising, and complying with individual country laws have often resulted in global pharma marketers losing track or sometimes completely forgetting submissions, resulting in fines and notices of violations.

Now, what can one do to avoid this confusion? What is the ideal solution for this?

The role of a RAP specialist

It is imperative that all statements made in advertising, whether express or implied, can be fully substantiated. This is due to the level of accuracy, quality, and honesty required by pharmaceutical and biotechnology companies to support the promotion of medicines and products. This is exactly where the RAP specialist plays a crucial role. The RAP specialist provides advice on strategic adjustment before and after marketing activities when risk-based cross-functional decision-making is critical. When providing strategic advice on drug advertising and promotion, the ability to think broadly and paying attention to detail ensures compliance with the local health authority rules and guidelines.

Those working as RAP (usually medical, legal, and regulatory professionals; a.k.a. MLR committee at times) specialists need a deep understanding of the regulatory framework to ensure business compliance. They should provide strategic regulatory guidance to businesses throughout the pharmaceutical product lifecycle. It is critical that legal, regulatory, and medical teams take the time to understand business goals and support achieving those goals within legal and regulatory constraints. Equally important is that the business groups value the role of external auditors and specialised promotional material consultants in ensuring that products are properly marketed.

In the Advertising Review Committee, friction can often arise between the marketing team and members representing the medical, legal, and regulatory issues. Integrating content with the medical, legal, and regulatory review processes delivers more value to patients and consumers, reduces the cost of producing content, and helps an organisation become a more efficient company. The costs associated with setting up, training, and sustaining a RAP committee can often run into hundreds and thousands of dollars. Hence, smaller companies, and often even large multinationals, are choosing to outsource this function to specialised medico-regulatory consultants and auditors while keeping only legal teams in-house.

On the future of pharmaceutical advertising

The drive to be rational has led people to trust and conjure laws and regulations bound tightly by universal applicability and generalisation.

But context, on how people think, behave and act, is perhaps missing when it comes to pharmaceutical advertising. One of the guiding factors that need to be incorporated in promotional material regulations is the fact that considerations need to be made to susceptibility and the potential influenceability of the intended audience by drawing up certain measures of maturity and self-decision-making capabilities with regards to health by the nation’s populace. When added to self-regulation norms, it makes for better content. A touch of personalisation as a mandate would also generally benefit the sector. For example, if a group values prevention and community medicine, pharmaceutical companies should develop approaches for that group, knowing that traditional pharmaceutical marketing won't work. Instead, they need to understand the social, cultural, economic, and ethical impact of their medicines and use this knowledge to personalise their approach towards consumers. They can no longer focus solely on the positive or negative health effects of drug usage.

Despite limited cost controls, regulatory constraints, and global competition, the drug-marketing space will have to focus on users, taking a patient-first, and not pill-first approach in the future. One thing is for sure, interesting promotions lie ahead. 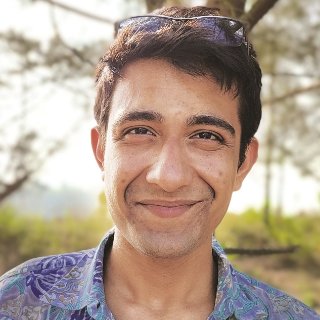 Manan Ambani is a Senior Team Lead in Freyr Solutions’ Medicinal Products Division. A pharmacist and MBA graduate from Narsee Monjee Institute of Management Studies (NMIMS) Mumbai, he believes that there is a place for innovation in the everyday lives of all stakeholders, internal as well as external. He holds experience across the pharmaceutical and healthcare value chain, ranging from formulation development and R&D to healthcare advertising and communications