Fulfilling the Promise of China

Fulfilling the Promise of China

Sustained economic growth and tremendous unmet needs in important therapeutic areas in China are creating huge potential for the industry but the ability to adapt successful practices to the nuances of the local market will be critical.

In recent years, emerging markets have been rapidly gaining importance world wide. And this is certainly the case with pharmaceuticals. The dominance of the US and larger markets remains, but as overall growth continues to slow—reaching just 7% in 2006—emerging markets are stepping up the pace. Since 2001, their share of global pharmaceutical market growth has risen from 13% to 27%. Seven of the leading ten countries in the emerging markets group showed double-digit growth in 2006 and this group is anticipated to grow 9%-10% in 2007. The leaders among them, including China and India, are now in the top 20, with clear potential for even further growth going forward.

The top, more developed pharma markets may still represent over 80% of the total world market, but the growing importance of emerging countries is undeniable.

With emerging markets taking more global share each year, no multinational pharma company seeking sustainable growth can afford to ignore them. The incentives for entry or expansion are clear and many pharmaceutical companies are already turning to these bright spots outside their traditional markets, in their efforts to compensate for increasingly flat global growth.

However, key to effective positioning in any emerging market—whether in the form of profitable expansion and portfolio strategies in the case of multinational companies that already have a presence, or entry strategies for companies looking to establish a local foothold—will be the ability to transfer successful practices from core markets while simultaneously understanding and adapting to the particular healthcare characteristics of each local situation.

Emerging markets are notoriously dynamic. Consider the case of South Korea, where, in an effort to reduce drug abuse and misuse, the government introduced— and too quickly executed—a plan that drew a well-defined line between the roles of doctors and pharmacists. Doctors were banned from selling drugs to outpatients, while pharmacists were prohibited from randomly dispensing drugs without prescriptions. This rapid separation of prescribing and dispensing—which occurred in the space of two years—caused a radical shift in the market and behavioural change by the major stakeholders. Companies had to rapidly and fundamentally redesign their business models as doctors dramatically changed their prescribing behaviour. The ability to forecast and keep pace with such rapid changes will be critical.

Significant to the development of geographical expansion plans in these markets and monitoring of performance against them is the fact that reliable market measures are only just beginning to appear. So far these reveal a very varied picture. Although many emerging markets share similar characteristics—particularly in relation to the dominant role of generic medicines and cash-strapped public healthcare systems—all are at very different stages of evolution. As the current embryonic measures evolve, analogous and local expertise will be the key to informed decision-making.

Some of the most promising opportunities for growth lie in China—positioned to overtake Germany in 2008 to become the world’s third largest economy after the US and Japan. Major drivers of this performance include exceptional economic growth—approaching 11% in 2006, the fastest rate since 1995—an increase in the average standard of living, improved health awareness, rapid expansion of social insurance programmes and significant investment by major industry players. Continued strong GDP growth exceeding that of other emerging countries such as Brazil, India, and Russia, is predicted to position China as the largest economy globally by 2040. This will not only drive the population’s ability to spend more on healthcare, but it will also, as affluence and chronic diseases increase, feed a greater need for innovative drugs.

On the demand side, disease profiles in China have shifted to more expensive chronic and speciality diseases such as cancer. This trend is exacerbated by a rapidly aging population and urbanisation. Even with the fast growth of healthcare in recent years, there are still significant gaps in diagnosis, treatment and compliance in all major categories. Indeed, in some treatment areas, these gaps appear to be widening.

Business activity has already started to expand outside traditional large urban areas in China. Combined with increasing diagnosis and treatment rates this is creating huge potential for the industry to secure new avenues of growth and optimise return on investment and setting up China to become the seventh largest pharma market by 2010.

There is little doubt that companies which are successful in China will yield higher growth rates than those that remain focussed only on more mature markets. However, China is a prime example of the extent to which an emerging market can vary from a more developed Western one and bring its own unique challenges. The country suffers from a particularly fragmented industry sector and huge disparity between its 650 cities and townships with varying characteristics such as physician attitudes and prescribing drivers. At the same time, fundamental issues in its healthcare system, including serious funding deficits, a poorly developed insurance market and a concentration of healthcare provision in large hospitals in major cities (when most of the population resides in rural areas), impede the delivery of quality medical care.

If there is any constant in China’s healthcare environment, it is constant change and this is about to accelerate. While acknowledging the failure of past healthcare reform initiatives, the central leadership has made healthcare a central pillar in its drive to build a harmonious society. The scope and depth of its proposals demonstrate the government’s determination and commitment to providing good healthcare for China’s citizens. But these proposals have profound and game-changing implications for the pharmaceutical industry and players in the healthcare arena. The degree to which companies anticipate and successfully handle these changes will be the difference between success and failure in realising the full potential of their China business.

At the portfolio level, there is a need to understand what kind of portfolios are profitable in the long-term given the disease burden forecast and the likelihood of favourable market access treatment in terms of listing and pricing. With increasing pressure to prove ‘value for money’, value-based arguments and analysis are anticipated to play a bigger role in the pricing and reimbursement framework. This has a profound impact on a company’s future portfolio design and brand level business model. Given the markedly different behaviour of branded generics in terms of their pricing and sustainability, to what extent should this be part of a multinational corporation’s (MNC’s) strategy? This question becomes even more pertinent if one takes into consideration the fact that the majority of MNC products in China today are actually generics by international standards.

Another key issue is the nature of healthcare funding and how this is utilised and distributed throughout the system. As the government increases funding to provide basic healthcare services for universal coverage, how does that impact prescribing and funding for innovative medicines vis-à-vis generics?

This question becomes quite complicated when the future prospect of private insurance is brought into the picture. Given the strong correlation between market growth and reimbursement funding, a likely scenario is that both will benefit although with different proportions depending on therapeutic class and geography.

Healthcare delivery and reorganisation
A related issue is the continuing evolution of the healthcare delivery landscape. As the government agencies try to streamline the healthcare delivery supply chain and rationalise the allocation of limited resources (emphasis on community clinics/hospitals for example), it will have profound implications on the current engagement and selling model for pharmaceutical companies. Changing stakeholders and incentives will make some of the conventional thinking and existing practices obsolete.

Human resource practices
One of the key constraints in the industry is the dearth of talent at every level of the business. With sales force attrition level at 30% annually, it is very difficult to develop and execute a long term strategy. Investment strategies without a significant HR component are doomed to failure. But HR in China is quite different and its effectiveness drivers are different from those in the West. It is mission critical to build an HR strategy that emphasises China-specific measures which are cost-effective and implementable. Replicating global HR practices without local adaptation will be both costly and non-consequential.

In addition, hospital channel dominance, a complex multi-tiered supply chain, proliferation of outlets and players, low levels of technology, counterfeits and corruption, all need to be understood and navigated. Identifying and focussing efforts on the key opportunities for growth will be contingent on understanding such critical issues as the shift from tier 1 to tier 2 and tier 3 cities where the population is migrating and economies are prospering; extending the reach of sales activities into new areas where drug coverage is needed; transforming approaches to customer segmentation; accurate hospital targeting; and the delivery of effective messaging to the right doctors and in the right format.

China’s healthcare—in keeping with that of many emerging markets—is at a crossroads. In such an environment, what is the role of the pharmaceutical industry as China tackles the challenge of providing affordable quality healthcare to the largest population on the globe? What can manufacturers do to successfully advocate their importance to ensure a sustainable future? Is there potential to build a broad-based, sustainable advocacy programme that will show the government that there is a better way to provide healthcare, one that will resonate with the Chinese aspiration of building an innovation driven economy? The industry is in a unique position to truly show its value, to participate in the creation of a new engagement model with the government—one that is built on partnership and the value of health. This will involve some short-term tradeoffs and investment decisions but the opportunity to create a sustainable operating environment which rewards innovation and value of medicine is one that should be grasped.

Getting a measure of emerging markets

To answer the critical questions on investment and resource allocation in the emerging markets, companies need reliable information and market measures from experts on the ground; people who understand the country, the government and the systems. This type of expertise will be invaluable as an aid to forecasting, improving the tracking of market evolution, understanding the impact of policy changes and optimising resources at the global and local level.

The geographic and economic diversity of countries like China makes national level market research both time-consuming and expensive, calling for smart statistical design, modern technology and adequate resources. With the renewed commitment by the government to provide universal access to basic healthcare, data capturing at the rural and community level is essential, along with prescription-level data for an understanding of disease patterns, current treatment guidelines and efficient resource allocation. Good supply chain visibility and product tracking are also essential as they not only impact the bottom line but also the safety of medicine. It is also important to recognise that Chinese data is intrinsically limited and must be combined with powerful analytics and in-depth industry knowledge to reach meaningful insights and solutions. Pioneering efforts are now underway to support the development of consistent metrics, as well as initiatives to establish treatment guidelines—increasingly seen as being crucial to cost-effective healthcare in China—and health economics data in key chronic disease areas—critical to promoting value and industry growth.

For companies used to working with reliable market measures in developed markets, the nascent metrics and reliance on local expertise and consulting skills will underpin entirely new ways of understanding markets and their dynamics. There is risk, of course, but no company can overlook such a rich source of potential future growth. Those that do not move rapidly to design appropriate operations in these economies of the future will find themselves competing in an ever shrinking part of the market. 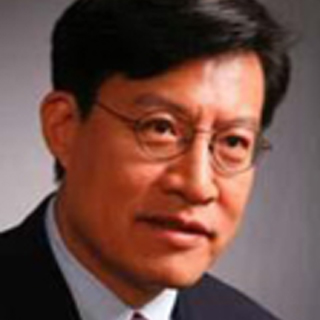