Regulatory reliance is increasingly being used by National Regulatory Authorities (NRAs) with different regulatory systems and is actively promoted by the World Health Organization (WHO) as a mechanism to better manage resource capacity issues and strengthen regulatory systems. NRAs in Asia remain key in spearheading efforts and offer opportunities for all stakeholders.

In 2016 the WHO published an article in its Drug Information Bulletin titled Collaboration, not competition: developing new reliance models1 The article´s authors argued that modern medicines manufacture and distribution were becoming more and more globalized and that as a consequence the manufacturing processes and supply chains of pharmaceutical products, including generics, were increasingly complex´. They went on to say that the same medicinal product was often distributed in several countries or world regions and used by patients all over the world, pointing out too that it was also common that different manufacturing phases for the same product takes place in different countries, often separated by long distances.

The authors highlighted the fact that new medicines coming onto the market such as biotechnology, gene therapy or cell therapy products were complex products and that some National Regulatory Authorities (NRAs) may lack the resources or specific competences to carry out assessments of these products before they are put on their markets. They argued that collaboration among NRAs was vital to avoid duplication of work, release scarce resources for more critical areas and speed up patient access to both new and existing medicines and vaccines.

The article was prescient in its analysis and the ideas behind it are even truer today. The growing awareness of the need for regulators to work together has led to the emergence of new models of cooperation, such as regulatory reliance.

Reliance is a broad concept and can be achieved in real life in different ways.

The WHO defines regulatory reliance as `the act whereby the regulatory authority in one jurisdiction may take into account and give significant weight to – i.e. totally or partially rely upon – evaluations performed by another regulatory authority or trusted institution in reaching its own decision. The relying authority remains responsible and accountable for decisions taken, even when it relies on the decisions and information of others.’

For example, when an assessment report for a medicine authorised in the EU is shared with an NRA in Africa, the receiving authority might still need to consider differences in conditions of use, patient population and other parameters. In many cases reliance on the assessment or inspection work carried out by another trusted NRA can be the best way to cooperate effectively. Reliance can be unilateral, bilateral (mutual) or multilateral.

Regulatory reliance is a concept whose time has come.

Strengthening regulatory systems and increasing their efficiency is something all players in the biopharma sector wish for and ultimately benefit from. Momentum for the move towards regulatory reliance is being driven by various bodies such as the WHO , the Pan American Health Organization (PAHO) and the European Medicines Agency as a mechanism for NRAs to better manage resource capacity issues whilst simultaneously strengthening regulatory systems. This allows them to focus on core national activities and is a key exemplar of a risk-based review system.

Over the last decade we have seen the growing emergence of regulatory reliance in the sphere of infectious diseases: vaccines or medicines used to prevent or treat public health priority diseases are a case in point. Examples of this include the WHO Expanded Programme on Immunisation, medicines for protections against diseases such as HIV/AIDS, tuberculosis and malaria and products of global health interest (innovative small molecule and biologicals, biosimilars, vaccines and generic medicines).

There are numerous other examples.

Switzerland has in place a system that legislates for its regulatory authority Swissmedic to approve medical products that have been approved in other countries provided that the applicant approaches it do so.

But regulatory reliance is becoming increasingly important in regions like Asia where efforts are being spearheaded both by influential bodies like APEC and countries like Singapore.

APEC established a Regulatory Harmonization Steering Committee (RHSC) in 2010 to advocate for regulatory convergence in pharmaceuticals for improved public health and economic development among its 21 economies (APEC Member Economies 20172). Convergence will focus on the process of aligning multiple countries’ regulations for greater regulatory cooperation and does not necessarily require the regulations to be ‘harmonised’. The ultimate aim would be for APEC economies to achieve the maximum level of regulatory convergence feasible by 2020 and would focus on four key areas: Certificate of Pharmaceutical Product (CPP); the Pharmaceutical Inspection Co-operation Scheme (PIC/S) membership; managing multiple sites in one license; and risk-based reliance evaluation system.

Huge progress has been made, but in some countries it has been uneven.

Singapore, for example, has led the way on both CPP and risk reliance evaluation.

The CPP was developed by the WHO as a tool to support product registration among national regulatory authorities, especially in developing countries. It serves as evidence that a product has been approved by the national regulatory authority that issued the CPP. Previously, Singapore (a member of both APEC and ICH) used to request for CPPs but as its regulatory system matured, the requirement for the CPP has been removed from both its pre- and post-marketing control requirements3.

On risk reliance Singapore signed an agreement with Australia nearly two decades ago, which has treaty status and includes the sector on Medicinal Product GMP Inspection. Under the MRA, the Therapeutic Goods Administration (TGA) of Australia accepts the conclusions of inspections of manufacturers carried out by GMP Auditors of (Singapore) and vice-versa4. In 2011, two of Singapore’s Reference Agencies, Health Canada and the Swissmedic, invited Singapore to begin sharing work on generics evaluation. This cooperation led to a four-member regulatory consortium (ACSS) established in 2007.

Elsewhere though there is room for improvement. Several NRAs in Asia still dictate on cumbersome and duplicative regulations that continue to stifle efficiency and the development of regulatory partnerships.

What then are the conditions needed for the effective implementation of regulatory reliance?

First of all, regulatory reliance should be considered by NRAs regardless of their resource or capacity level and independent of their maturity. In fact, streamlined processes for handling regulatory reliance can be seen as an exemplar of maturity. All agencies in future will need to engage in reliance whether this is through information sharing, work sharing, collaborative evaluations, targeted assessments or full mutual recognition.

Fourth, pilot programs for reliance-based regulatory procedures will provide initial practical experience for NRAs and applicants. Robust evaluation of results from these programs, including feedback and dialogue between NRA and Industry users, could swiftly capture opportunities to improve processes and procedures leading to increased trust and acceptability by all stakeholders.

Fifth, reliance-based regulatory procedures can be implemented at many stages in the product life-cycle.

There will of course be challenges along the way. 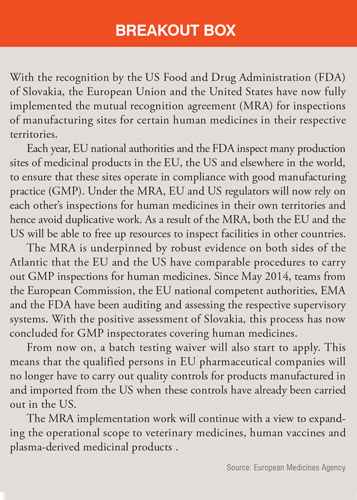 Regulatory reliance cannot happen in a vacuum so there will inevitably be a need to map out implications of increasing reliance globally within existing regulatory networks/schemes. It also means that administrative requirements for existing reliance schemes need to be taken into account going forward.

The misalignment over the source (NRA or manufacturer) and volume of information is a potential problem as would be the lack of advance agreement between NRAs on the information to be relied upon. The lack of safeguards of confidentiality also need to be addressed.

Collaboration and dialogue will help to create and build trust between stakeholders, which is the foundation of regulatory reliance.

So, who are the winners in a system of regulatory reliance?

The NRAs also gain enormously by efficiently utilising resources that avoid duplication of work and providing opportunities to strengthen the regulatory system, while maintaining sovereignty over decision-making. As does industry with streamlined management of regulatory submissions and global supply systems as well as predictable, timely approvals. 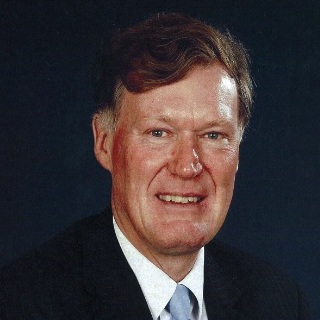 David Jefferys is currently the Senior Vice President for Global Regulatory, Healthcare Policy and Corporate Affairs, Eisai Europe and Chairman of the Eisai Global Regulatory Council. He also sits as a member of the European Working Group of the UK Ministerial Industry Strategy Group and UK Innovation Board. He is Chairman of the ABPI Regulatory Affairs Group and a member of several EFPIA committees. He is also Chair of the IFPMA RSC.