Four Strategic Instincts Separate Great Strategists from the Others.

You are probably all-too-familiar with the rigmarole of strategic planning – situational analyses and spreadsheets, slide decks and strategy reviews. If you’ve worked in more than one life sciences company, you have probably noticed that all companies have similar processes, even if they use slightly different jargon or acronyms. This mimicry of processes is so common that academics have even given it a name: institutional isomorphism. But if your firm and its rivals use the same strategic planning tools in the same way, where does your competitive advantage come from? I’ve been fascinated by this question for decades and in this article I’ll share with you what my research has uncovered.

As a research professor, I go from company to company asking about what works, what fails and what makes a difference. It quickly becomes clear where competitive advantage isn’t coming from. Life science companies buy the same market research and use similar planning templates with comparable levels of skill. After all, in our incestuous industry people move around and share ideas so any ‘“secret sauce’ doesn’t stay secret for long.

No, the source of competitive advantage isn’t in the strategic planning recipe they follow. It begins long before they have even begun the formal planning process. It begins with the strategic habits of their senior executives, their habitual, almost sub-conscious way of thinking about where and how to compete. These instincts are so deeply embedded, sometimes unconscious, that they are best described as “strategic instincts”. Strong strategic instincts lead to strong strategies and vice versa. In my research, I’ve uncovered four sets of these instincts, behaviours that make the difference between strategically competent executives and their less strategic colleagues. In my work teaching strategic instincts, I shorten these to the acronym FACT (see figure) and I’ve explained them below. 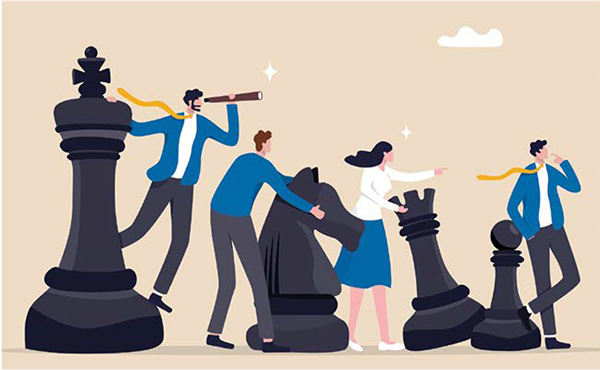 Framing is a term from cognitive psychology that refers to how people see the same situation in different ways, often leading to different choices. In my research, I find that strong strategists ‘frame’ the market and their strategy differently from others. Instinctively, they think:

These framing instincts are more important and consequential than you might realise. For example, strong strategists look at market opportunities as the number of people with a disease and not as the number of prescriptions written. They focus less on the competitor with the highest share and worry more about the rival that is liked best by patients and prescribers, because where preference goes profit follows. And when considering what to do, they always think about opportunity cost, that is what doors their actions close. By comparison, their less strategic colleagues frame the market as the number of prescriptions written, focus on fighting the market share leader and decide what to do based on estimates of return on investment. Those less-strategically-effective instincts lead them unthinkingly towards imitative strategies. When I see a strong strategist creating a game-changing, highly differentiated competitive strategy, it’s almost always because their framing instincts were strong. 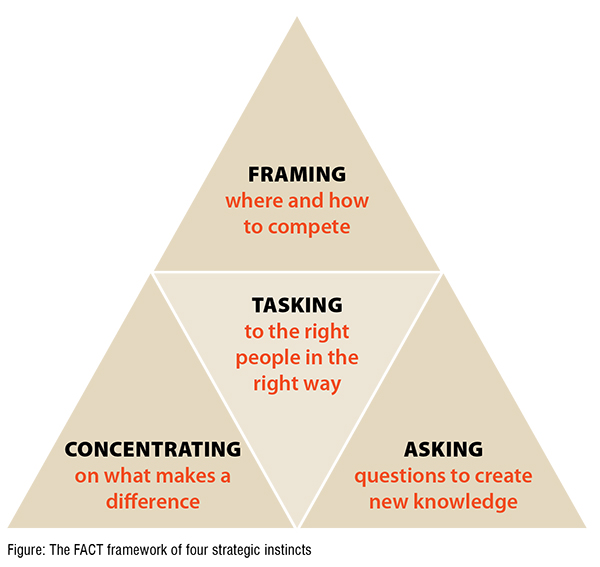 Asking is the the strong strategist’s instinct to know something important about the market that the competitors don’t know. In my work with strong strategists, I notice that they ask three kinds of questions:

• If we did this, what do we think would happen?
• What explains the way the market is behaving?
• Which of our current ideas about how the market works best fits the facts?

Asking these questions has its logical foundations in deductive, inductive and abductive reasoning but many natural strategists ask them without knowing that because it has become their instinct to ask questions like this. The answers to these questions often reveal something that competitors haven’t realised. For example, asking what would happen if we increased the sales team might reveal that access to prescribers is the critical issue. Asking why the market behaves the way it does might reveal a market access mechanism that no one fully appreciates. Asking about whether the market is driven by patients, prescribers or payers often reveals that the only theory that fits reality is that all three play a part. By contrast, those who fail to ask these questions tend to thoughtlessly follow conventional wisdom about how the market works, ideas that were often developed many years ago and have become obsolete as the market has changed. Without asking new questions to create new knowledge, firms fall into the ‘last year’s slide deck’ trap, when the strategy process just becomes an updating exercise or, as one of my research respondents called it, ‘putting lipstick on the pig’. Whenever I ask why a firm has adopted an original, winning strategy, I’m often told “Well, we know something our competitors don’t!”.

Concentrating is the strong strategist’s instinct to focus resources intensely where they will make a significant difference and to not waste resources on anything else. This instinct to concentrate has three particular features:

The instinct to concentrate is probably the one that is most characteristic of strong strategists because it goes most strongly against the instincts of others. In most companies, information is structured around people, such as prescriber types or patient categories. This means it takes real determination to force the strategy to concentrate on situations, such as when a particular prescriber type is treating a certain kind of patient in a specific payer environment. Concentration also runs counter to the ‘detailing instinct’ of concentrating on a drug’s features and benefits because it means focusing like a laser on those issues that drive the prescribing decision. Strong strategists often build their value propositions around minor advantages that shape customer preference rather than significant USPs that are irrelevant to the market. Finally, concentration is often resisted by those with pet projects or special interests. For example, moving resources from the sale team to increase medical science liaison or giving up congresses to give resources to digital channels are both hard to achieve but are often important to achieve concentration. Whenever I talk to a strong strategist and ask what their strategy is, they frequently begin with “Let me start by telling you what we’ve stopped doing…”.

to ensure their strategy is implemented through people. When I observe this happening, it’s very obviously different from how execution in managed in weakstrategy companies. The tasking instinct has four parts:

The tasking instinct is often hidden because weak strategists execute by doing something that looks superficially like, but isn’t, these four things. Most pharmaceutical companies build elaborate execution plans of spreadsheets, schedules and project plans with team leaders and “SMART” goals. These documents become ends in themselves rather than means to an end, resulting in endless unnecessary meetings to achieve ‘“alignment’. By contrast, the instinct of strong strategists is to identify only a handful of critical success factors, things that must happen for the strategy to work. Then they give ownership to whoever is most capable of executing, even if it means that crosses functional boundaries. The instinct of strong strategists is then to enable the owner with decision making power and ample resources and to make them feel responsible and motivated. When I watch this in action, it’s really very different from the ‘death by endless meetings’ that I see in firms with less strategic capability.

FACTs can be taught

It has taken me many years of serious academic research to work out what makes some pharmaceutical companies better at making and executing strategy than others. That’s because the differences between strong and weak strategists aren’t explicit and can’t be found in the processes they use or seen in their organisational charts. What differentiates strong strategists from the others is implicit and tacit. It can only be seen in the instinctive way they frame the market, ask the right questions, concentrate resources and task for implementation. Seeing and understanding these implicit instincts, which are often subconscious behaviours, is much harder than just watching their explicit processes. I compare it to understanding what makes someone a strong musician or sports player. The obvious is easy to see, the intangible is hard to understand. But you can learn to play the piano or to play tennis. A few people are “naturals” but many more can learn to be very good without those natural gifts. The same is true with strategy instincts; whilst a tiny minority are strategy naturals, most strong strategists aren’t. They learned their instincts like any conscientious musician or tennis star.

There are two keys to learning strategic instincts. The first is to know what they are, to recognise what good strategic instincts look like. That’s what I’ve covered in this article and summarised in the acronym FACT. Knowing FACT is necessary but not sufficient. The second key is learning the right way. Like musical or sporting skill, the FACT strategic instincts can’t be learned quickly or by rote. It requires coaching, practice and reflection. When I ask strong strategists where they learned they instincts they usually tell me that had a mentor or teacher. Some were lucky to find that in their organisation, such as their boss, but most were not that lucky and learned from others outside their firm. I could write much more about how I teach strategic instincts but that’s outside the scope of this article and beyond my word count. 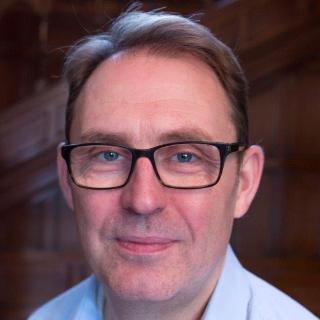