Is there a win-win partnering strategy?

Thesaurus would use the words customer and consumer interchangeably but the pharmaceutical industry would probably not. For the pharmaceutical marketers, the customer is distinctly different from the consumer, wherein their customers are the doctors whose patients are the consumers. Traditionally, in many Asian countries, the ‘customers'’ influence, uniquely armed by their medical knowledge, has completely overshadowed the defenceless consumer dominance in decisions pertaining to the patient’s health.

Consumers in most Asian countries continue to remain vulnerable to varying degrees, subject to the level of illiteracy, accessibility to information, local infrastructure and insurance support by government and employers etc. Thanks to the challenges faced by the global pharmaceutical industry, Asia is getting the maximum attention and utmost importance. But Asian consumers exhibit a striking diversity in the power of their arms to fight the doctor's influence. On a closer look, we can conveniently divide the Asian subcontinent into three tiers, with likes of Australia, New Zealand, Korea, Taiwan in top tier which are more westernized in approach and more developed on the fronts like education, information and infrastructure, while the lower tier has Philippines, Indonesia, Vietnam who score the lowest on these vulnerability criteria. India and China have recently broken loose from this lower tier, creating a middle tier of their own due to their quick alignment to the global standards and faster economic development. India and China are rated today as the most promising markets, thanks to the untapped potential existing here due to the large population and high mortality/ morbidity rates. The economic development and the acceptance of IPR in these countries make them attractive baits as they also offer a potential patient base with an increasing capacity to pay.

As the consumer today has become more demanding and better informed, could tomorrow's patient be any different? Armed with the awareness sword, the meek patient of yesterday is now questioning the doctor’s knowledge in the first place and has in fact, gone one step ahead and started adorning the doctor’s role in making the choice of the pill. So the pharmaceutical industry needs to revisit its ‘doctor-heavy’ marketing strategies, with a conspicuous absence of patient focus, to succeed in this continent. Further, the reimbursement scenario has also evolved in the Asian geographies with payer taking a more prominent role in choosing the right pill for patients. What has led to this difference? What is in this new consumer’s mind…? These are some of the questions we need to answer.

As I plow over the question again and again as to what has led to the change in the patient behaviour, I remember one of the statements put forth by Henry Commager, “Change does not necessarily assure progress, but progress implacably requires change. Education is essential to change, for education creates both new wants and the ability to satisfy them.” True to this adage, the mass of nouveau literate consumers growing at double-digit have increasingly become aware of themselves and their health, questioning the doctor’s dictate. The accessibility to information via the Internet, electronic and print media have enabled consumers to be more informed of the happenings across the world and keep themselves updated with the changing trends. The growth in the penetration of TV media estimated at more than 17% in India and the print media at 7%, further evidence the quick information spread. This could also be the reason for the growth in self–medication as well as the growing interest in the OTC markets.

Further, easy access to information and strong connectivity has boosted the knowledge levels of consumers. If we just observe the exponential growth in the penetration of the PCs from 0.7% in 1997 to 7.2% in 2003 (in India itself ), we can get an idea of the technological advancement further enhanced by the spread of internet. Today, with a click of button, the consumers have all the information pertaining to the intricacies of ailment, options of medicine available and avenues to get them. With this knowledge force behind them, they refuse to blindly follow their doctors and question them till they are completely convinced. Further, the infrastructural development in terms of hospitals, public healthcare centres, has made the access easier; physical distance no longer remains an obstacle for access to medicine and knowledge.

Economic development has also been one of the primary triggers for the change. In India, 80% of the times, patients pay from their own pocket for the drug expenditure. With the rising disposable income, patients are now ready to spend more on the medicines, but at the same time, since it is their own hard-earned money, they simply refuse to let go simply. They seek value for their investments, increasingly weighing the options available, scientifically judging the worth behind each option. Hence, they now want to demand their returns on the investments made, and differentiate between a commodity and a brand.

So the patient is fast catching up with the demanding consumer. If I have to give a final word on the Asian pharma consumer, I would say, be ready to meet the well-informed, techno-savvy, cost-conscious consumer and companies need to innovate much more to meet these needs. 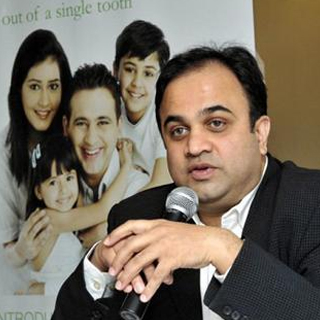