Immense Promise with Some Challenges

The global market for oncology drugs has seen a steady growth in recent years with cancer being the leading area of healthcare spending. Market estimates show that in 2013, the global spending on oncology drugs reached US$91 billion (including supportive care), growing at a CAGR of 5.4

per cent in the period from 2008-2013. This trend is expected to continue in to 2017 where oncology is expected to drive the global spend on medicines.

Analysis of global pharmaceutical pipeline indicates that close to 30 per cent of the overall pipeline is focused towards the development of anti-cancer drugs.

Targeted therapies dominate the oncology development pipeline with recent approvals of immunotherapies such as MabThera / Rituxan, Avastin, and Herceptin marking a trend towards increased use of targeted therapies. The ‘selectively acting’ therapies have increased their share of global oncology sales to 46 per cent from 11 per cent over the period 2003-2013. This has consequently lead to a decline in the share of spend towards cytotoxic and hormonal therapies.

Antibody Drug Conjugates (ADCs) provide additional arsenal to the pharmaceutical industry in its bid to develop targeted therapies for cancers. An ADC consists of amonoclonal antibody, a biodegradable linker and cytotoxic drug. The antibody binds to the target cancer cell. The whole ADC is then internalised within the cancer cell, the linker is degraded, and the active drug released. Due to the targeted mechanism of action, the side effects of potent drug are lower.

The concept of ADC is not new and can be traced back over a century when the German physician and scientist Paul Ehrlich proposed the concept of selectively delivering a cytotoxic drug to a tumor via a targeting agent. Ehrlich even coined the term ‘magic bullet’ to describe his vision. Nearly 50 years later, Ehrlich’s concept of targeted therapy was first exemplified when methotrexate (MTX) was linked to an antibody for targeting leukemia cell. The earlier versions of ADCs used murine polyclonal antibodies which were more immunogenic. However, advances in antibody engineering over time have enabled the production of humanised monoclonal antibodies that has significantly circumvented the issue of immunogenicity. The lessons learnt in the development of technology and clinical evaluation of ADCs ultimately led to the first US FDA approval of ADC, Mylotarg (gemtuzumab ozogamicin), in the year 2000.

Traditional cancer chemotherapy is often accompanied by systemic toxicity to the patient. Monoclonal antibodies against antigens on cancer cells offer an alternative tumour-selective treatment approach. However, most monoclonal antibodies are not sufficiently potent to be therapeutically active on their own. ADCs use antibodies to deliver a potent cytotoxic compound selectively to tumor cells, thus reducing exposure of normal tissue to cytotoxic drugs and improving the therapeutic index of chemotherapeutic agents.

Currently, there are two US FDA approved ADCs available - Adcetris (brentuximab vedotin) and Kadcyla (ado-trastuzumab emtansine). As per analyst estimates, the sales of Adcetris and Kadcyla are expected to reach US$1.3 billion and US$1.5 billion by 2020 respectively. The overall ADC market is currently estimated to be US$600 million and is expected to grow at a CAGR of 48.1 per cent in the period 2013 –2018 to reach US$2.8 billion.

The Promise of ADCs

Adcetris was granted approval for treatment of patients with Hodgkin Lymphoma (HL) and Anaplastic Large Cell Lymphoma (ALCL). It is commercially available for these indications in more than 40 countries with further market expansion planned. Adcetris is the first new FDA-approved treatment for HL since 1977 and the first one to be specifically indicated to treat ALCL. Clinical trial results show highly impressive response rates observed with Adcetris in patients with HL and ALCL (73 per cent and 86 per cent respectively).

Similarly, significant clinical benefit was observed with Kadcyla which is approved as a single agent indicated for the treatment of patients with HER2-positive (HER2+), metastatic breast cancer. Approval of Kadcyla was based on the phase III EMILIA trial which compared Kadcyla to lapatinib and capecitabine therapy. The trial showed a strong benefit in overall survival against the current best therapy showing an improvement in overall survival of nearly six months.

With the success of Kadcyla against solid tumours comes the real promise of ADCs in tackling the most aggressive and resistant tumours with the worst clinical outcomes. Current targets include cancers with high unmet need for treatment such as triple negative breast cancer, gastric tumours, small cell lung cancer, melanoma and pancreatic cancer. The technology behind ADCs is continuing to develop and mature at a rapid rate. ADC programs are increasingly progressing from the lab to the clinic with more ADC projects entering the clinic each year. An increasing amount of later phase clinical data on ADC is becoming available and the knowledge and confidence in the technology is growing. Excellent clinical data combined with a low overall failure rate is driving the ADC revolution.

Roche/Genentech is one of the most active companies in the ADC market. Banking on the success of Kadcyla and a strong pipeline of ADCs, the company plans to invest more than US$200 million for setting up ADC manufacturing plant in Basel, Switzerland.3There is now a huge interest in ADCs with other industry majors such as Sanofi, Bayer, GSK, Amgen, BMS, Abbvie, Eli Lily, Astellas, Takeda / Millennium and Novartis also running ADC programs.

The technology used in ADCs is relatively undeveloped and despite such wide involvement, the ADC technology space is dominated by a handful of players. This means there are a limited number of payloads available. The maytansine platform from Immunogen and the auristatin platform from Seattle Genetics both have the same mechanism of action which may not be suitable for all cancers. Groups are investigating other payloads, but to date few have managed to make a significant impact.

In clinical trials, ADC associated toxicities have also been observed due to early release of the payload. These side-effects point to the importance of linker chemistry in ensuring therapeutic safety of ADCs. There is an effort from the industry towards improving antibody technology, site specific conjugation and linking chemistries to tackle the common toxicities observed across drug platforms. It is likely that the next generation of ADCs will show fewer side effects than the current generation of late phase and approved projects.

The manufacturing of ADCs poses several challenges due to nature of the molecules. Some of these are identified as:

Piramal is one of the global leaders in providing customer-centric ADC manufacturing solutions. With world-class facilities in UK and US and backed by highly experienced team, it offers integrated services from development through clinical and commercial ADC GMP batch manufacturing and ADC fill/finish. The focus on quality and on time delivery has led to several recognitions, including recent ones such as the ‘World ADC Award’ in 2014 for conjugation services, and the ‘2015, CMO Leadership Award’ for quality, reliability and regulatory excellence.

ADCs provide a high level of promise, and hence there will be a conscious effort to expand the application(s) of this technology to disease indications beyond oncology. The lower overall failure rate for ADCs shows promise from a patient perspective, and the hope is that the next generation of this technology will lead to further improvements. In the near future, one can expect CMOs involved in the ADC space to expand, potentially consolidate, and focus on providing end-to-end solutions from development through fill/finish. 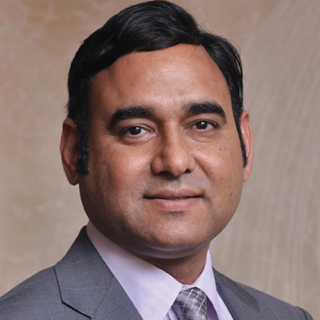 Vivek Sharma is Chief Executive Officer, Piramal Pharma Solutions. Prior to this, he was Managing Director at THL Partners, a Boston based PE firm where he was responsible for working with THL's Portfolio companies to identify value creation opportunities and partner with the company's leadership team for execution of growth/restructuring and cost optimization initiatives. Vivek has over 20 years of Global Management experience and is a Chartered Accountant from India, a qualified CPA and also has a Masters in International Business from Thunderbird.