Regulatory agencies in charge of protecting the population against health risks have a large burden divided, mainly, between two large areas. The first is a direct consequence of the mission, that is, to effectively protect the population against health risks across the diverse industrial sectors and activities which might generate risks. This implies that the State must guarantee the safety of all the products used and consumed by the population. The second is an indirect consequence of the constant intervention of the regulatory agency in day to day trading activities of the economy as a whole. When this intervention by the regulatory agency distorts trade by generating additional transaction costs to economic agents, the normal flow of the market is disrupted and, hence, the growth rate of the economy is reduced.

In protecting against health risks, the pharmaceutical industry is a central concern for regulatory agencies across the globe for several reasons: it is one of the most fragmented industries in the world, and there is a considerable regulatory burden attached to the marketing authorization of a pharmaceutical product, and given the nature of the products any miscalculation can have dire consequences for the population. Specifically, the production process of any single medicine now takes place in multiple countriesto usufruct the country´s comparative advantage. However, from the regulatory perspective this new production scheme geared towards cost minimisation will create new challenges for regulatory authorities. In order to succeed in the mission the regulatory paradigm has to be updated.

In the past, when the supply chain was entirely located domestically it was relatively simple for regulators to establish traceability processes linking the diverse production units involved in the manufacturing activities. Nowadays, the production setup of firms requires constant and up-to-date communication between regulatory agencies as a consequence of the granularity in the necessary activities to place a finished pharmaceutical product at the point of sale ready for consumption.

In this context, reliance among regulatory agencies has become fundamental to reduce health risks for any country´s population. While the concept of reliance is not new, it is, however, controversial because it implies modifications to the regulatory framework, which sometimes is not easy to change, and to the internal operating procedures of regulatory agencies. The challenge is now about how to reach that equilibrium level of reliance which creates efficiencies for firms to increase market access without jeopardising the regulatory agency´s capacity to act swiftly when faced with situations that generate health risks for the population. The balance has to be achieved in such a manner that the internal operating procedures are strengthened while, simultaneously, flexibility is enhanced and trade is not hampered.

The concept of reliance has several degrees spanning simple communication among regulatory agencies at one end of the spectrum to complete mutual recognition of each other’s processes on the other. Unfortunately, there is not a one size fits all recipe to achieve the right balance and coordination needed for an appropriate and comfortable level of regulation with reliance. The longer it takes the regulatory agency to reach this desired state at the frontier; there will be opportunity costs that are to be realised not only for producers, but also for consumers. At the end of the day, those flexibilities that are not implemented may manifest themselves in diverse constraints, thus affecting the price of a product.

As regulatory agencies move towards risk-based models and regulators have more information about the multiple stages in the production chain they are able to discriminate among the diverse manufacturing activities which represent higher risk. This way they are better equipped to evaluate new manufacturing processes focusing on the identification of those links which possibly could generate a health risk. In this sense, alternative production activities which might be a source of cost savings are properly contextualised and the allocation of resources corresponds to the to the risk level presented by any activity.

Mexico´s experience could be an important case study on regulatory reform and administrative modernisation which has generated considerable benefits to all who could be classified as users of the regulatory agency. Starting from a serious problem of administrative impasse during 2009-2010 a bold modernisation plan was implemented with the objective of creating a world class regulatory agency operating under the best international regulatory practices. During the process of updating, the agency has been adjusting to new regulatory and production environments which required creative thinking and quick implementation of action plans. These strategies are geared towards achieving economic efficiencies swiftly without losing sight that protecting the population against health risks is the primal concern.

COFEPRIS regulates approximately 10 per cent of Mexico´s Gross Domestic Product, 12 per cent of the whole economy´s foreign trade, and 44 cents out of every peso that is spent by consumers in Mexico. Therefore, for a single agency COFEPRIS, the impact on economy is considerable. If we look at specific sectors that fall under the regulatory scope of COFEPRIS we find food and drug, medical devices, cosmetics, pesticides and agrochemicals, alcoholic beverages, tobacco, an interaction with the environment and climate change, and a number of other types of emergencies which might generate human health risks. Given the large set of regulatory activities and the evidence insufficient set of resources, regulatory reform was imminent and desirable to make the operation efficient and increase risk protection coverage.

The modernisation plan consisted of four pillars which interacted with each other. The first two pillars were highly correlated as they consisted of having a solid regulatory agency operating with a robust process to grant marketing authorisations to products that are safe, efficacious, and of high quality. The third and four pillars were also highly correlated among themselves and they consisted of eliminating barriers to market entry and elevating the regulatory standards to adopt best international regulatory practices and harmonisation to eliminate unnecessary transactional costs for both Mexican product imports and exports.. It is clear that a health regulator´s first responsibility is not to drive the economy and sometimes it is portrayed as a necessary cost.

On the other hand, it is also true that due to the cross-sector influence it is desirable that regulators align industry´s incentives to reduce frictions to economic activity without foregoing the protection against risks. The outcome of doing this can only lead to transparency, legal certainty, and objectivity in day to day operations and will boost economic activity. Therefore, such alignment allows the regulator to transform itself from a necessary cost to a valuable asset. That is, if harmonisation with best international practices can remove transaction costs without lowering protection against risks, a consequence of price reductions, then multiple objectives are accomplished simultaneously: 1) an increase in access to safe and efficacious products; 2) benefits to firms; and 3) savings to the consumer.

Mexico has accomplished the aforementioned benefits by relying on international best practices which have been scrutinised to avoid gaps. Moreover, they are constantly updated to account for innovation in manufacturing process. In 2012, Mexico unilaterally decided to implement accelerated pathways for innovative products, new molecules, which have received marketing authorisation by reference regulatory agencies. This accelerated pathway allows the Mexican consumer to be the beneficiary of the newest and best products which are now able to cure diseases that, in the past, were treated with products that were only able to provide temporary relief. Recall, that economic research has found that the introduction of new medicines increases annual income by 0.75 to 1 per cent yearly; they increase life expectancy, and increase the quality of life of the individual.

Another good example of how reliance may be able to produce extraordinary benefits is reliance on the Certificates for Good Manufacturing Practices issued by other health regulators. For industry, perhaps the most onerous process is obtaining a Certificate of Good Manufacturing Practices because depending on the scale of operations, the inspection may last from two weeks to over one month of going over procedures both administrative and at the field level. There is a considerable economic cost attached to all these activities. However, these inspections are a necessary part of the marketing approval process. Moreover, as the number of pharmaceutical firms has increased and the locations of their plants are different, it is imperative that these inspections be performed with the highest standards to guarantee the quality and safety of the products.

Mexico has been able to capitalise on opportunities related to Good Manufacturing Practices Certificates. For instance, COFEPRIS has created information exchange mechanisms with certain health regulators to share and analyse the inspection dossier in order to determine whether another inspection by the domestic regulator is required. That is, based on the evidence that has already been generated and the improvements already performed in the facility, the health regulator can determine whether it is appropriate to issue documentation to the credit of that plant with a Certificate of Good Manufacturing Practices through reliance.

Other forms of reliance have to do with participation in international fora related to inspections such as World Health Organization (WHO) seminars on Quality Risk Management and the Pharmaceutical Inspection Cooperation Scheme (PICs). Mexico has been part ofthe accession process to this international cooperation scheme to update and raise the standards ofits regulation on pharmaceutical inspections, to engage in field training, and to exchange information about alerts and recalls. It is expected that once Mexico accedes, transaction costs to obtain Good Manufacturing Certificates may be reduced considerably.

The third example on reliance is exemplified by outreach activities performed by COFEPRIS. With the aid of Panamerican Health Organisation, Mexico has engaged in training activities through instruments that have allowed countries which do not have the same regulatory standards to implement rapid access pathways for generics which have been already approved by Mexico. There is then a multiplier effect, as COFEPRIS is able to authorise innovative products which later on can be quickly authorised and found in countries located in Central and South America that do not have the same regulatory strength as COFEPRIS. This has a double objective; in the short run the supply of products increases immediately lowering domestic prices and in the long run, through training activities, the domestic regulator can strengthen its regulatory capacity and focus on necessary activities and rely on other regulators for activities which are not a priority as they build technical capacity.

These examples have put forth the benefits that reliance and increased knowledge of the production process may bring to a health regulator and the economy. Achieving the ¨right interaction¨ between the activities of the regulatory agency and the activities of the economic agents to maximise efficiency should be a priority. Going from a necessary cost to a valuable asset, especially when the interaction of the health regulator with the economic flow is large, can certainly unlock efficiency benefits which can be exploited not only by firms, but more importantly by the consumer. The guiding principle in the regulatory reform plan implemented in COFEPRIS has always been to benefit the consumer by increasing access, while additionally generating opportunity areas to firms.

Fortunately, this plan has shown high payoffs both to consumers as retail prices have fallen on an average by 60 per cent for certain products, the growth rate of the industry has reached two digits, during the period 2011-2014 it has grown by 13.2 per cent, and exports have increased by 30 per cent during the same period. There are seven countries which rely, at varying degrees, on the marketing authorisations issued by Mexico thus expect this double digit growth rate for the industry and for exports to continue.

Disclaimer: The opinions stated in this article are the sole responsibility of the author and not of the COFEPRIS, the Mexican Ministry of Health, or the Mexican Federal Government. 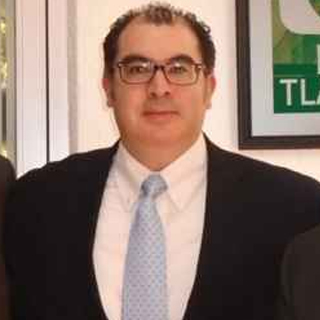 Ricardo H Cavazos Cepeda is the Chief of Staff at the Federal Commission for the Protection against Sanitary Risks (COFEPRIS) since July of 2014. Before being Chief of Staff he was Director General of International Affairs from July 2011 to June 2014 in the same institution.