This article discusses why HSWG is important and the difficulties it poses for scale-up and monitoring in the pharmaceutical industry. It also introduces the fundamentals of a drag force flow technique and how that can potentially address the limitations associated with other HSWG process monitoring methods by providing high frequency and high resolution in-line granule property data.

In drug development and manufacture, granules are typically not the end product, but rather an intermediate, though important, step in the production process. This can make it difficult to identify the Critical Process Parameters (CPPs) that influence Critical Quality Attributes (CQAs) of the finished product, and challenging to implement a Quality by Design (QbD) approach that may rely on gathering data at all relevant points within the process.

At-line techniques, such as dynamic powder testing, can be successfully employed to optimise a HSWG process, but this article explores the application of a continuous, in-line analytical tool to monitor the granulated mass in realtime. It considers the importance of HSWG, introduces the concept of Drag Force Flow (DFF) measurement, and examines its potential for monitoring a HSWG process, presenting a case study which evaluates in-line data alongside dynamic powder tests that have previously proved to be valuable in optimising HSWG operations.1

Understanding the importance of HSWG

HSWG energetically combines liquid, usually water, with a blend of active ingredients and excipients to form homogeneous granules, ideally with properties suited to further downstream processing. For example, in tableting, where the objective would be uniform granules with suitable compression profiles that enable high throughput as well as the production of tablets with desired CQAs. Parameters that impact granule properties include:

• Amount of water added
• Rate at which water is added
• Impeller and/or chopper speed
• Granulation time.

Altering one or more of these variables changes the properties of the granulate produced, and understanding the impact of each of the variables often involves time-consuming empirical studies. Characterising dynamic flow properties of the wet mass/granules extracted from the process has been shown to produce valuable data that correlate with the CQAs of a finished tablet1.

However, in-line, real-time solutions deliver significant benefit as monitoring is continuous and the process does not need to be interrupted to extract samples.

A Drag Force Flow (DFF) sensor is a thin hollow cylindrical needle approximately 1-4 mm diameter, which can be mounted inside processing equipment, such as a mixer, granulator or feeder, to provide real-time local measurement of the forces associated with the flow of material within the process. As powders or granules flow against the needle it is deflected, and the magnitude of this deflection is captured via two optical strain gauges fixed to the inside walls of the needle. The gauges are composed of Fiber Bragg Gratings (FBGs) whose relative spectra shift in proportion to the amount they are compressed or stretched, with the signal transmitted by optical fibres to an interrogator to assesses the response. DFF measurements are directly influenced by fundamental parameters of the material, such as density and shear viscosity, and can therefore be used to track the progression of granulation where these attributes are known to change. DFF signals are reported as a Forced Pulse Magnitude (FPM), a differential measurement which is therefore not subject to baseline drift, and is complemented by a temperature measurement.

Sensor sensitivity is defined by the length, diameter and material of the needle, with tip deflection as low as one micrometer being detectable. The sensors employ no moving parts, have no material traps and are relatively insensitive to material build-up on the sensor surface. The small diameter of the sensor offers minimal intrusion to the flow of material and high frequency measurement rates of up to 500 samples per second are achievable. Figure 1 shows an example of a probe installed in a batch HSWG system.

The following case study illustrates how this technology can be applied to monitor a HSWG process.

Testing was carried out on two kilogram batches of three placebo pharmaceutical formulations produced with different levels of hydroxypropyl cellulose (1 per cent , 3 per cent and 5 per cent w/w HPC). Each batch was granulated with 800g of water in a 10 L high shear wet granulator (Pharma-Connect®, GEA). In-line data was gathered using a DFF sensor mounted in the granulator lid, positioned 8.2 cm off the blade rotation axis and 2.5 cm above the granulator blade (Figure 1).

Each granulation run consisted of 3 minutes of dry mixing, followed byup to 3 minutes of water addition and up to 5 min of wet massing. The impeller tip speed and chopper speed were maintained at 4.8 m/s and 1,000 rpm respectively for all the batches, and from dry mixing through to the end of the wet massing phase for each individual batch. These conditions were set with reference to previous optimisation studies2.

In-line DFF measurements were gathered during each of the runs and at the end of each run, three representative samples of the wet mass were extracted for immediate evaluation with the FT4 Powder Rheometer. Figure 2 shows the FPM profile for the dry powder blend (profile A) and for granulation runs of 1, 2, 3, 4, 6 and 8 minutes following the start of water addition (profiles B-G).

In-line DFF data showed excellent repeatability, with the derived FPM readings reflecting the change in consistency of the granulating mass during the process (figure 2).

The FPM profiles shown in figure 2 are generated using a rolling average over 300 blade sweeps to smooth the raw data; each 300 blade sweeps corresponded to a 20 s interval. The FPM profiles for each batch demonstrate high reproducibility and the three formulations produced similar profiles. The initial work (shear) to mix the dry powders did not result in significant changes in FPM, however, as water is added, FPM rises rapidly as larger, denser, less compressible and more adhesive granules are generated. A peak FPM is observed shortly after the end of water addition, after which FPM declines as the continued mixing generates smaller granules. It was also observed that FPM increases with respect to HPC percentage, suggesting that higher binder concentration results in stronger, denser and larger granules.

The BFE profiles clearly support the FPM data. Again, a rising profile is seen during water addition with a subsequent decay as the addition of water ends. Also, as the quantity of the HPC binder increases, BFE values increase. Data from the highest concentration of HPC binder (5 per cent) in particular showed close similarities.

The sensitivity of DFF measurement is illustrated by the magnitude of the increase in signal associated with water addition compared to the corresponding increase in BFE, particularly for the lower HPC concentrations. For the formulations with the two lower concentrations of HPC, BFE values appear to peak during water addition, whereas the BFE values for the highest concentration of HPC, and all three FPM profiles, peak shortly after water addition is complete. However, the data demonstrate how both techniques are able to track granule development in a HSWG process.

The value of at-line dynamic powder characterisation and in-line DFF measurements for monitoring and controlling the HSWG process is clearly demonstrated by the case study presented.

The data build on previous studies that have shown how at-line powder rheology techniques can provide valuable information for optimising HSWG processes. Granulate quality is a function of several parameters, including size, shape, surface texture, density and porosity rather than a single physical property of the granules. Techniques that focus on properties of the granulate as a bulk, and in particular how they alter with respect to water content, formulation changes or other variables within a process, have considerable potential.

In-line DFF measurements correlate with at-line dynamic properties and demonstrate that variations in granule quality can be monitored in real-time in order to ensure that granules suitable for downstream processing are produced.

For HSWG, which is a critical operation across many manufacturing sectors, including the pharmaceutical industry, but recognised as notoriously difficult to control and scale-up, the robust, real-time, continuous measurement capability offered by drag force flow sensors for routine monitoring delivers significant benefits. 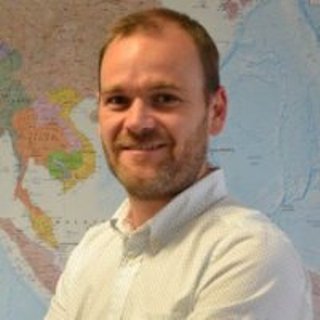 Jamie Clayton is Operations Director at powder characterisation company Freeman Technology, and is based at the company’s headquarters in Tewkesbury, UK. He graduated from University of Sheffield with a degree in Control Engineering and is responsible for all daily activities of the company, including overall management of the administration, production, R&D, sales and customer support teams. Jamie also works with the company’s clients to provide application based support.