Changing the Game in Drug Development

As Sir Winston Churchill one famously stated: “Those who fail to learn from history are doomed to repeat it.”

That statement certainly holds true for the drug development industry. Researchers who cannot learn from a new drug candidate’s complete history—both good and bad—will not make the best, most informed decisions about its future.

Knowledge-sharing, both within the sponsor biopharmaceutical company and across the industry, is of paramount importance. Data siloes actively contribute to poor outcomes by ensuring that all the historic data and resulting wisdom cannot be factored into critical dose selection and go/no-go decisions for new drug candidates. Those decisions should be based on all of the sponsor’s pre-clinical and clinical data combined with published data about similar compounds and indications being studied by other companies.

One of the many strengths of computational Modelling and Simulation (M&S) is that it enables knowledge and wisdom gained from pre-clinical and clinical successes and failures to be transferred between phases in the drug development process. As new data are collected, they are used to further refine the models being developed.

During drug discovery, M&S is used to identify the best molecule designs, those that can deliver the highest efficacy with the least toxicity. In the pre-clinical phase, it is employed to determine the optimal drug dose that will achieve the best therapeutic window. During clinical development, M&S is used to identify potential drug-drug and drug-food interactions, and to model different clinical trial designs in order to optimise trial outcomes.

Most recently, it has been used to increase the precision with which individual patients are treated. In these precision dosing cases, the patients’ genomic data, physiological profile, and certain biomarkers are incorporated into the mathematical model to ensure that they get the best possible treatment. While the clinical focus for precision dosing is currently on complex patient cases—for example, those who have had bariatric surgery, or a cell transplant, or have cancer or an HIV infection—its application is expected to become more widespread over the next few years. Ultimately, it will become a routine part of patient care.

Why do drugs fail?

New drug candidates generally fail for one of five reasons. Researchers picked the wrong target, wrong patients, wrong drug dose, wrong clinical trial design (e.g. they might not have measured the response at the right time) or the wrong endpoint (e.g. they may be blocking an enzyme that has nothing to do with the pathophysiology of the indication).

These issues are more prevalent than one might imagine. Approximately 90 per cent of drugs/biologics that are tested in humans are never submitted to the US Food and Drug Administration (FDA) for approval.1 Phase 2 trials have the lowest success rate, with only 30.7 per cent of candidates advancing to phase 3.2

Furthermore, progress to phase 3 does not always herald ultimate success. The FDA published a report in January 2017 in which it reviewed 22 drug, vaccine or medical device case studies in which promising phase 2 clinical trial results were not confirmed in phase 3 clinical testing.1 In those examples, the experimental product failed due to lack of effectiveness in 14 cases, safety in 1 case, and both safety and effectiveness in seven cases. Even worse, in two instances the product actually exacerbated the problem it was intended to solve.

Also, safety issues do not always end after a drug is approved. Out of 222 novel therapeutics approved by the FDA between 2001 and 2010, 32 per cent were affected by post market safety events, resulting in three withdrawals, 61 boxed warnings, and 59 safety communications.3 Part of the issue is that post approval, the drug is taken by patient subpopulations that were never studied clinically. M&S can help there as well.

Quantitative Systems Pharmacology (QSP), which combines computational modelling of a biological system and experimental methods, can help to reduce those drug failures, especially the phase 2 attrition.

QSP examines the mechanistic relationships between a drug, the biological system, and the disease process. It explores how the drug dose and the pharmacological response it generates relate to the disease and its progression. It combines quantitative drug data with knowledge of the drug’s mechanism of action.

In the past, medical researchers thought that a single target—a receptor, channel, protein or enzyme—was responsible for causing a particular disease. However, that was found to be true in only a few cases. The remaining diseases are the result of a complex interaction of environmental and genetic factors. Fortunately, QSP focuses on the behaviour of complete biological systems and not just the behaviour of individual components.

“QSP helps to draw a map of biological networks and identify hot spots that need to be hit simultaneously to generate the desired effect. It provides vital intelligence for the drug discovery process by showing researchers what combined effects a successful drug candidate needs to have,” said Certara Vice President of QSP Professor Piet van der Graaf, PharmD, PhD.

“QSP can also assist in identifying the best dose and combination of drugs for an individual based on their own phenotypic traits,” added Professor van der Graaf.

Therefore, QSP is an asset when evaluating complex, heterogeneous diseases that require multiple therapies, such as cancer.

FDA has also adopted QSP. It published on its website about using a QSP model which connected bone turnover markers with bone mineral density. Using this QSP model led the FDA to propose a different dosing regimen for a biologic from what the sponsor had proposed.4

M&S allows clinical trials to be conducted virtually that could not be performed for practical, legal or ethical reasons in the real world. For example, clinical trials are rarely conducted in vulnerable patient populations such as pregnant women, paediatric patients or those with impaired liver/kidney function. It can also be difficult to study patients with comorbidities in clinical trials due to polypharmacy. Other issues include small and dispersed patient populations, which often occur with orphan or ultra-orphan diseases.

Whole body simulation can be used to predict the pharmacokinetics (PK) and pharmacodynamics (PD) of small molecule and biological medicines using laboratory-derived data. PK examines how the human body absorbs, distributes, metabolises, and excretes a drug. In contrast, PD describes what the drug does to the body. By using unique genetic, physiological and epidemiological databases, virtual populations can be simulated with different demographics and ethnicities.

In addition, M&S has replaced the need for certain clinical trials—such as using in vitro in vivo equivalence models to attain a waiver for bioequivalence studies—saving both time and money. It has also been used to optimise the design of clinical trials, making them much less complicated and more predictable and reliable.

M&S has also been employed to inform drug label claims, resulting in the inclusion of new information about potential DDIs, dosing regimens, or specific patient populations.

To maximise the use of M&S, sponsors are starting to develop parallel virtual and real-world drug development paths. At each step, the virtual experiment is conducted first and the knowledge gained is used to inform the live study. Once that live study is complete, it provides additional information that is fed into the next virtual one, and so on. Drug development has evolved from a linear path into a spiral, a series of conjoined circles.

This iterative process provides a highly-informative positive feedback loop and ensures that the most complete data set is used at each step. After all, dosing a virtual patient will always be less risky than dosing a real one.

M&S is now encouraged by global regulators, who have been quoted referring to M&S as ‘a regulatory necessity.’

The FDA employs M&S extensively; it has been used to inform more than 100 drug labels in the past few years for indications as diverse as cancer, schizophrenia, deep vein thrombosis, and Gaucher disease.

M&S is also being used by the European Medicines Authority and the China Food and Drug Administration for evaluating new drug submissions.

The Japanese Pharmaceuticals and Medical Devices Agency (PMDA) is actively encouraging its biopharmaceutical industry to use pharmacometric approaches to achieve more efficient drug development. The agency has held two important meetings on the subject recently—the PMDA-Keio Joint Symposium on Pharmacometrics in 2015 and the Pharmacometrics Symposium earlier in 2017.

This agency support is important because there are currently fewer government grants for pharmacometrics research in Japan than for preclinical research into drug transport, absorption or metabolism. There are also very few teaching positions in that field. As a result, there is a paucity of pharmacometricians in Japan and few experts with the requisite experience to teach Japanese students about M&S, a field that is growing rapidly in importance worldwide.

To meet this need, Professor Yusuke Tanigawara PhD, professor of Clinical Pharmacokinetics and Pharmacodynamics at Keio University School of Medicine, has developed an open course to teach students, industrial researchers and regulators about pharmacometrics. Professor Tanigawara is considered to be Japan’s leader in PK/PD and Keio University is the country’s oldest institute of higher education.

The most successful implementation of pharmacometrics and PKPD concepts in Japan to date has been in infectious diseases, helping to support the development of new antibiotics to combat the increasing incidence of antibiotic-resistant bacterial infections. It is also being applied in oncology to develop new targeting agents and support optimal treatment of patients.

Japan’s antibiotic M&S strategy proved successful because it combined in vitro knowledge of the minimum inhibitory concentration of the antibiotic required to kill the bacteria with clinical data. The researchers also had a good in-vitro system for measuring the threshold concentration that would kill the bacteria. A similar approach could also be applied with antifungal or antiviral agents.

PMDA has now implemented a prescription drug monitoring program to track the use of antibiotics in clinical practice.

Traditionally, oncology researchers in Japan focused on determining the maximum tolerated dose for chemotherapeutic agents. But now, the new drugs target the cellular signaling pathways that have become dysregulated in cancer cells. So, their goal is to determine the effective dose rather than a toxic one. They find the drug target and then determine whether they’ve been able to modulate it sufficiently by measuring biomarkers to identify the drug concentration required for efficacy. Then using the PK information, they can calculate the optimal dose required for a patient to reach the effective concentration.

There is also interest in precision dosing based on therapeutic drug monitoring (TDM) but it is currently confined to specific patient cohorts such as those taking antibiotics or immuno-suppressant drugs after an organ transplant. On the other hand, pharmacogenomics-based precision dosing is not being used for individual patients yet due to the limited information available about the influence of genetic variability on drug efficacy and toxicity. For example, only one pharmacogenetic test is currently being used for patient care in Japan – the UGT1A1 test for irinotecan toxicity.

It will take several years before pharmacogenetic tests are implemented routinely in general patient care in Japan. This delay is due in part to the absence of in-depth pharmacogenomics training; it is not included in the standard curricula at Japanese medical schools or pharmacy schools. There are also some privacy and ethics concerns about the use of personal genetic data that would need to be overcome before patients can experience the full benefit of precision dosing.

M&S can improve a broad range of activities throughout the drug discovery and development continuum. It has the potential to save researchers time and money by enabling them to make better decisions regarding new drug candidates, improving clinical trial design, and removing the need for certain studies. It also has the power to improve patient care by tailoring drug doses to meet the needs of individual patients. 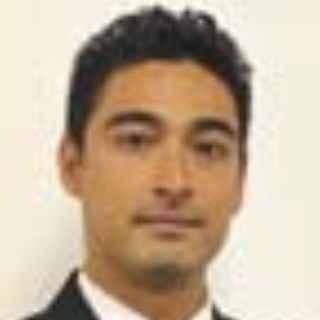