In theory, there exist almost infinite number of potential vaccine platforms. In addition, for each such platform, there are many different possible engineering that could lead to different vaccine properties. So, how these be compared? The answer in part lies in standardisation of the process.

Edward Jenner’s work in developing the world’s first smallpox vaccine in the 1790s demonstrated that it was possible to protect the general population from major threats to public health, and vaccine development aimed at combating the major concerns of the day has continued ever since. There have been many successes, and vaccines are now available to immunise people against a wide range of diseases, including measles, polyomyelitis, smallpox and tetanus. However, the pace of vaccine development over time has been extremely uneven a situation that, given the severity of the health threats currently facing the world, demands to be addressed. The resulting need for a more systematic method of vaccine development has led directly to the development of the CompuVac (Rational Design and Standardised Evaluation of Novel Genetic Vaccines) project.

Our initiative which brings together 19 mainly European institutions in the search for a more effective approach to the issue is pursuing an ambitious set of objectives very much in line with the pressing nature of the problem. Indeed, this project aims to develop methodologies and tools to improve vaccine development, notably through standardisation of vaccine evaluation.

What the process comprised
(i) a large panel of vaccine vectors representing various vector platforms and all expressing the same model antigens; (ii) standardised methodologies for the evaluation of T- and B-cell responses and of molecular signatures relevant to safety and efficacy; (iii) a database for data storage and analysis of large data sets; (iv) intelligent algorithms for the rational development of prime boost vaccination.

As things stand researchers who want to develop a vaccine platform—or to improve their existing vaccine—usually take their own vector and introduce their own antigen of choice into it. Typically researchers then test it with their own methodologies. While the initial response to this kind of work may well be extremely enthusiastic, the long-term picture is rather more complex. In particular, the absence of standardised procedures mitigates against the accurate, effective evaluation of vaccines. The problem is that people rarely, if ever, compare what they are obtaining with the results of others obtained with different types of vectors. This means the direct comparison of vaccines’ potential is extremely difficult. In order to allow for the comparison of results you have to first establish methods that will provide significant grounds for it.

There are so many potential vectors out there. Nowadays, people are realising that they can use virtually any type of virus or even bacteria to establish a platform for the expression of heterologous antigens and turn this into a vaccine. They can likewise use the ability of our body to respond to a certain virus or bacteria to make it respond to something else. So there is, in theory, an almost infinite number of potential vaccine platforms. In addition, for each such platform, you have many different possible engineering that could lead to different vaccine properties. So, how are you going to compare these? The answer in part lies in standardisation of the process.

Developing a standardised means of comparison is clearly no easy task, and a number of significant questions remain unanswered. However, it is a task that CompuVac’s advanced technical expertise undoubtedly makes the project well-suited to. Two so-called model antigens that are very well-known have been selected; these are antigens for which there are extremely good, well-known methodologies for immune response evaluation. We have put great efforts into standardising methods for evaluating immune responses against these antigens. There is no magic wand here—it’s just standardisation. The challenge is to get the people developing vaccines to agree to use these methods and then to compare their vectors with those of others.

One of our main goals is to make publicly available this whole system and a database of results obtained with it. People will be able to test their vaccine design with the gold standard antigens and standardised methodologies, go into the database and compare their results to those already there. Establishing this kind of database has proved to be a complex undertaking. Quite apart from the technical complexity involved, the fact that information technology and immunology are two very contrasting disciplines has added another layer of difficulty. It was very challenging for us to bring computer scientists together with immunologists, because these really are two very different worlds.

Computer scientists are often not very well-informed about immunology, and many immunologists don’t know much about databases and all the specific things surrounding that. The real challenge was to get these people to work together and really understand each other. We did this by also recruiting some scientists with training in both aspects ­—biomathematics and immunology—who acted as ‘translators’ so as to help us discuss the relevant issues. If there has been a breakthrough then this is it—it brings together people from two different worlds and makes them work together to generate a meaningful database. By our commitment to making their results publicly available, the CompuVac project has added another dimension to this initiative. Indeed, their data provides an extremely solid foundation for further research, and as such the project’s work has already attracted the attention of a number of other interested parties.

The first three years of the project were really devoted to building our own vaccines, testing them and developing the database. All this preliminary work has been done and it’s provided us with proof of concept and really showed us that we can generate a meaningful comparison. We’re just starting to publicise our efforts and have already met with some success. For example, we have had contact with academic researchers, non-profit organisation as well as biotech companies. They are extremely interested in using our methodologies to advance the development of their products. This kind of response gives some idea of the potential of the CompuVac project. While such interest is of course welcome, it will not distract him from the day-to-day concerns of pursuing the project’s primary objectives. The next goal for the coming year is to present our results. A couple of meetings have already been planned to present and promote CompuVac, and we will try to get the vaccine community to accept this standard and then encourage them to contribute to its further development. We need to find sponsors for the sustainability of the project. They will agree to maintain the database available on the web for free access by researchers. Sponsors could comprise a charity, a company, or an academic institution.

A unique set of vaccines of different classes has now been assembled and compared, from viral vector derived vaccines to inert VLPs. The validated database and the tool box will be made freely available to the scientific community at the end of the project in June 2009.

A conference in Paris will be held on the June 29th of 2009, with international experts in vaccine development. This will be the occasion to present the results of such an evaluation and how it was translated into the development of an HCV vaccine, but also to donate the database and tools to our sponsor(s), and to organise the final communication which should help the CompuVac approach to become an accepted standard in vaccine development. 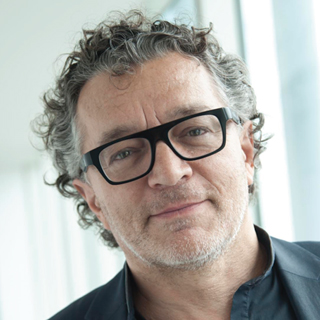 David Klatzmann is a professor of Immunology at the Pierre & Marie Curie medical school. He is the Director of the Immunology-Immunopathology-Immunotherapy Lab and the head of the Biotherapy department at the Pitié-salpêtrière hospital and medical school. His main activities have been to develop translational research in Immunology, he built-up a global organisation – research unit and hospital department – which is one of the rare structure capable of developing biotherapies from bench to bedside.