Gene family members of the ion channel and solute transporter (SLC) families represent both historical targets of pharmaceutical significance and serve as exciting opportunities for current and future therapeutic development. The common property of ion movement for many of the SLCs lends itself to considering platforms used in ion channel research to enable early drug discovery. In addition, the convergence of advances in both genetic analysis and assay technology bodes well for the identification of the next generation of ion channel and transporter-based drugs in the near future.

Ion channels have been excellent drug discovery targets for decades with clinically meaningful drugs identified targeting sodium channels, including (e.g. lamotrigine), calcium channels (e.g. amlopdipine), GABA receptors (e.g. diazepam) and ATP-gated potassium channels (e.g. glipizide) and several others.  However, new ion channel modulators have not been emerging at a rapid pace in the recent years, and some question whether targeting the ion channel gene family has seen its best days.   However, to paraphrase Mark Twain, the reports of the death of ion channel drug discovery are greatly exaggerated.   In fact we appear to be on the precipice of a new generation of ion channel modulators where common and/or rare genetic variation can be leveraged to both design selective modulators and to select the most responsive patient populations, moving us closer to a period where precision medicine becomes the norm.

Conceptually, designing variant-specific drugs are not new, with one of the best examples in the ion channel space being the corrector and potentiator drugs modulating Cystic Fibrosis Transmembrane Regulator (CFTR).   The design paradigm was directed to attack the root of the problem and correct the specific defect causing the disease.  Molecules have been identified that either rescue a CFTR trafficking variant, ?F508, which is not expressed on the plasma membrane in disease or potentiate the effect of the CFTR proteins that are present on the plasma membrane.   The overall effect is to increase CFTR function and normalise fluid movement in the lung. In a variation on the same theme, we now see companies asking which patients will be most responsive to selective therapies.   One recent example illustrating this trend is found with the calcium channel gene family.   In 2013, the Psychiatric Genomics Consortium published the results of an extensive human genetics study leading to identification of 108 loci strongly associated with schizophrenia (Ripke et al 2013).  Among these loci, there were several calcium channels including the dihydropyridine-sensitive channel, CACNA1C.   In drug discovery, the identification of a set of genetic loci at the start of the process is akin to tossing all the pieces of a jigsaw puzzle on the table to start assembling the final product.  Getting to the final product involves understanding how the genetic association translates to action and how the mechanism translates to disease (see Schubert et al 2014).  An elegant step in this process is illustrated in the work of Yoshimizu et al.(2015) which generated iPSC-derived human neurons with wild type (wt), heterozygous and homozygous genotypes encoding wt CACNA1C or SNP rs1006737.  The results indicated that the risk variant is associated with increased CACNA1C current density as well as mRNA expression. This suggests that a therapeutic approach to down-regulate or inhibit these channels might be viable if one can design molecules with appropriate state-dependent and tissue distribution properties.

Similar examples exist in other therapeutic areas and diseases covering rare and/or common variants.  Some examples include epilepsy (Epi4K 2013), pain (Waxman et al 2014), Atrial Fibrillation (Jabbari et al 2015) and perhaps oncology (Huang et al 2015).   The genetic guidance of both target selection coupled with molecule design and/or patient stratification where the genotype biases towards a more drug response population should lead to new and exciting clinical development programs and better ion channel drugs in the near future.

In addition, the ion channel gene family and the solute carrier gene family are similar in some respects to the ion channel family in which both families encode membrane proteins and functional activity often involves ion movement.   In these cases the ion movement serves to be the energy source rather than having a direct effect on cell physiology.   Certain SLC gene subfamilies have historically provided excellent drug discovery targets exemplified by the SLC12 family with diuretics and the SL6 family with monoamine reuptake inhibitors.  More recently second line therapies for type 2 diabetes (T2DM) have been successfully developed and approved targeting SGLT2 in the SLC5 family as well.   Despite these successes, however, the gene super family remains largely untapped with respect to drug candidates, in part owing to the diversity amongst the family which results in a lack of common assay platforms.   In contrast, there is a wealth of emerging genetic data suggesting that SLC modulators could provide a large number of new drug discovery targets.   Approximately 20 per cent of the reported mutations in SLC transporters have been associated with disease, and ~80 SLC transporters have been linked to monogenic disorders (Lin et al 2015).   This association with monogenic disease is often a strong foundation from which to mount drug discovery programmes targeting rare diseases, but also more common disorders where the rare disease data inform the biology and provides confidence in target validation.  In addition, GWAS studies are generating exciting potential opportunities studying common variants as exemplified by the recent loss-of-function associations with SCL30A8 reported in type 2 diabetes. These data indicate that haploinsufficiency (i.e. only one functional copy of the gene is present) in man is protective against type 2 diabetes in patient populations who is otherwise at high risk to develop the disease (Flannick et al 2014).   Based in part on these data, many pharmaceutical companies are already exploring programs to identify inhibitors of Zn transporters to support next generation development of T2DM therapeutics.

The similarities between ion channel and SLC drug discovery perhaps diverge at this point, however. The technology platforms to pursue ion channel drug discovery have advanced significantly and assuming a high level of expertise in applying these technologies; common platforms exist which can be used to mount a modern ion channel drug discovery effort.  In the SLC space, technical limitations are more of an issue, and the field has yet to see the development of truly common technology platform that can be utilised to develop assays for a large number of SLC transporters.   One of the reasons this is important is that modern drug discovery efforts are facilitated by generating data using the same or similar assays to provide a greater understanding of relative structure-activity relationships across closely related gene family members.   In many cases this information is essential to ensure appropriate on-target effects while avoiding off-target adverse events.

A recent broad perspective on the SLC field was published by Cesar-Razquin et al (2015).  The authors highlighted 11 areas where they believe additional research and investment would be helpful in enabling SLC de-orphanisation (i.e. identifying the role and function of the protein) to better understand the potential landscape for drug discovery.  As noted above, however, there are a number of very interesting SLC targets for drug discovery today emerging from genetic studies.  To fully capitalise on these new targets as well those arising from the next generation of discoveries, newer and more robust technology platforms are necessary to complement those already in existence.

Several unique challenges exist with SLC drug discovery.  One is the fact that in many cells, there are often multiple subfamily members expressed in the same cell.   This is a function of the role these proteins play in moving solutes necessary for normal metabolism and cell health amongst cellular compartments. Sorting out activities attributable to one subfamily member from another can be challenging, particularly since there is often little known about baseline function and properties.   In addition, subcellular localisation is often important for the SLC family members to function properly, and activity of any one gene product can be restricted to a specific cellular compartment difficult to access with current assay methods.  To address some of these challenges, groups are attempting to create background cell lines for recombinant expression whereby endogenous transporters that do not have detrimental effects on cell health, thereby limiting utility, are eliminated.  In addition, cell free preparations such as proteoliposomes which inherently should have lower background in any assay format since they will not be contaminated by multiple transporters will allow specific investigation of the single transporter protein of therapeutic interest.  Finally, assay technologies are also being developed including genetically encoded sensors targeting certain compartments and ligands or applying different sensor methodology such as x-ray fluorescence, where subcellular distribution does not matter provided gene product specific signals for the solute of interest can be detected.   Progress in these technology areas is likely to greatly facilitate identification of new SLC modulators.   These molecules may then be used as tools to validate drug discovery targets and also as leads in novel SLC drug discovery programs.

More data, better technology and greater sophistication in applying both genetic validation and assay methodology bode well for the future of ion channel and SLC transporter based drug discovery efforts. There is no lack of good drug discovery opportunities in these gene families and the growing ability to apply the right drug to the right patient should mean more breakthroughs and better ion channel-based and SLC-based medicines in the coming years. 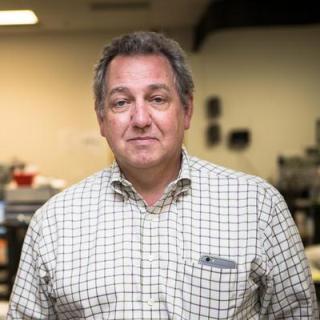 Douglas Krafte is currently Chief Scientific Officer of Icagen Inc.  He was formerly Executive Director & Site Head for the US arm of Pfizer’s Pain & Sensory Disorders Research Unit. Dr. Krafte has spent over 25 years in the pharma/biotech sector across multiple therapeutic areas in Icagen Inc., Pfizer, Aurora Biosciences, Boehringer-Ingelheim and Sterling Winthrop. Over the years he has gained extensive experience in managing and leading small molecule drug discovery teams that have successfully advanced multiple molecules to the clinic.

Dr. Krafte did his post-doctoral training at the California Institute of Technology in Molecular Neurobiology and received his MS/PhD in Physiology from the University of Rochester.