Nanocrystal Technology Applied to the Treatment and Diagnosis of Neurodegenerative Diseases

Poor bioavailability of many approved and yet-to-be-approved drugs for the treatment of brain disorders represents a pharmaceutical challenge. Despite the high pharmacological activity, limited water solubility leads to poor absorption and sub-therapeutic drug concentrations at the target site. The formulation of drug nanocrystals (NCs) emerges as a promising approach for different administration routes to enhance the brain delivery of hydrophobic drugs. 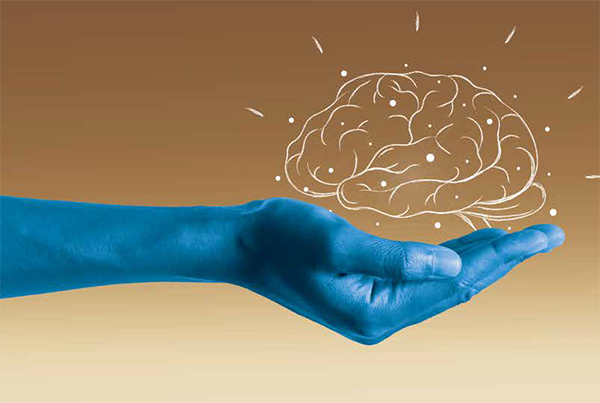 An obstacle in the development of new therapies is often the poor solubility of many drugs in the research pipeline. Almost 90 per cent of them have a little or no water solubility. The term 'poor solubility' applies when the maximum concentration of drug dissolved in water is <10 mg/mL; a molecule is defined as 'insoluble' at a maximum dissolved concentration of 0.1 mg/mL. Water solubility affects dissolution in aqueous fluids and thus the bioavailability of the molecule. A common consequence is an increased required dosage or repeated administrations to reach the wished therapeutic concentrations. Many of these molecules belong to classes II and IV of the Biopharmaceutical Classification System (BCS) and are suitable to be designed as NCs. In fact, nanonisation is one of the simplest and most effective strategies to increase the solubility, dissolution and bioavailability performance of these drugs.

Drug NCs are solid drug particles in the nanometer range surrounded by a stabiliser layer. If prepared as aqueous suspension, they can also be called nanosuspensions. The choice of the stabiliser is important since it can influence the physico-chemical properties of the formulation and its in vivo behaviour. Many stabilisers act as absorption promoters improving the bioavailability of the drug.

Nanocrystal strategy can improve drug bioavailability. In accordance with Noyes-Whitney’s theory, the decrease in drug particles size, resulting in an increase of surface area, leads to a higher dissolution rate of the drug in aqueous media. This ultimately enhances its bioavailability. NCs can be applied to different routes of administration, among which the oral route is the most popular. They can also be processed and delivered in any pharmaceutical form: suspensions, tablets, powder, sprays, eye drops, buccal adhesive films and hydrogels.

The lack of effective treatments for neurodegenerative diseases is mainly due to the presence of the blood-brain barrier (BBB), which protects the central nervous system (CNS) from foreign substances and drugs. Fortunately, nanotechnology offers brain targeting opportunities. The fact that NCs consist of 100 per cent drug makes them highly concentrated formulations, reducing the frequency of repeated dosing. The difficulty of drug transport into the brain could be bypassed by their small size. Moreover, the stabilisers used, such as Tween 80 in combination with D-tocopheryl polyethylene glycol succinate (TPGS), aids Apo-E uptake of these systems and recognition by LDL receptors. This initiates a receptor-mediated transcytosis and internalisation through the BBB. This also allows to avoid the recognition by opsonins and the attack by the immune system, overall leading to high concentrations of drug in the brain tissues.

In the landscape of brain delivery, drug NCs are increasingly being studied for the treatment of neurodegenerative disorders. In particular, their development in Parkinson's disease is one of the most studied areas. One of the main causes of this disease is an increase in oxidative stress and the production of free radicals. NCs technology can be considered a useful approach to improve the antioxidant molecule bioavailability intended for Parkinson's treatment. In fact, many studies concern the development of NCs based on antioxidants such as schisanterin, resveratrol, quercetin and ginkolide B. Schisanterinin particular is a  Chinese herb which has been extensively studied for its antioxidant properties and its ability to reduce dopaminergic loss. The problem is always its poor  oral availability and reduced solubility. Chen et al. demonstrated an increased bioavailability of schisanterin NCs and its neuroprotective efficacy.

The treatment of psychotic patients, most of whom are elderly, involves longterm treatment with repeated administrations, and often patient compliance and adherence to therapy are very low. Using of long-lasting nanocrystal  formulations of aripiprazole, for instance, has been approved by FDA by intramuscular injection. Buccal films based on aripriprazole NCs have been designed to improve the ease of therapy and optimise the controlled release of the drug. Nanosuspensions of risperidone showed a much higher bioavailability than the marketed drug Risperidal®. One of the most used molecules in the treatment of  Alzheimer's is donepezil. Its use in the form of oral tablets (Aricept®) causes gastric injuries that can be avoided afterintramuscular administration. However, the latter causes problems of poor patient compliance. Mittapelly et al. formulated donepezil NCs for intramuscular use that avoid gastrointestinal toxic effects and allow a longterm release of the drug.The design of NCs was also aimed at the treatment of demyelinating diseases, brain tumours and infections. An area of research that has been the subject of much interest and has produced optimistic results in recent years is the delivery of systems to the brain via the nasal cavity. The nose-to-brain route has proved successful in preclinical models with various nanocrystal-based pharmaceutical forms, ranging from gels to sprays, powders and solutions. The indications in which nanocrystal-based products for the noseto-brain pathway have emerged most strongly are neurodegenerative diseases such as Parkinson's and Alzheimer's. The projects involve the transport via this route of antioxidant molecules or molecules of industrial interest already conventionally used in the treatment of these diseases.

The nasal route is the only direct access of drugs to the brain by a non-invasive route. Intranasal drug administration allows drugs to be transported to the brain via two direct routes: the trigeminal and the olfactory nerves, by overcoming the BBB drawback. Due to the small volume of formulation that can be instilled into the nasal cavity, this route is limited to those drugs that are very potent at low concentrations. Highly concentrated NCs may be a useful approach for this route. Antipsicotics such as zotepine, or donepezil, a molecule widely used in the treatment of Alzheimer's disease, have found many benefits in terms of increased bioavailability when administered as nanosuspensions by this route. One obstacle may be the mucociliary clearance: increasing the mucoadhesion of the formulation,by means of viscous or in situ gelling formulations, so that  the drug remains longer in the nasal cavity, may be a valid strategy. Hao et al. reported the use of a gelling system consisting of resveratrol NCs in deacetylated gellan gum gel that becomes a gel in the presence of cations in the  nasal cavity. This strategy, in combination with nose-to-brain administration, resulted in a 400 per cent higher brain bioavailability compared to the neat drug.

NCs are also widely studied for diagnostic applications. Fluorescent semiconductor-based on NCs are employed for high-resolution cellular imaging, as well as for tumour targeting or visualisation of vascular damages. The main difference between fluorescent NCs and drug-based NCs is their chemical composition: the former are composed of inorganic materials (gold, cadmium telluride, cadmium selenide and iron oxide), whereas drug NCs contain organic (polymeric) stabilisers and drugs.

Among the most widely used NCs in this field are rare-earth NCs made of elements of the lanthanide series such as erbium, ytterbium and europium. Perovskite NCs have recently aroused interest in diagnostics. They consist of a general formula, ABX3, in which A is a monovalent cation, B is a divalent metal cation and X is usually a halide. These systems have proven to be useful in the diagnostics of brain areas, with an optimal emission spectrum at 1700 nm.Ultimately, NCs have been used to prepare biosensors to assess adrenaline release or simulate synapses.

Emend® was the first drug approved by the FDA in 2003 based on NCs formulation. This nanosuspension of aprepitant NCs acts centrally to inhibit chemotherapy-induced vomiting. Subsequently, three long-acting injection (LAI) antipsicoticdrugs in the same class were approved. These extended-release depot formulations represented a revolution in the treatment of schizophrenia. In fact, one of the main problems is non-adherence to therapy with poor patient compliance and repeated dosing. In particular, Aristada Initio®, Invega Sustenna® and Xeplion® are FDA-approved NCs medicines for the treatment of schizophreniain which the bioavailability of aripiprazole is improved. Zyprexa Relprevv®, based on olanzapine pamoate NCs, was also approved by FDA formulation for the parenteral treatment of schizophrenia. Two psychostimulant products based on methylphenidate and used in attention deficit hyperactivity disorder (ADHD) are Ritalin® and Focalin®.

The importance of NCs has grown over the last decade with the global sector market increasing million by 2028 compared to 2021, with an unexpected compound annual growth rate (CAGR) during the same period. NCs, due to their structural simplicity and highly scalable manufacturing processes, have the potential to revolutionise the therapeutic and diagnostic fields and their application is bound to emerge in a near future. The simplicity of NCs composition and the possibility of transforming these nano-drugs into different pharmaceutical final forms leads to a growing interest in NCs technology, especially for drug delivery to the brain. NCs drugs could be considered promising candidates for the high drug loading and the possibility of maintaining a very potent therapeutic action, particularly useful in the treatment of neurodegenerative diseases. This particular application of NCs drug is currently investigated,  as indicated by the growing studies in this field and the increasing number of approved drugs on the market. 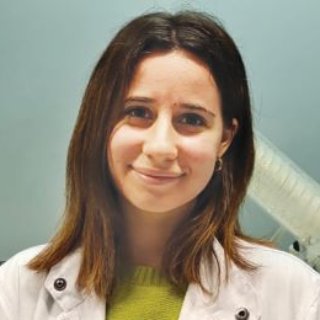 Elide Zingale is a PhD student in Neuroscience at University of Catania (Italy) under the supervision of Prof. Rosario Pignatello. She received her Master's degree in Pharmacy in 2020. During her thesis, she frequented the laboratory of Pharmaceutical Technology (University of Catania)and the Italian Research Council (CNR) with a study on the “Optimization of curcumin nanocrystals by DoE for nose-to-brain delivery”. At the end of 2020 she worked for one years in a project in collaboration with pharmaceutical company on the development of lipid nanoparticles for the ocular delivery of molecules of industrial interest. Now she is focused on a doctoral project on "Development of different nanocarriersloaded with Sirt-1 agonists for the treatment of degenerative eye diseases". 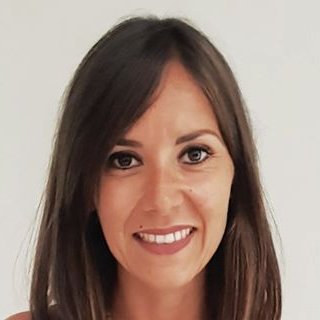 Angela Bonaccorso is a researcher at the Department of Drug and Health Sciences (University of Catania). She completed her International PhD in Neurosciences in 2017. Her research interests lie in the design and optimization of nanosystems through the quality by design approach focusing on drug delivery to the Central Nervous System by nose-to-brain delivery. She is author of 27 scientific articles published in international peer-reviewed journals. She attended national and international congresses and she is member of A.D.R.I.T.E.L.F; SCI; CRS Italy Chapter. 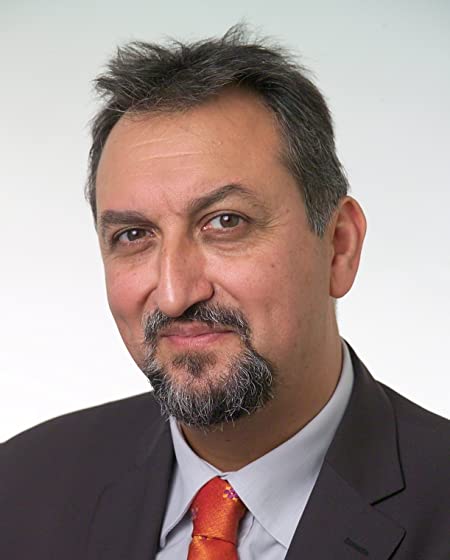 Rosario Pignatello is full professor of pharmaceutical technology and legislation at the University of Catania (Italy). He is at present the Director of the Department of Drug and Health Sciences of the same university. He is coauthor of  bout 160 scientific papers dealing with pharmaceutical technology and innovative drug delivery systems, in particular for ophthalmic application. He is the scientific responsible of NANO-i, the Research Centre for Ocular Nanotechnology, and of CERNUT, the Research Centre on Nutraceuticals and Health Products of the University of Catania