Amorphous Solid Dispersions (ASDs) are a preferred technology for improving solubility and bioavailability of poorly soluble drugs. Spray-drying and hot-melt extrusion are the most common ASD production methods, and polymer-drug interactions play a role in each. There are several factors to consider when selecting polymers and processing methods because each method offers advantages and disadvantages.

Poorly soluble new drugs entering the market are estimated to range from 40 to 70 per cent of the total. This trend of increased poorly soluble drugs on the market is a result of the quest for drugs with increased potency and increased ability to interact with protein receptors. The advent of modern drug discovery techniques such as quantitative structure-activity relationships, combinatorial and high-throughput chemistry has contributed to this quest. The Lipinski Rule of 5 and variants thereof, acknowledge that potential drug molecules tend to be more lipophilic with logP values up to 5 and sometimes higher. Water solubility-enhancing formulation strategies have therefore become a significant need and enabler in drug development.

There are a number of strategies in use to enhance solubility, dissolution rate, and bioavailability of poorly soluble drugs. These include particle size reduction or micronisation, amorphous solid dispersion, cocrystallisation, lipid-based formulation, drug complexation with cyclodextrins, or crystal modification such as salt formation and metastable polymorphism (Figure 1).

Among these, Amorphous Solid Dispersion (ASD) is seen as a preferred technology because it offers improved solubility with limited or no impact on permeability. ASD is the distribution of an active pharmaceutical ingredient (API) in molecular or amorphous form surrounded by inert carriers. The solubility of the amorphous form of the drug is higher than that of the crystalline drug. This enhancement of apparent solubility improves oral bioavailability by achieving a supersaturated concentration and maintaining this for an extended period of time in the intestinal milieu. This is commonly described as the “spring and parachute” effect (Figure 1).

Although there are a number of ways to achieve an amorphous solid dispersion, spray-drying and Hot-Melt Extrusion (HME) are by far the most common. These are complementary processes with advantages and limitations. Both can be run as continuous processes. HME is preferred for its simplicity and cost effectiveness, but is not suitable for heat- or shear-sensitive APIs or for APIs with extremely high melting temperatures. HME also has comparatively low mixing efficiency. Spray drying is preferred for higher drug loads and heat- or shear-sensitive APIs, but is not suitable for APIs with low solubility in organic solvents. Spray drying is more expensive and carries the added burden of requiring solvent handling, with associated environmental impacts (Table 1).

Typical polymeric solid dispersion carriers can be classified as non-ionic polymers, such as copovidone, povidone, hypromellose, and hydroxypropylcellulose; and ionic polymers such as hypromellose acetate succinate (HMPCAS), hypromellose phthalate, cellulose acetate phthalate, and polymethacrylate. Currently copovidone, povidone, hypromellose and hypromellose acetate succinate are most commonly used in marketed ASDs. Solid dispersion polymers interact with the drug molecules via hydrogen bonding as well as through hydrophobic interaction. However, the polymers should also dissolve relatively quickly in intestinal fluid. As a result of its amphiphilic characteristics and diversity of substituent groups (succinoyl, acetyl, methoxyl and hydroxypropyl), HPMCAS interacts favourably with diverse drug molecules and is regarded as the most versatile solid dispersion polymer (see Figure 3).

Case study: Using HPMCAS to stabilise and enhance the solubility of a rapidly crystallising and low solubility drug

Spray-dried dispersions of ezetimibe and HPMCAS were developed to illustrate the versatility of HPMCAS. HPMCAS is commercially available in various grades of acetyl and succinoyl substitution levels (see Figure 3)that allow optimisation for differing drug properties and increase the likelihood of finding a suitable polymer-drug combination.

Ezetimibe is poorly water soluble, lipophilic, and a strong crystal former. The relevant properties of ezetimibe are shown in Table 2.

Spray-dried dispersions were made by dissolving ezetimibe and HPMCAS in 2:1 (w/w dichloromethanol:methanolat a concentration of 5 per cent solids. A 60 per cent drug load was chosen to accentuate performance differences among the HPMCAS grades. Spray drying was performed on a GEA SD Micro spray dryer (Columbia, MD). The feed material was atomised using a 0.5 mm two-fluid Schlick nozzle targeting an inlet temperature of 85°C, a process gas flow of 25 kg/hr, an atomising gas pressure of 0.5 bar, and an atomising gas flow rate of 1.5 kg/hr. The liquid feed rate was adjusted to maintain an outlet gas temperature of 55°C. After spray drying, the spray-dried dispersions were vacuum dried for 48 hours at 40°C under ?25 in. Hg reduced pressure.

DSC was performed under a nitrogen purge with a TA Instruments DSC2000 calorimeter (New Castle, DE) on 5 mg samples. Each sample was heated at a rate of 20°C/minute from ?20°C to 190°C and then cooled at the same rate back to ?20°C. After cooling, samples were held isothermal for 5 minutes and then heated again at the same rate to 195°C.

Dissolution experiments were performed using a Pion µDISS Profiler* dissolution apparatus. Spray-dried samples were added to 20 ml of Fasted-state Simulated Intestinal Fluid (FaSSIF) maintained at 37°C under a constant stirring speed of 300 rpm. A 2.0 mg model drug equivalent of each   spray-dried powder sample was added to each vial and drug concentration was measured by in situ fiber optic probes at various time points.

As the DSC thermogram demonstrates, after 65 hours the L grade sample showed a clear endothermic peak, which results from the melting of crystalline ezetimibe; the M grade sample showed phase separation; and the H grade sample remained as a single-phase amorphous dispersion (Figure 4).The presence of phase separation in the M grade formulation indicates that at some future point this formulation would experience recrystallisation. The different grades have different acetyl substitutions and hydrophobic interactions play a role in the stability of different formulations. The stabilisation effect is greatest for the H grade, followed by the M and L grades. Stronger hydrophobic interaction between ezetimibe and the acetyl-rich H grade contributes to the improved stabilisation.

Further differentiating behaviour can be seen in the dissolution profiles (Figure 5).The L grade showed a drastic increase in solubility followed by a sharp drop to below the solubility of the crystalline API. This indicates that there was very little interaction between the API and the polymer in the saturated solution state. The dissolution results for the M and H grades were comparable to each other, with both a significant increase in solubility and a degree of sustained supersaturation, resulting in similar Area-Under-the-Curve (AUC) values for the two grades. Again, the stronger hydrophobic interactions between ezetimibe and acetyl-rich M and H grades contributed to improved precipitation inhibition effects.

For ezetimibe the intermolecular interactions are most favourable with the H grade of HPMCAS followed by the M and L grades. The precipitation inhibition effect of HPMCAS is determined by two major factors: intermolecular interactions between the API and polymer, and the dissolution rate of the polymer. In this case, the H and M grades had similar dissolution rates, both of which much greater than that of the L grade.

Solid dispersion technology is an effective approach to enhancing the bioavailability of poorly water-soluble compounds. This paper shows how the hydrophobic interactions promoted by the varying acetyl substitutions play an important role in increasing and sustaining the solubility of ezetimibe. The trend of increasing numbers of poorly soluble drug candidates is likely to continue for the foreseeable future, and solid dispersions will continue to be an important part of bringing them to market. 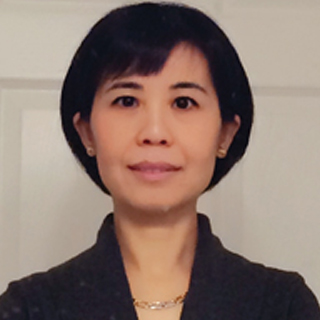 Yunxia Vivian Bi leads the global solubilisation technology platform as well as pharmaceutical contract research services at ASI. Prior to joining Ashland in 2010, she held various positions in Pfizer Global R&D, Vertex Pharmaceuticals and AstraZeneca Pharmaceuticals. Her research interests are oral and parenteral drug delivery systems. Dr. Bi has authored and co-authored more than 50 research papers, abstracts and patents. She also serves as a reviewer for research journals. 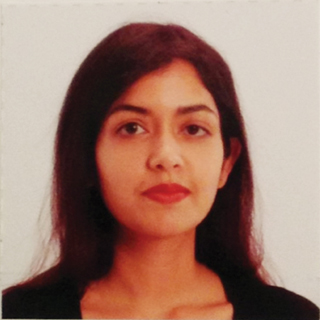