How can we make it happen?

This article talks about how the difficulty of getting reimbursement in the US and Europe for novel therapeutics, especially ones based on innovative new technology platforms, renders such products less available in Asia-Pacific as well, since two-thirds of NASs are developed in the US and Europe. A number of countries in the Asia-Pacific region depend on the regulatory and reimbursement decisions in the US and Europe for making their own decisions, especially on breakthrough products for which the resources and expertise for developing the evidence base to make such decisions (for example, with regulatory science tools and/or real world data) are often limited.

The difficulty of getting reimbursement in the US for novel therapeutics, especially ones based on innovative new technology platforms, renders such products less available in Asia-Pacific as well. Fully half of new active substances (NASs) approved globally each year, ownership of the extant R&D pipeline worldwide, and the end-market for all medicines are in the USA number of countries in the Asia-Pacific region consider the regulatory and reimbursement evaluations conducted in the US when making their own decisions, especially on breakthrough products for which the resources and expertise for developing the evidence base to make such decisions (for example, with regulatory science tools and/or real world data) are limited in some Asia-Pacific countries.

After surviving the ‘valley of death’, the precarious period that exists between late discovery and early clinical trials, the next critical juncture for an innovative product is getting buy-in from FDA to award it special status in one of its Facilitated Regulatory Programs (FRPs), which expedite development and regulatory review. At that point, however, the imprimatur of the FDA only goes so far to predict future success after launch. The path to commercial success can certainly be delayed by obstacles during the technical process of getting a product through the hurdles of proving safety, effectiveness, and product quality, but the last hurdle is always proving value – to physicians, patients, and especially third-party payers, both private and public. A study by Tufts CSDD in the early 2000s showed that technical success and commercial success do not always go hand-in-hand. That seminal study reported that of 15 major companies, there was a wide range of correlations between technical and commercial success. That gap has only become more challenging over time. Even though the time of development has remained somewhat static over the last decade, the cost of development has doubled, and overall success rates have declined. Thus, the ramifications of a market failure are much more daunting than in the previous decade, when only 3 out of 10 marketed products earned enough to pay their own freight (and generally the sunk costs of the other products on the market as well). While the number of big pharma company has been cut in half in the 2000s, emerging sponsors (mostly small, young companies with little or no history of prior approvals) are now responsible for close to half of novel approvals in the US as well as ownership of 80 per cent of the R&D pipeline. For these small, start-up companies, reaching the market only to be thwarted by difficult reimbursement conditions or outright rejection for formulary inclusion can be disastrous for the company as a whole. Yet, these very companies are often where the seedbeds of innovation are most fertile, as mid-sized companies often have limited their portfolios to a few therapeutic areas and larger companies over time have been abandoning certain therapeutic areas such as CNS disease after experiencing a lack of success or portfolio realignment due to merger & acquisition or new leadership.

On the commercial side what has to happen to balance the prospects of success for novel products generated by innovative platforms? Two concepts must become mainstream precepts—Risk-Sharing Agreements (RSAs) and Real World Evidence (RWE). These concepts are intertwined and must be integrated to provide a solution for moving therapeutic options forward at the speed of science.

Risk-sharing entails agreements in which the buyer and seller believe that a product is sufficiently promising that it warrants the taking of certain risks by all parties because of the likelihood of potential benefits, i.e., value to the patient and thus to the healthcare system responsible for care and coverage, even if that benefit may be as barebones as “it’s better than nothing.” The first fundamental factor involved in risk-sharing is that all parties actually share the risk. This is where payers have often been found wanting, either by requesting too much proof too early (i.e., pre-approval) or by an unwillingness to accept any risk at all for an untried product without regard to regulatory approval or patient need. As counterproductive as this seems, there are many examples of this being the case with urgent medical needs in orphan drugs, personalised medicines, and most recently, Abuse-Deterrent Formulations (ADFs) for opioids. In a 2014 study by Tufts CSDD of orphan drugs approved from 1983 to 2013, 9 out of 10 drugs had at least one condition restricting reimbursement, whereas for the 11 most expensive orphan drugs, patient costsharing ranged from 20-35 per cent for drugs costing on average US$400,000 annually. For an early cohort of 10 personalised medicines in 2013, Tufts CSDD found that payers reimbursed all drugs with variable and relatively high payer co-insurance and formulary restrictions, but reimbursement for the companion diagnostics was limited and highly variable. By 2015, product developers still considered reimbursement to be a 4 out of 5 on an index of the most challenging factors facing personalised medicine. The problem is not confined just to private insurers. For example, the opioid abuse epidemic in the US sounded the clarion call for ADF products. There has been a laudable response by manufacturers with 25-30 new applications pending review, 10 approved, and 4 launched by mid-2017, despite the fact that two years earlier 96 per cent of prescribed opioids were not ADF products. Nonetheless, coverage by the US Government under the Medicare program ranges from only 8 to 54 per cent for these 4 critically needed products. 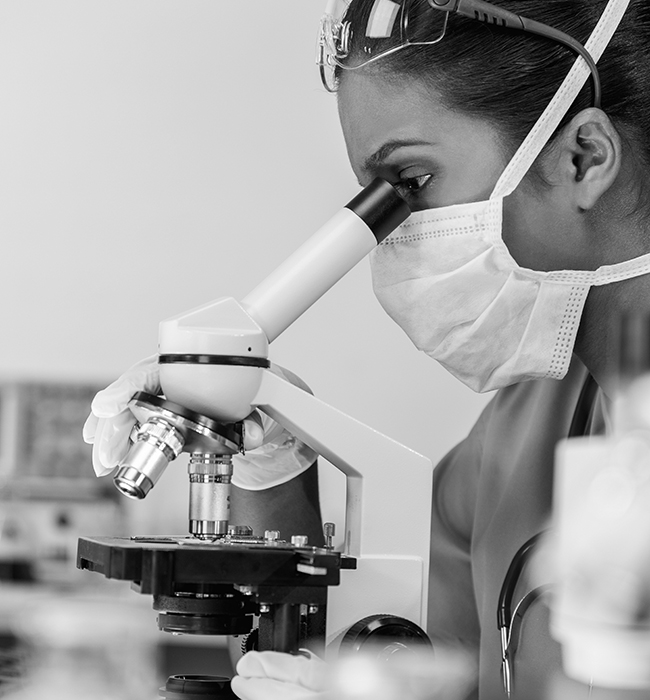 Payers would say in their defence that they must see proof of clinical utility, i.e., that the drug, drugdiagnostic combo, or formulation, demonstrate statistically robust evidence of positive outcomes for the patients for a sufficiently high proportion of patients. The problem is a Catch-22 (i.e., a difficult circumstance from which there is no escape because of mutually conflicting conditions). You cannot provide the quantum of evidence necessary for comparative effectiveness that payers demand until there are a sufficient number of patients who have experienced a therapeutic trial of the product in real world settings. For this to happen, payers must assume certain risks a priori. It’s a hard lesson. One that FDA has struggled to learn, but has finally become reconciled to it as a necessary regulatory paradox – accepting a certain amount of uncertainty in order to advance promising new technologies. Now payers have to ‘walk a mile’ in the shoes of patients, care-givers and regulators and take this same ‘leap of faith.’

Arguably, faith is not a strong point of public or private payers, and probably we don’t want it to be. We do want them to be able to make decisions on the best available evidence at the earliest point in time to meet an unmet need as soon as possible. This is where RWE comes into play. RWE is defined as data regarding the usage, or potential benefits or risks, of a drug derived from sources other than randomised controlled clinical trials, such as observational studies, registries, insurance claims databases, electronic medical records, wearable devices as well as patient-centred outcomes studies. The regulators are beginning to accept that RWE can be a telling source of evidence to assess the value over time in the life cycle of a marketed drug, and perhaps even answer questions that hadn’t been asked yet, but should have been. However, there is some reticence to substitute RWE for RCTs as the gold standard for providing the necessary quantum of proof for initial approval, although it is gaining credence as a supplement to pivotal RCTs in this regard. In fact, FDA’s premier regulatory science experiment – the Oncology Center of Excellence – now just a year old, works to incorporate RWE among just a handful of key advances in regulatory decision-making along with revamping trial design to eliminate the arbitrary phase 1,2, 3 structure, employing master protocols, re-defining trial eligibility criteria in conjunction with patient advocacy organisations to ensure representativeness, and reaching out to professional colleagues outside the agency as well as external stakeholders to generate better patient-reported outcomes metrics and instruments. Payers, for their part, have to shake off the shackles that bind them to a decision process that requires upfront proof of clinical superiority or rejection as the only two options for whether or not to reimburse a new drug (or a sliding scale of incremental costeffectiveness that purports to implement a public health rationale of ‘greatest good for the greatest number of people’ but is really thinly disguised rationing). Real world evidence in its simplest terms is evidence from the patient, by the patient, for the patient. If the system is serious about becoming more patent-centric—as it should be since regulators serve the people, and patients are the end-customer for manufacturers and payers—then the experience of the broadest swath of patients in the widest range of practice settings should inform payer decisions. Who will pay and how is a different question, and depends on individual, familial, community, and nation-state support as well as cultural norms, but the first threshold is to establish whether a product has sufficient value to bring this next set of considerations into play.

For the Asia-Pacific region, with a panoply of government, private and individual payer systems, the ingredients exist to craft fair pricing and coverage solutions as much or even more rapidly than in the US. In a recent prior article in Pharma Focus Asia, the author has demonstrated that many nation-states in the region have nascent infrastructure or even burgeoning programs to provide for a system of real world data collection that could provide an adequate source of RWE. At the same time, RSA models are not confined to any one global region but are ongoing initiatives in many countries (including, for example, in China and South Korea according to a recent ISPOR workshop summary). With the judicious implementation of RSAs and RWE, access to novel medicines and a conducive environment for innovative technology can be a reality on the short term horizon for the Asia-Pacific region. 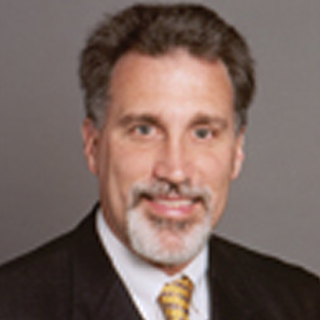 Christopher Milne is the Associate Director of The Tufts Center for the Study of Drug Development. Milne received his master’s degree in public health from the Johns Hopkins University.