Around the world, regulators view biosimilars rather differently in terms of designating them as interchangeable with the reference product. To date, the US has taken a conservative approach, not with standing the experience Europe has gained in monitoring thousands of patients who have switched from originator to biosimilar products. Meanwhile, in Asia, access issues stemming from the cost of biologics render concerns over interchangeability moot.

In 2017, the US Food & Drug Administration (FDA) released longawaited draft guidance on biosimilar interchangeability – intended as the substitution of the reference biologic drug with its biosimilar product, done without the intervention of the prescribing healthcare provider. The document, “Considerations in Demonstrating Interchangeability with a Reference Product,” specifies that in order for the agency to deem a biosimilar as interchangeable with its reference product, there must be sufficient evidence to demonstrate that:

The FDA recommends that sponsors intending to demonstrate interchangeability perform an adequately powered switching study in a sensitive patient population. The study should be designed to include two parallel treatment arms: one in which patients receive the reference product only and the other in which the treatment is switched at least three times between the reference and biosimilar products. Intensive pharmacokinetics (PK) sampling should be conducted, with clinical PK and pharmacodynamics, when applicable, representing the primary study endpoints with immunogenicity and safety as the secondary key endpoints.

Although in the US biosimilar substitution is governed by individual state laws, state policies implemented so far tend to show a consistent approach, allowing substitution only for biosimilars designed as interchangeable by the FDA. However, policies tend to diverge for what concerns the required notifications or the measures a physician can undertake to prevent substitution therefore introducing some variability across states.

To date, no biosimilar has been granted interchangeability status by the FDA. In fact, no study has yet been completed on a biosimilar according to the agency’s full specification, although Sandoz has incorporated a multiple switch design into its adalimumab and etanercept biosimilar efficacy and safety studies in psoriasis. However, the intensive PK sampling recommended to prove interchangeability was not performed. More recently, a psoriasis study following FDA interchangeability guidance has been initiated by Boehringer Ingelheim (Voltaire-X) with their adalimumab biosimilar Cyltezo® that recently received market authorisation.

A number of different organisations commented on the FDA’s draft guidance before the consultation period closed in May 2017. The comments are publicly available on the FDA’s website. Interestingly, the Biosimilar Medicine Group, a sector of Medicines for Europe, observed, “The draft guidance emphasizes the theoretical risks associated with biosimilar medicines development and approval, without balancing those with the wealth of evidence gathered over the last decade in the EU where biosimilar medicines have been used in clinical practice.”

In particular, the group made reference to the number of switching studies performed thus far and their positive results; although multi-switching as recommended by the FDA was not applied. The group also explained that, based on current knowledge, EU regulators have stated, “It is unlikely and very difficult to substantiate that two products comparable on a population level would have different safety or efficacy in individual patients upon a switch.”

The Biosimilar Medicine Group has, therefore, recommended that the FDA develop a “pragmatic guidance document” that incorporates “what the learnings from practice have been to date.”

Lessons from the EU Experience

In the EU, the EMA has delegated decisions regarding interchangeability and automatic substitution to member states. In general, so far, automatic substitution is not allowed or recommended at a national level; exceptions are France, where substitution is allowed with restrictions, or countries like Poland, where it can take place due to lack of regulations. That said, the situation is very dynamic, and substitution at the pharmacy level may occur in certain countries if the biological product is prescribed by its International Non-Proprietary Name (INN), or if the products are purchased by a bulk tender.

Over the last few years, non-medical switches, those performed for reasons other than a patient’s health or safety have, indeed, taken place within Europe, and these cases provide robust, longterm, follow-up data. Admittedly, the majority of cases have been single switches, i.e., transitions from the reference product to its biosimilar, thus not fulfilling the FDA’s requirements for an interchangeability study. Nonetheless, this practice has generated a considerable amount of realworld experience which has been published and presented at international conferences. A review of switching studies involving infliximab, adalimumab, etanercept, or rituximab biosimilars identified such studies up to October 2016.

Large numbers of these switches have taken place in the Nordic countries. One of the largest postmarketing studies to explore the effects of switching conducted thus far is the NOR-SWITCH study, sponsored by the Norwegian government. It randomised nearly 500 patients with various inflammatory diseases to either continue the originator infliximab (Remicade®) or switch to its approved biosimilar, CT-P13 (Remsima®/Inflectra®) for 52 weeks. The results showed that after one year patients who had switched showed no worsening of the disease and did not present any special safety issue, as compared to those that remained on the originator product. Overall, other smaller observational studies of Remsima®/Inflectra® have tended to agree that switching from Remicade®to CT-P13 did not lead to loss of efficacy or safety concerns. Several single-centre studies from different European countries involving follow-up with patients who had switched from different types of reference products have also been reported.

In May 2015, Denmark implemented a national guideline mandating non-medical switching of all patients treated with Remicade® to Remsima®. As a result, more than 800 patients suffering from rheumatoid arthritis, psoriatic arthritis, or axial spondyloarthritis were switched to the infliximab biosimilar and were followed for more than one year in an observational study. The study showed that there was no impact on disease activity, although retention rates were slightly lower after one year than those of an historical Remicade® cohort.

Generally positive results were also found following the approval and launch of the first etanercept biosimilar, Benepali®, in 2016. Uptake was rapid and impressive, and prescription data from biologic registries have been revealing.

• In Denmark, more than 1,500 patients with rheumatic diseases were switched from Enbrel® to Benepali®. A three-month follow-up post switch showed that the disease activity was largely unaffected , although about nine percent of patients stopped treatment by the five-month follow-up, with high disease scores and lack of methotrexate use being associated with the discontinuation.

• In Sweden, 55 percent of more than 5,000 rheumatology patients who initiated treatment with Benepali® had undergone a non-medical switch from Enbrel®. Similar data have been reported in Germany. Follow-up data thus far indicate no overall worsening of the condition, although a small percentage of patients tended to interrupt treatment and, in some instances, return to the originator. This phenomenon deserves further investigation for the potential causes. Researchers have highlighted the importance of following a communication strategy to help patients understand the reasons for, and benefits of, the switch, as well as the importance of adherence to therapy and persistence with the treatment regimen.

Variety of Approaches Taken in Asia

When it comes to biosimilars and views on interchangeability, Asian countries are quite different from their Western counterparts. Copies of biologic drugs, also called follow-on biologics, have been developed and marketed for quite some time in countries such as China and India, although these drugs do not meet the criteria for a biosimilar established by international guidelines.

There is, potentially, a huge demand for biosimilars in the region, given that the majority of the population cannot afford originator biologics, even if given at a lower cost due to the competition from copies. While the overall consumption of biologics (including copies or biosimilars) remains very low in many Asian countries for economic reasons, the availability of follow-on biologics is contributing to greater use. In India, for example, the number of people receiving ritixumab increased by six fold within three years of the launch of the first Rituxan® copy.

The current debate around interchangeability and substitution does not appear to be of special interest in the majority of Asian countries, similarly to other emerging markets, due to the current low use of reference products. Rather than addressing questions of interchangeability between originators and biosimilars, Asian countries are focused on extending the use of biologics to a larger portion of the population.

In conclusion, in parallel with an increasing number of biosimilars reaching the market, a strong need for regulating the switch from the reference product to its biosimilar is emerging with the purpose to find a good balance between the expenditure of healthcare systems and the safety of the subjects while taking into account the sometime contrasting views of the several involved stakeholders. For the emerging markets, the main challenge for the coming years will consist of extending the use of advanced therapies by making available properly developed biosimilars (rather than copies) to a larger number of patients. 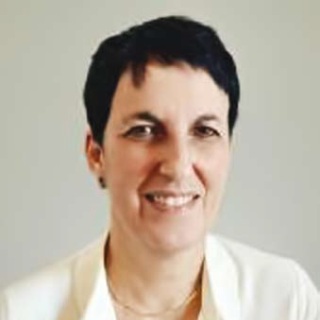 Anna La Noce, MD, PhD, serves as Executive Medical Director, Clinical Development, Immunology & Inflammation at INC Research/ inVentiv Health. She is a physician who has dedicated the last 10 years to providing support on planning and executing clinical trials in various rheumatology indications, with a focus most recently on biosimilars. Her professional experience includes more than 25 years in the pharmacology industry, specialising in the clinical development of a variety of drugs in several therapeutic indications.