The article talks about the Swiss Generics market, the penetration rate of generics in Switzerland; why generics are a safe, and smarter choice, manufactured to modern standards with affordable prices; and the threat of government forcing generic companies to benchmark their prices to nine European countries by 2017.

In 2015 the market reached 637 million Francs (US$648 million), seven per cent growth in value over 2014, but market penetration still lags considerably behind the OECD average. The reason the generics market is not yet fully developed in Switzerland is in large part due to a lack of incentives for doctors and pharmacists when it comes to prescription. The Swiss generics market is still not fully developed. When you look at the market share and penetration of generics in this country, it does not compare to markets such as Germany, the UK, France, or the Netherlands. In terms of value, the total share of generics within the Swiss pharmaceutical market was 19 per cent in 2015 in terms of value, and 32 per cent by volume. Also the penetration rate in this comparatively small country is still rather low, and must be expanded. The member companies of Intergenerika have been working hard on the educational front to ensure that pharmacists, doctors and patients have a more balanced view of generics. There has been a lot of work done to convey to highly brand-conscious Swiss people the point that generics are not of an inferior quality to the originator product. Generics are high-quality, off-patent products. I would even go so far as to say that they are sometimes of a superior quality with regard to the respective originator product. Patented products have usually been on the market for 10 years or longer before a generic alternative is launched. Over this time, the product has been advanced in many ways, such as modern dosage forms or package varieties. The side-effect profile of generic products are well known, they are manufactured to a modern standard, and are on offer at more affordable prices. In times of austerity they are the optimal choice and are increasingly seen as the indispensable alternative.

Lack of incentives, no obligation

The reason the generics market is not yet fully developed in Switzerland is in large part due to a lack of incentives for doctors and pharmacists when it comes to prescription. There is even a disadvantage for a self-dispensing doctor or pharmacist, since they receive a lower profit margin. In Switzerland doctors are free to prescribe what they consider to be the best available product; they are under no obligation to prescribe a generic, and the same is true for the pharmacist. It is true that when purchasing a generic the patient has to cover 10 per cent of the costs out of their own pocket, whereas that per centage can rise to 20 in the case of an originator product. Yet this incentive to buy a generic is reduced by the patient’s sickness-fund, which frequently covers all the costs. Intergenerika is asking the government to create further incentives for doctors and pharmacists to prescribe generics. Not with standing a lack of incentives, today more and more sickness funds and patients understand the value of generics when it comes to reduce overall healthcare costs. We are convinced that the growing penetration of generics will continue in the years ahead.

Contrary to other countries and generic associations which advocate mandatory substitution in Switzerland we support more individual responsibilities for doctors and pharmacists. Imprinted within the Swiss DNA is the right to make a choice, notably when it comes to their medicines. At Intergenerika, we are not asking for a disadvantage when it comes to buying the originator product, or any particular advantage for generics: we simply say, let the doctor and the patient decide what is best for them. We encourage the use of generics, as the more modern and affordable option. Nevertheless, the barriers to generic penetration mentioned earlier must be removed. While in Switzerland, doctors and pharmacists have remained in control of the process in Germany the decisionmaking power has moved from the doctors and pharmacists, to the sickness funds, which reimburse only the most cost efficient product. While the approach employed in a country such as Germany is advantageous when it comes to reducing costs, it is problematic for the patient. Germany has a so-called rebate-system, where sickness funds negotiate a contract with the pharmaceutical company, and the patient is then obliged to switch to a lower priced product the next time they go to the pharmacist. Different brands, namely drugs with the same ingredients but with different presentations, frequently lead to overdosing by confusing the patient. In Switzerland we do not use such a system; the patient and the doctor can decide what is best for them. This is an important principle that must be respected.

Generics are not too expensive

Generics in Switzerland are not too expensive particularly with respect to their high quality and the unique service package that are offered. One also has to take into account the costly approval procedures by Swissmedic, the Swiss Health Authorities. The problem of the comparison with foreign prices is the countries we are comparing prices to. One can not compare Swiss generic prices to those in Germany, where there is a rebate system that penalises the patient. If you compare our prices to those in France, Finland, Austria or Belgium, markets with systems comparable to the Swiss healthcare system, there is only a 30 to 40 per cent price difference. If you compare the Swiss generics market to those in the UK, Denmark or the Netherlands, where you have extremely high generic penetration, clearly we cannot compete. The number one issue is the selection of the reference countries.

Costs are, in general, higher in Switzerland than in many other European countries. As mentioned earlier, before a product can be launched on the market, it must receive approval from Swissmedic, which asks for additional trials, rather than merely accepting results from the EU. Such additional trials have a cost. One example for the bewildering approval requirements of swissmedic are oral inhalational products with known sub-stances which are used for treatment of bronchial asthma and chronic lung diseases (COPD) also called "asthma generics". There is no plausible explanation why those asthma generics are excluded from the Swiss market, although they have proved over years to be effective and well-tolerated in neighbouring countries. Unfortunately the “asthma generics” are no isolated case. With its rigid and not very cooperative stance, the regulatory authority is preventing the realisation of potential large savings. Furthermore, all the key healthcare stakeholders the wholesaler, the pharmacists, the doctor enjoy higher salaries than in the majority of other European countries. A pharmacist in Switzerland earns double what a German pharmacist receives. In markets such as Germany and the Netherlands, companies can launch the pack size which is the most profitable for them, and avoid having to launch the ten-pill package. In Switzerland, we are asked to launch the full range of package sizes, which results in additional costs. The principle factor behind the differentiation in pricing, however, is that the market in Switzerland is rather small compared to a country such as Germany, and therefore you do not have economies of scale. If the Swiss government follows through with its intention to introduce a reference price system in 2019 where only the cheapest product would be reimbursed, the generics industry could be irreparably harmed. Today the majority of Swiss generics companies are no longer family owned, but belong to large publicly-traded multinationals. If the margin achieved in a specific country does not reach a certain threshold, such companies may decide to stop marketing their products. As a result, we will witness supply shortages. Indeed, we already have this issue with a number of specific illnesses in Switzerland, where manufacturing costs are considered too high. If the Federal Office of Public Health asks for prices which are lower than the manufacturing costs, such products will disappear from the market, leading to a risk of supply shortages. Another issue is that if generic prices continue to be forced down, smaller companies could be forced off the market, leading to a monopoly, with all the known disadvantages. The government must realise that if they go ahead with their proposed price cuts, it may lead to short-term savings over the next few years, but will result in a longterm damage of our industry.

Intergenerika’s key messages at a glance

1. Our vision: Generics are the preferred choice for medicines
2. Our Mission: Intergenerika adovocates a highly qualitative and secure supply of generics for Swiss people at affordable prices
3. Generics should be perceived as the better medicines. Compared with the originator they are more modern medicines partially offering improved galenics and at a more favourable price
4. Generics are far more than only active substances-namely well conceived and proven high quality pharmaceuticals which have to go through additional national approval procedures
5. A switch to a "lowest price system" would only produce losers: Patients and their families, doctors, pharmacists, sickness funds and ultimately also the medically insured
6. Foreign price comparisons are not meaningful, as care systems in European comparative countries are different.
7. Comprehensive measures have to be taken to promote Generics including training and demand-side activities and information campaigns. Annual savings of 1 billion Swiss Francs directly and indirectly caused by Generics could be further enhanced
8. Prices of Generics have dropped significantly over the last 5 years alleviating the health care costs.
9. With medicine prices partially already below manufacturing costs attractiveness for manufacturer is decreasing. Ongoing price pressure is endangering security of supply
10. We advocate freedom of choice of medicines.

Compared with other European and OECD countries the Swiss generics market is still not fully developed and lagging behind in terms of market share and penetration. Swiss Generics Association Intergenerika advocates improved incentives for pharmacists, doctors and patients to actively promote the cost-saving off-patent highquality pharmaceuticals. 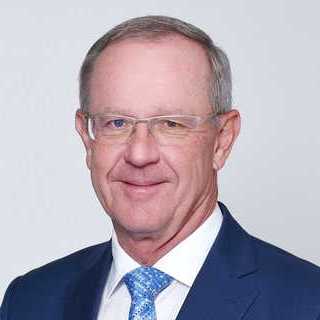 Axel Müller has dealt with medicines during his entire life and holds a PhD in pharmacology. He has worked most of his professional career in the generics industry from the API level, to the development and marketing of drugs. As MD of Intergenerika he actively promote generics in Switzerland as the drugs of first choice.