A working model for the future of drug discovery and development

Although investment in pharmaceutical research and development has increased substantially in the last decade, the lack of a corresponding output in terms of new approved drugs indicates that therapeutic innovation has become extremely challenging.

The pharmaceutical industry’s long successful strategy of placing big bets on a few molecules, promoting them heavily and turning them into blockbusters worked well for many years, but its Research and Development (R&D) productivity has now plummeted and the environment is changing. According to the Pharmaceutical Research and Manufacturers of America (PhRMA) the industry spends roughly US$50 billion per year today on R&D. Despite this massive R&D investment, the number of new drugs approved each year over the past 40 years has remained fairly constant, averaging at roughly 25 to 30 per year. Thus, spending more money on R&D initiatives has not been helping to improve innovation or drug development productivity in the life sciences industry.

In addition to this lack of innovation, today’s pharmaceutical industry faces several major financial and business challenges. First, longer R&D cycles and increasing regulatory scrutiny are causing R&D costs to spiral out of control. Second, the impending patent expiry of many blockbuster drugs threatens to cut total drug sales revenues by as much as 41 per cent by 2015. By the end of 2012, 20 per cent of big pharma’s current sale revenues were already susceptible to generic drug encroachment. Third, a growing number of healthcare payers are measuring the pharmacoeconomic performance of different medicines. A widespread use of electronic medical records will give them the data they need to enforce outcomes-based pricing. Thus, generic prescriptions drugs are predicted to represent 17 per cent of total global pharmaceutical sales by 2014, up from 10 per cent in 2008. Finally, healthcare reform legislation and increasing downward pricing pressures imposed by insurance companies and third-party payors are driving down drug reimbursement costs and squeezing the margins of many branded prescription drugs.

Drug makers have attempted to adjust to these conditions by controlling costs through job cuts, corporate restructuring, and M&As. For example, over the past four years alone, the world’s 10 largest pharmaceutical companies have eliminated over 200,000 jobs or 18 per cent of the 2010 aggregate, global pharmaceutical workforce. During the same period, M&A activity has skyrocketed with several major acquisitions (Pfizer / Wyeth and Merck / Schering Plough) as big pharma companies scurry to bolster their biotechnology product offerings. While both strategies are likely to help to control costs and bolster company stock prices in the short term, neither is likely to help to improve productivity nor spark the innovation that is drastically needed at most big pharmaceutical companies.

From closed innovation to partnering

Historically, the pharma industry has operated by using a ‘closed innovation’ business model where ideas are generated internally and ultimately commercialised using vertically integrated internal corporate resources. This process was mainly driven and protected by patents and IP, and product development has frequently been done internally and secretly without much input from external sources.

Due to the fact that several deals did not pay off in the following years, we are unlikely to see many (if any) additional megadeals involving big pharma in the foreseeable future, as most companies have announced their intention to focus on smaller ‘tuck-in’ deals (acquisitions of products and technologies). In addition this model was working as long as the biotech industry was able to attract sufficient VC to finance product development and to create full pipelines.

From partnering to open innovation

In a changing market environment and financially difficult times big pharma has to realize that to remain in the business of drug discovery, they need to become more innovative and long-term focused. The new approach includes more emphasis on corporate venture capital, an increased number of collaborations with academia, the establishment of infrastructure and incubators, crowdsourcing techniques to provide grants and the involvement from other industries.

Ultimately, the scientists are the ones innovating and they need the tools to make it happen. Thus the industry is investing in science where it happens. In the past, clinics and pharmaceutical companies have often worked on the same projects, but not necessarily together. Data was exchanged, and in the end the results too, but there was rarely real cooperation. That’s in the process of changing: The Charité - Universitätsmedizin Berlin and Sanofi pharmaceuticals embarked on a new path in June 2010. Joint ideas and topics, joint research, joint day-to-day work—that is the framework for their cooperation. And the partners have just recently opened their first joint laboratory, near the Charité hospital in Berlin. Over the next years, Merck will invest US$90 million in a non-profit institute, the California Institute for Biomedical Research (Calibr), with up to 150 staff doing early drug research in immunology, cardiovascular disease, regenerative medicine, cancer, and other diseases. Merck has an option to obtain an exclusive commercial license to any proteins or small molecule therapeutic candidates derived from work conducted by Calibr.

In addition to bilateral collaboration, there is a trend towards broad technology platforms. Pharmaceutical companies have vast libraries of compounds which can be screened in the hunt for potential medicines. Until now, access to these compound libraries was highly restricted. To overcome this limitation large pharmaceutical companies have joined forces with Small and Medium-sized Enterprises (SMEs) and academia in an Innovative Medicines Initiative (IMI)-supported Public Private Partnership (PPP) to enhance early drug discovery and so address the ever-increasing need for innovative therapeutics to tackle unmet medical needs. The European Lead Factory, a novel platform for innovative drug discovery, was launched early February by an international consortium of 30 partners. As part of the European Lead Factory, seven participating pharmaceutical companies will contribute at least 300,000 chemical compounds from their corporate chemical collections. A library of an estimated additional 200,000 novel compounds will be developed jointly by academia and SMEs. Together, the two libraries will form a Joint European Compound Collection consisting of up to half a million compounds that will be accessible to all project partners and to public organisations offering promising new targets for drug discovery screening. These target proposals will be selected through competitive calls.

Last year, Johnson & Johnson established Janssen Labs in San Diego, while Bayer HealthCare Pharmaceuticals opened an incubator at the University of California San Francisco and announced that is planning to open a second CoLaborator in Berlin, Germany. Industry backed incubators take into account that innovation is a collaborative process and focus on sharing risks and rewards, thus stepping beyond the confines of a traditional life science incubator. Benefits for SMEs include access to resources and infrastructure of global players and day to day contact with potential customers and markets. This concept can be expanded by including a VC fund model.

Over the past few years, several big pharma companies including Eli Lilly, GSK, Merck, and Pfizer have begun to apply the crowdsourcing concept to early drug discovery and development. Lilly has been the most active in this area and has helped to create or spin out several projects that form the basis of Lilly’s Fully Integrated Pharmaceutical Network (FIPNet) model, which is designed to access ideas, resources, and talents beyond ‘its walls’ through collaboration with external academic research scientists, nonprofits, and biotechnology firms. In addition Lilly recently opened together with TVM and Teralys a Canadian unit of Chorus in Montréal. Chorus, an autonomous unit of Lilly, is a global-early-phase drug development network that focuses on designing and executing lean and highly-focused development plans that cost-effectively progress potential medicines from candidate selection to clinical proof-of-concept. GSK is attempting to remove patents and intellectual property as barriers to new drug discovery. In a first step, GSK has released 800 compound and process patents into the public domain and last year offered 13,000 potential antimalarial NMEs to academic researchers to encourage identification of promising lead candidates.

Big innovation requires new and open minded thinking. In the past there were very different cultures in the pharma industry, biotech and academia. The future of drug discovery will depend on the ability to establish fair partnerships between these different players, based on novel approaches to capitalise on the potential of excellent basic research for the discovery of new therapies. To achieve this goal of open innovation, new infrastructure and financing tools have to be created within academia and the industry through public private partnerships. Sometimes you need to spend money to make money. In addition, certain barriers from patents and intellectual property must be removed by the industry to create new engines for successful biopharmaceutical innovation. In the future, drug companies will compete and collaborate with not just the denizens of the current ecosystem—biotech and medtech firms, CROs / CMOs,

academic organisations, other pharma companies—but entirely new classes of non-traditional entrants: from IT companies to large to non-profit organisations. They can only be successful if they learn from their entire network.

In the past decade, as their biggest products started to go off-patent, companies have had to overcome the blockbuster model and responded to the innovation gap in the post-blockbuster world by vertical approaches and decentralisation. They have set up more autonomous and flexible R&D units and were increasingly relying on partnerships and in-licensing drug candidates from the biotechnology sector to supplement its pipelines. This has lead to a situation where the relationship between pharma and biotech is one of licensing, mergers and acquisitions. Of late, several megadeals have been closed such as the acquisition of Medimmune by AstraZeneca and Organon by Schering-Plough. The peak of this development was the acquisition of Genzyme by Sanofi in 2011. 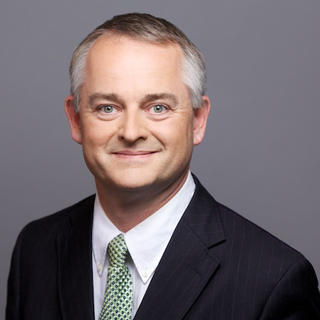 Kai Bindseil is responsible for the life sciences and health activities within the TSB Innovationsagentur GmbH. He studied chemistry at Göttingen University, worked at Ciba, was head of drug discovery and development of AnalytiCon AG in Berlin and served as COO at AnalytiCon Discovery GmbH.