The Role of Orphan Drugs

The Institute for OneWorld Health has developed Paromomycin IM Injection to treat visceral leishmaniasis in India. In the future, similar models can be used to bring new drugs to the people suffering from neglected diseases in the developing countries.

At the Institute for OneWorld Health, we are pioneering an innovative approach to developing the drugs most needed to treat neglected diseases in the newly industrialising and non-industrialised world.

On August 31, 2006, the Government of India approved our first drug, Paromomycin IM Injection, to provide a new treatment for visceral leishmaniasis. Paromomycin Injection is safe, affordable, can be administered outside an urban hospital setting and most importantly, confers a lifetime cure to those suffering from this terrible disease. Visceral leishmaniasis is the second most prevalent parasitic disease in the world after malaria, and if left untreated, is almost always fatal. It’s a largely forgotten disease and is often recognised as a disease of poverty since it affects only the poorest of the rural poor. Ironically, this neglected disease afflicts almost 500,000 people around the world annually, in India, Bangladesh, Nepal and parts of Africa and Latin America.

OneWorld Health was created as a non-profit pharmaceutical company because the medicines needed to treat neglected diseases were often slow in coming, or entirely absent from the pipeline of a traditional pharmaceutical company. Yet, the need for these drugs was, and continues to be, staggering. The global disease burden associated with diarrheal diseases, is the focus of OneWorld Health’s newest area of drug research and discovery. Diarrhoeal diseases are a leading cause of death in children under the age of five worldwide taking more than 2 million children’s lives as a result of dehydration and combining with other conditions to worsen illnesses that ultimately kill 4 million more children per year.

Neglected disease drug development and the recent success of Paromomycin Injection was possible due to the increase in philanthropic support, and selective and strategic partnering between the pharmaceutical industry and non-profit global health organisations combined with the incentives offered by the US and EU to neglected disease drug development efforts. OneWorld Health received Orphan Drug Designation from the US FDA and the European Agency for the Evaluation of Medicinal Products (EMEA) for Paromomycin Injection to treat visceral leishmaniasis in early 2005.

Because Paromomycin Injection treats an illness that is rare in the United States and Europe, it is considered an orphan drug, essentially granting special consideration to a small disease. The policy dimensions are striking. Orphan drug status is typically approved for the treatment of diseases that affect fewer than 200,000 people in the US or Europe. Yet, some 500,000 people around the world contract visceral leishmaniasis each year. For those of us committed to addressing global health inequities, this dichotomy can also offer opportunity, both to address other diseases and develop other medicines. Essential, life-saving treatments can offer simple and cost-effective solutions for treating many current global health problems, but existing drugs tend to be prohibitively expensive or are not available.

Much has been written in the last several years about the 10/90 gap, a critical under-investment in which, on a global basis, less than 10% of health research and development (R&D) resources were being applied to 90% of the world’s health problems. Many factors are slowly helping to change the imbalance, including a resurgence of interest in and attention to global health and neglected diseases, increased resource mobilisation for research, the active management and transfer of drug development technology, and greater infrastructure and capacity development. Orphan drug designation can be an additional tool to help create and leverage commercial incentives in the United States and Europe to support the development of drugs for low and middle income countries with the highest burden of disease.

Close to 10 million people die globally each year from diseases that are treatable with existing drugs, according to the World Health Organization. An urgent need clearly exists for new models of drug development and incentives customised to meet the growing needs and changing realities of the world’s poorest people. OneWorld Health’s work is focussed entirely on developing safe, affordable and effective health solutions to treat poor, resource-constrained populations, and we’re an important part of this rapidly expanding and influential space. With the recent approval of Paromomycin Injection for what we believe will become an additional public health tool in India’s disease control programmes, OneWorld Health is transferring technology and facilitating knowledge exchange with local Indian healthcare workers and pharmaceutical manufacturers. We are reaching out to Indian policymakers and local health officials to facilitate the integration and uptake of Paromomycin Injection cure in existing healthcare delivery systems. And we are building a network with local partners, including distribution and delivery implementers, to ensure that the drug reaches remote rural villages where the vast majority of visceral leishmaniasis patients live with extremely limited existing health infrastructure and public health apparatus.

The implications of bringing an orphan drug to cure a neglected disease that kills communities in India, Bangladesh, Nepal and parts of Africa and Latin America are significant, but our development of Paromomycin Injection is only one small part of the renewed momentum around neglected diseases. The Bill and Melinda Gates Foundation’s work in particular has brought a hot spark of interest and hope back to the field, and a growing number of pharmaceutical companies, non-governmental organisations (NGOs) and product development partnerships (PDPs) are finding new opportunities and incentives with financial support from private foundations, investors and governments. New and innovative partnerships are emerging to support orphan drug development, including pharmaceutical sector-PDP coalitions that champion incentives for neglected disease development. And new public initiatives also have the right spirit and intent, including the introduction of US legislation that would require parties conducting neglected disease research to grant non-exclusive licenses to generic producers who supply developing countries with medical products.

At OneWorld Health, we’re excited about our part in helping to create health solutions for parts of the world where they are most needed. And essential to this effort in 2007, we will be developing customised pharmaceutical partnerships to support our access to products and compounds, manufacturing and patients. These are all important developments, with the promise of creating real social change and health impact in Asia and beyond. 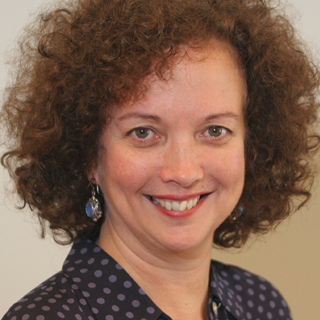